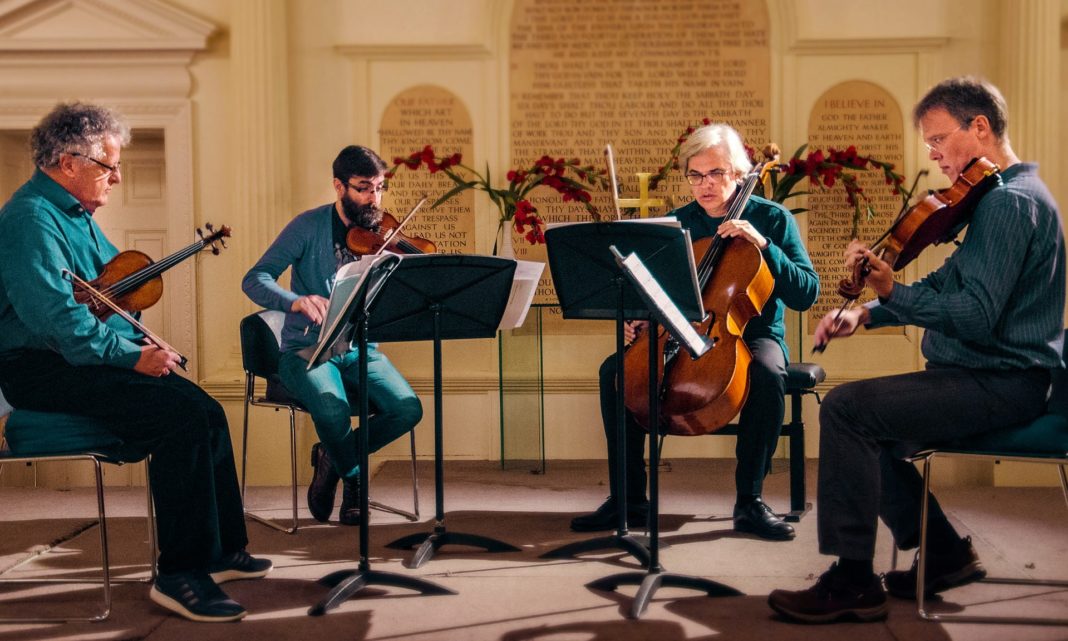 It’s the web of sounds that the Italian composer Salvatore Sciarrino conjures from string instruments – teetering between the edges of noise and limits of audibility – that best define his instantly identifiable soundworld. The Arditti Quartet’s latest appearance at the Wigmore Hall in London was framed by Sciarrino’s earliest and most recent works for string quartet, and they showed that reimagining the possibilities of a string quartet was intrinsic to his music from the beginning of his career.

The earliest of the Sei Quartetti Brevi dates back to 1967, but it wasn’t until the early 1990s that Sciarrino completed the set of six miniatures, all of them with a bejewelled, Webern-like clarity, spun from harmonics, glissandos and tremolandos. In his latest quartet work, 2016’s Cosa Resta, a solo countertenor is added to the lineup. Sciarrino wrote the piece for Jake Arditti, the son of the quartet’s leader and those fragile musical landscapes now support and echo a setting of a 16th-century inventory of the possessions of the Florentine painter Andrea del Sarto, compiled by his widow 40 years after his death. It’s a mix of the mundane and the intensely personal, which Sciarrino sets in his familiar vocal style, sometimes briskly conversational, sometimes confidingly intimate, to conjure a perfect little scena, which Arditti presented immaculately. 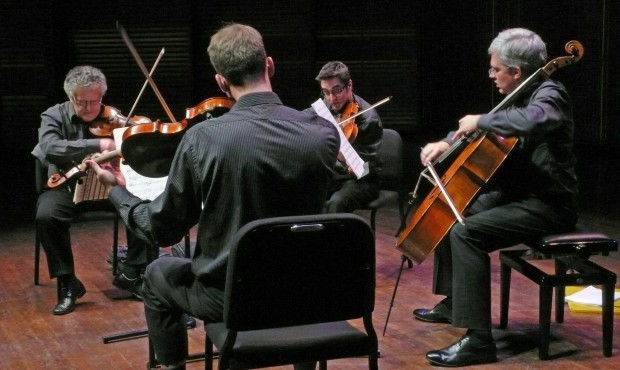 Sandwiched between the Sciarrino pieces were two more works the Ardittis premiered last year, receiving their UK premieres. Rarely rising above pianissimo, the 12 miniatures that make up Mark Andre’s iv 13 are audibly influenced by Sciarrino’s evanescence, on to which they graft microtonal tunings and some of Helmut Lachenmann’s extended instrumental techniques; the effect is mysterious and sometimes rather touching. And with its strong rhythmic profiles and dense, strident rhetoric, interrupted by occasional moments of uneasy stasis, Philippe Hurel’s Entre les Lignes offered maximum contrast to the rest of the programme, though without ever leaving a memorable impression.

As usual, the Ardittis’ command of the techniques and effects required by all the pieces in this demanding programme was complete; as usual, too, their no-nonsense efficiency disguised the special virtuosity required.