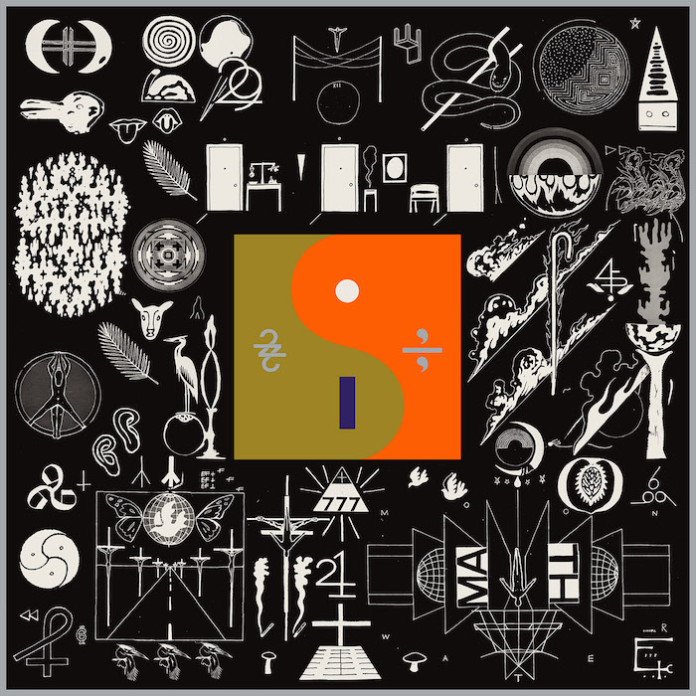 Vocal snobs had better get used to Auto-Tune, because it ain’t going away. For artists like Rihanna and Young Thug to use the technology is one thing; we expect pop stars and rappers to be crass. For a neofolkie heartthrob and indie cause célèbre like Bon Iver’s Justin Vernon to release a whole album deconstructing his voice is quite another. Bon Iver’s new 22, A Million, out since September, layers on the blips and bleeps and electrocoughs of digital phlegm, expressing through form the anxieties that a million forlorn ballads couldn’t capture. The way shards of melody shimmer, invert, and catch in his computerized throat says all you need to know about the appropriation of a pop technique as an avant-garde alienation effect among the popwise and the arty alike. Now if only he’d written some coherent songs to back the formal breakthrough. If only the voice undergoing deconstruction weren’t a gushy high falsetto barely capable of enunciation even before it got digitized.

Those who’ve been following Bon Iver over the past decade will understand how 22, A Million furthers a legible progression. Start with 2008’s For Emma, Forever Ago, the infamous debut Vernon recorded alone in his father’s Wisconsin hunting cabin after leaving his band, breaking up with his girlfriend, and deciding to start his life over. (The album’s Wikipedia article reads like a parody of a singer-songwriter origin myth: “He mulled over thoughts about his relationship with [his ex-girlfriend], a break-up he had struggled to get over. […] His father would drop by ‘every 10 days or so,’ supplying his son with beer, eggs, and cheese.”) Irresistible if you like sensitive bearded hipsters, intolerable if masculine self-pity makes you squirm, the backstory either way is the most interesting thing aboutFor Emma, the kind of breakup album that gives singer-songwriters a bad name — slow, morose, its acoustic strumming rarely rising above a crawl, the album is distinguished by Vernon’s quavery, lonesome moan, a male-archetypal representation of Angelic Beauty mixed with Terrible Pain that merits the adjective “weepy” more than any other contemporary voice I know. Three years later, 2011’s Bon Ivermixed in a bunch of orchestrated electronics that vaguely recall megaplatinum AOR fixtures like Toto and Howard Jones without sacrificing languid atmosphere or melancholy quietude, daubing the residual guitar plucking and waves of noodling synthesizer with the kind of smooth plastic gloss that goes down like strawberries and cream when applied to teenpop but in this inappropriate folk-rock context tastes like cold turkey grease. These songs still qualify as songs, with discernible, repeated melodies and such, but the slickness saps them of focus, leaving only a soft, blurry rendition of Beauty in the abstract. Parsable yes, concrete no.

22, A Million is roughly comparable sonically while deleting any vestigial remnants of conventional songform. These alleged songs inhabit no discernible structure insofar as that term implies repetition and the capacity for passive, casual enjoyment. Vernon moans dizzy, winding, through-composed melodies over a fractured sea of acoustic folk riffage, wispy synth shimmer, and industrial drumming sharper and edgier than his norm. The latter sonic ingredient offers one example of how a seamless if cloying aural blanket has been ripped apart, punctured with metal knitting needles, and left spoiled without a repair strategy. The album emphasizes Vernon’s vocal garble, which is to his prior angelic whimper as Young Thug’s absurdist soundpoetry is to generic rappers mumbling their verses. The cold hand of digital modulation leaves unexpected traces in that ultrasensitive laryngeal quiver, and while it’s sometimes amusing to hear him undercut the prettiness that is his spiritual calling, more often than not his vocal performance screams overwrought artifice. “666 (Upsidedowncross),” fully formed where most of the album lives in fluttery doodle territory, juxtaposes glowing guitar pluck against a drum track that evokes water droplets in a dank cave. There’s also a half-duet between Vernon’s ordinary falsetto and his squeaky, digital chipmunked self. “715 (Creeks)” presents his voice alone, naked and unaccompanied, except when little bubbles of double-tracked electronic air erupt through his pharynx, elongating vowels, warping consonants, and stretching out the contours of natural singing until one’s conscious mind mutters ironic distance and the unconscious writhes at the earnest expression of pain. Otherwise, “45” is typical, in which a similarly textured vocal and a gauzy, electronic saxophone coexist in the same track without saying much to each other or justifying their coexistence. Prettiness and edgelessness are synonymous here.

Depicting the malfunction of form requires a preexisting form. Rihanna’s Anti succeeds because 90% of the album is mechanically flawless, lending each tiny crack in the surface the weight of an earthquake. To applaud deconstruction without applauding the original is either perverse or mean; appreciation of what came before predicates appreciation of 22, A Million. Fans will insert Bon Iver into the new album’s preexisting form slot and reconceive the music from there, but I can’t imagine newcomers hearing anything but mushy mishmash. For Vernon to have grown uncomfortable with his previous album’s slickness is unsurprising, as beauty and purity are stifling, conservative ideals, and so is earnest expression once one parses its implications about authenticity and the internal self. Formal breakdown aggravates rather than rectifies these irritants. His corrective strategy actively diminishes the alleviating pleasures he previously included (the pleasures of aural wholeness and an untampered sound, no matter what sound) while doing nothing to scratch the root itch (namely, the sound itself) or alter the original code. Nor has he invented a particularly novel set of alienation effects; the vocal strategy is familiar from hip-hop, the musical strategy familiar from any number of electronica and/or alternative rock albums hooked on faintness and misdirection. Add sonic gaps, jaggedy textural shards, and vocoder anomie to the previous album, subtract unifying electroriffage, warm synthesizer beds, and hummable tunes, as Vernon has done, and the abstract prettiness is left intact — just rendered more incompetently. Behold another Bon Iver album just as you’d expect, overflowing with easy feelgoodism, soft edges,  luxuriant emotionalism, and sumptuously instant gratification.

I don’t mean to posit a crisis of definition, what with several more pressing national crises at hand, but Vernon epitomizes an indie generation freaked out by the concrete. Bon Iver’s smooth textures and major-key ache imply beauty the way Radiohead’s pained lyrics and solemn sound effects imply great art. Don’t call this music escapist: the album fits escapist codes without specifying escape from or to what. 22, A Million is vague enough to cure any ailment, heal any sadness; anxiety over romance, gender, the economy, or subjectivity can be projected onto the album as you please. I prefer my blank slates crisper. Sensitive folkie troubadour tries to postmodernize, winds up incoherent — what a metaphor for pop music’s collapse.