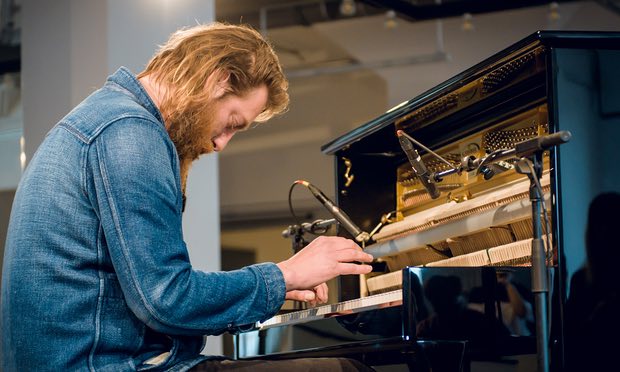 A Dutch amateur musician has given up his day job after seeing his self-released recordings streamed online more than 85 million times. Composer and pianist Joep Beving, 41, has become a one-man recording phenomenon and will give his first concert in Britain this week after a breakthrough into the big time.

Beving, who lives in Amsterdam, performed and recorded his “mood music” album, Solipsism, for the enjoyment of his family. Then, partly for fun, he made it available on music-streaming service Spotify. He never imagined that the contemplative, atmospheric piano tunes would draw such a vast audience worldwide. But such was the popularity of Solipsism that four record companies were soon fighting over him, and he has now been signed by Deutsche Grammophon (DG). A follow-up album, Prehension, was released last month. Speaking to the Observer last week, Beving said: “It’s overwhelming. Very surreal.”

Christian Badzura, a DG senior executive in Germany, said Beving has become “one of the most listened-to living pianists in the world” and the 85 million streaming count was very impressive. “It proves,” he said, “that if you compose good music you have the chance to connect with people immediately. The music does the talking – in the streaming world as well as in physical sales. Now, with the support of a world-renowned label, he is extending his reach.