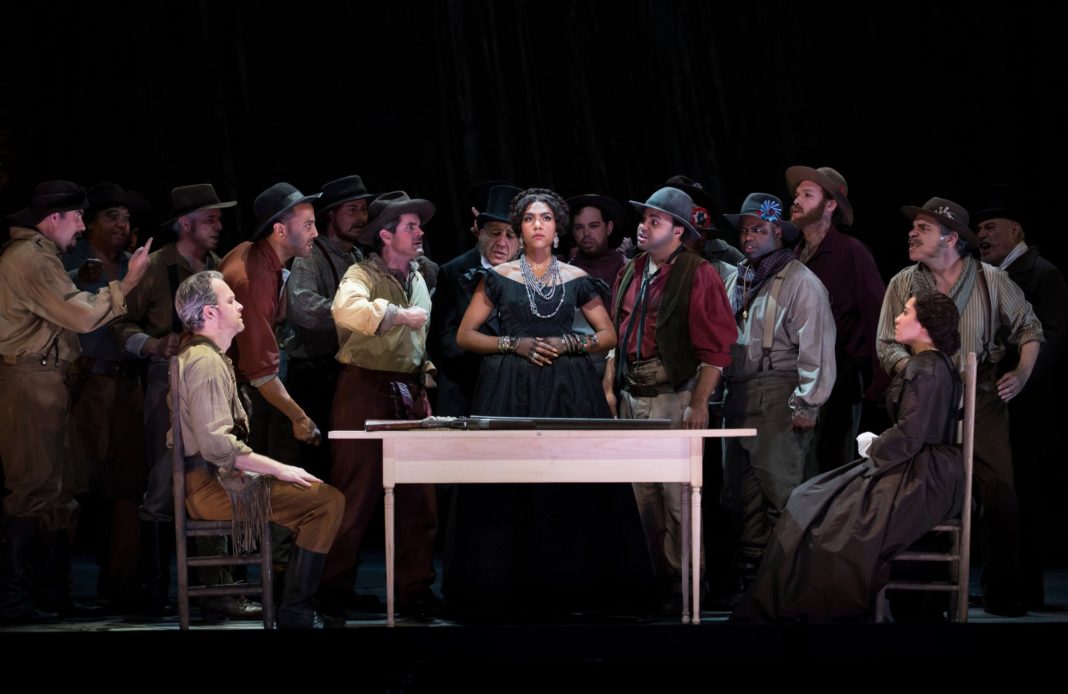 John Adams’ new oeuvre, “Girls of the Golden West” does for California romantic gold rush mythology what his earlier opera, Dr. Atomic, did for the idea that the Manhattan project was a smoothly run scientific operation. It blows it apart. 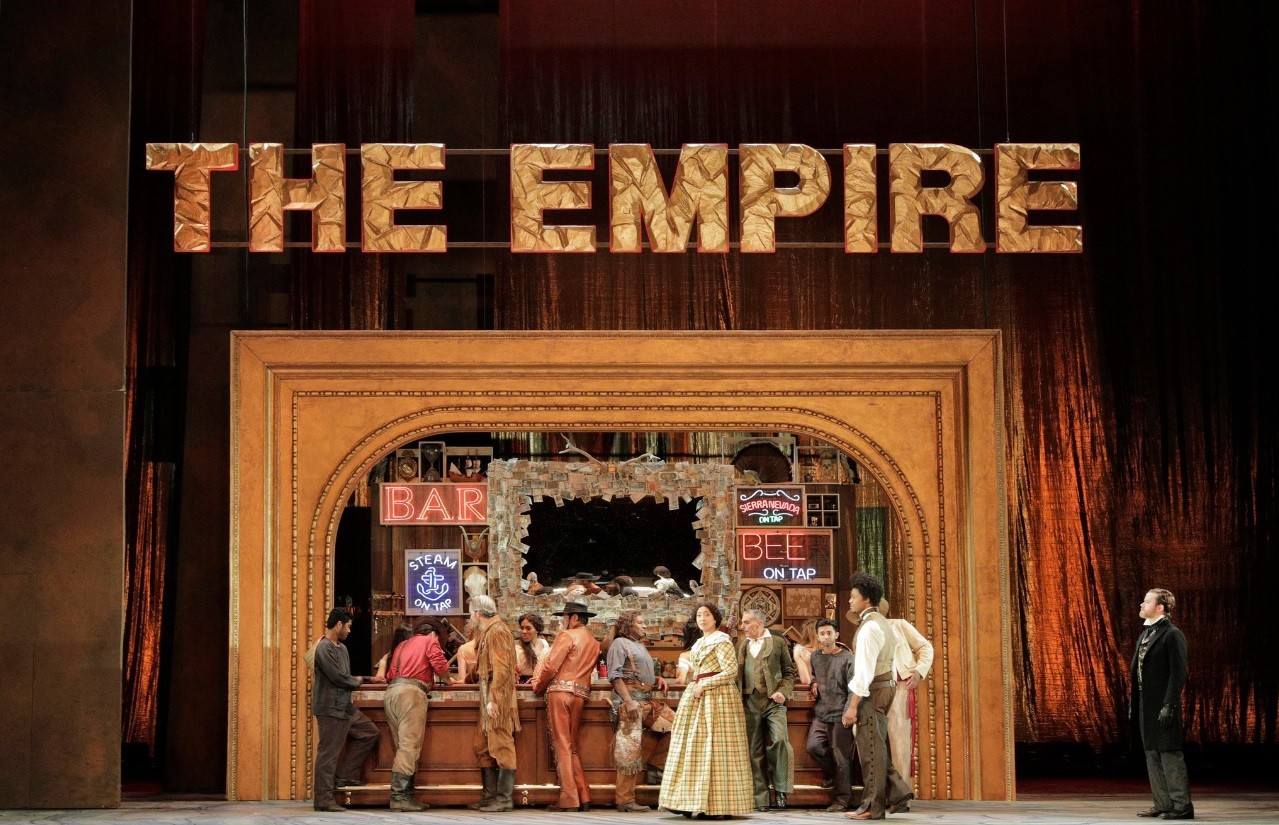 Adams has based his opera upon three well documented historical events that are a disturbing commentary on the brutal mores of the times and a stark warning from the past for anyone unconcerned by today’s burgeoning prejudices and vendettas.

Girls of the Golden West is hard history. In contrast  Puccini’s La Fanciulla was hokum. As a representation of the gold rush days Puccini’s plot is nonsense on stilts. The music rambles, too, except for the bandit Ramerrez’ aria, “Ch’ella mi creda.” It is mostly pleasant but un-memorable. 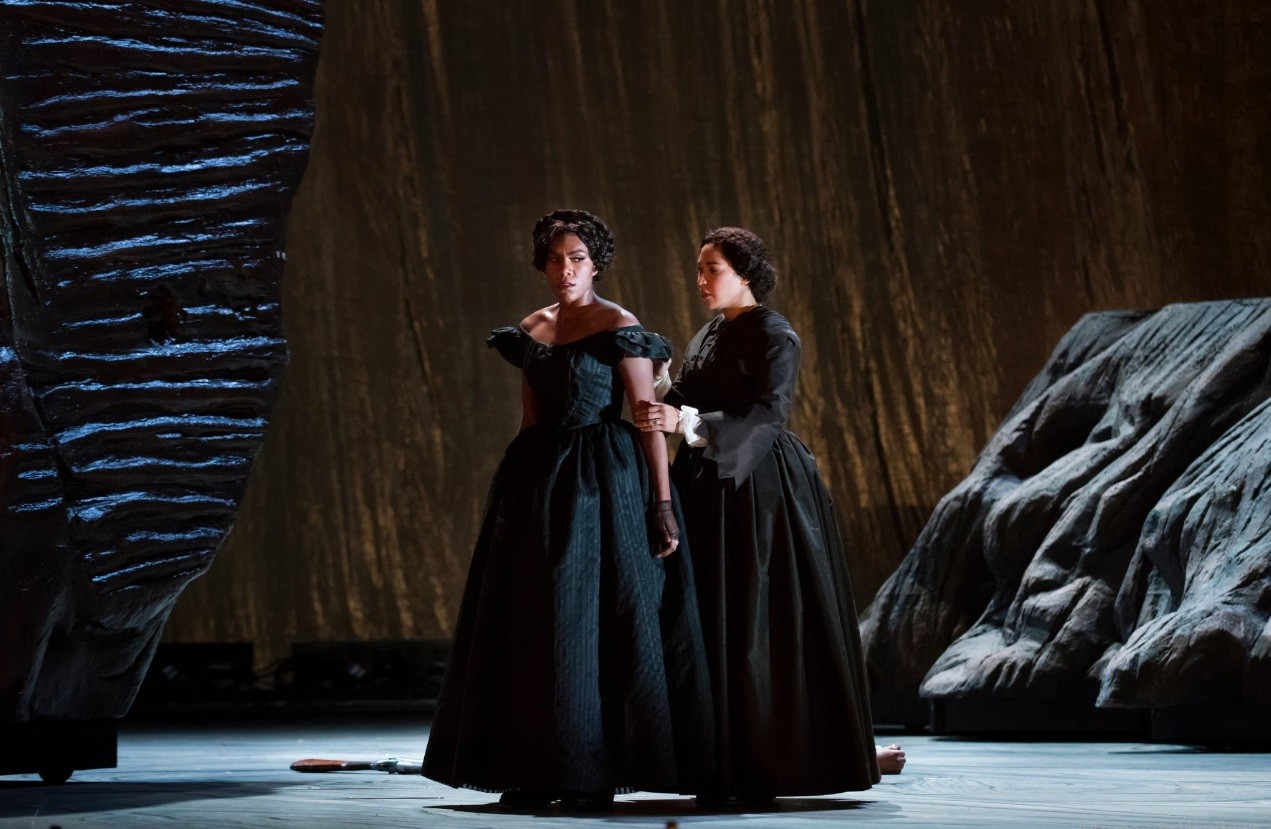 Puccini, commissioned to write about a gold rush in a land he never visited, grabbed the cheque and produced with his librettists Guelfo Civinini and Carlo Zangarini a “homey” story about a virginal saloon-keeper, Minnie, who taught the bible to the miners who frequented her saloon. Meantime, she was keeping her first kiss for “Mr. Right”, who turned out to be a bandit. 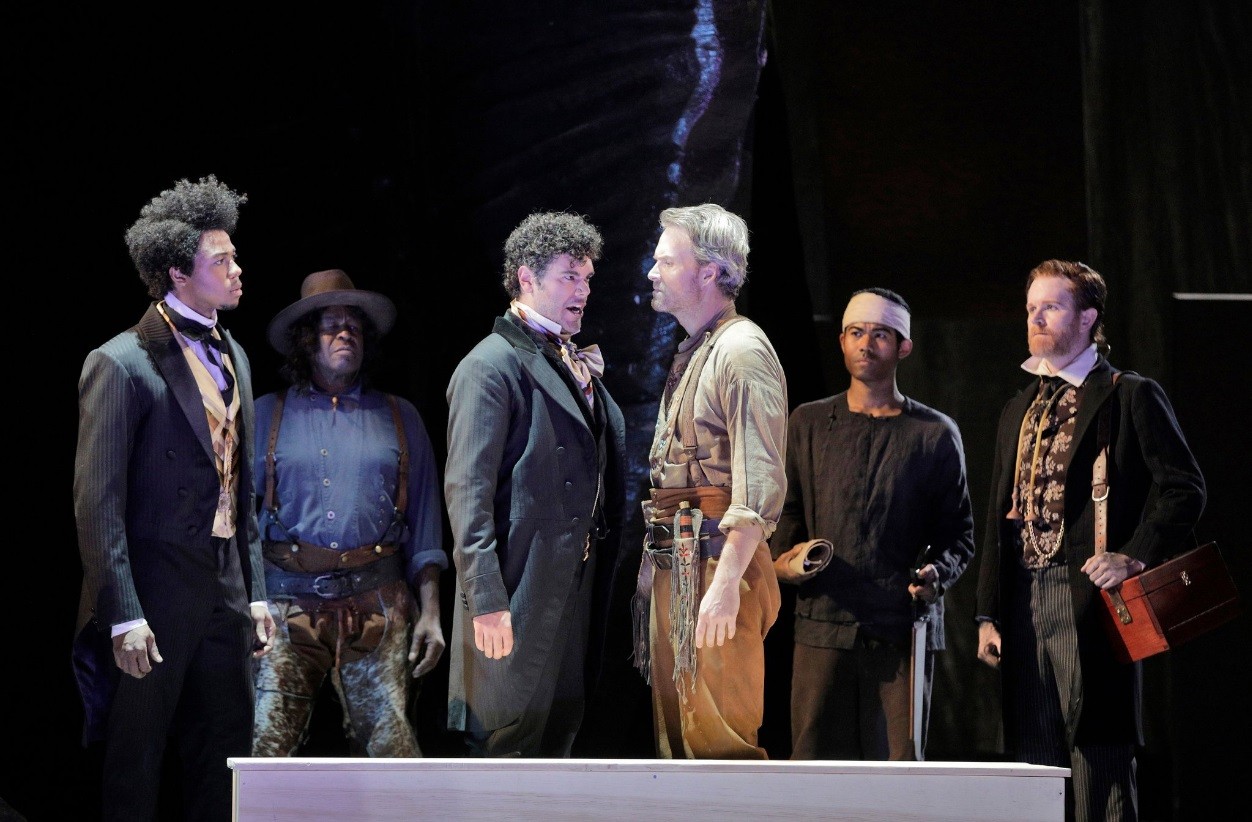 Really? Yeah, sure, well. Virginal, bible-thumping female saloon-keepers were all the rage in 1850s gold-rush California, especially the sassy middle-aged spinsterish sort. Common as gold nuggets in a stream were those darlings! And, when they fell in love, it was always the bandits wots got’em. 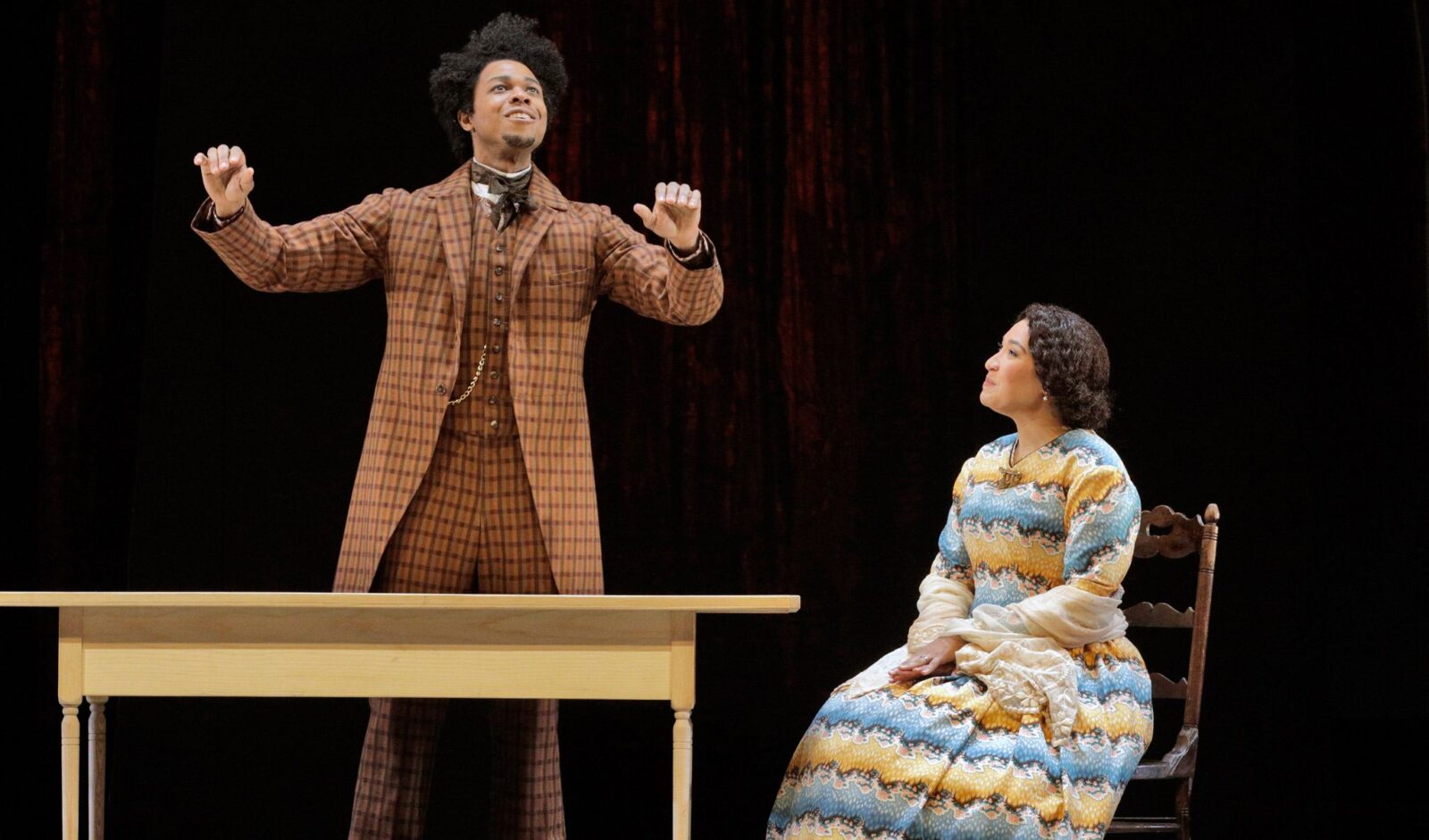 Opera comes in many forms, some buffo, some seria, some verismo, but perhaps “opera absurdo” in the fashion of Puccini requires a gentle corrective. Here, from Adams, we have it. Although there have been denials all round that “Girls” is aimed at putting Puccini fans’ noses out of joint, and setting the record straight, it does just that – and sounds warnings that resonate today.

Like Appalachian Spring, Girls of the Golden West is about honesty, exposing American life through the lurid and often tragic stories of the varied hopefuls who headed west – and north – to California.

Giant Sequoia Skyscraper Lets You Live in the Trees