Home Events Music Run The Jewels debuts the first single from its new album—in a... 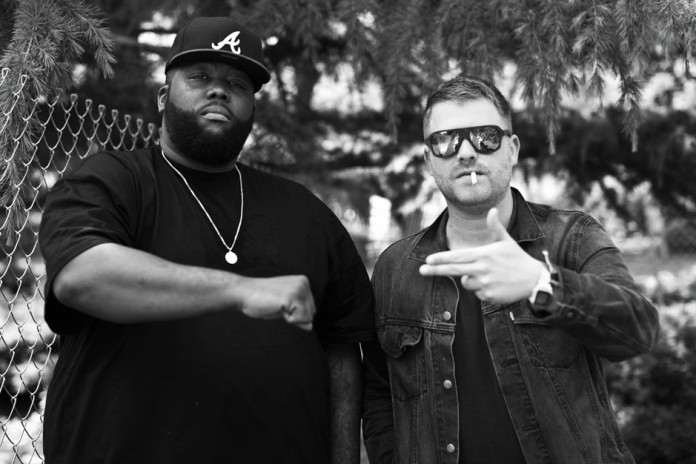 Run The Jewels’ next album still doesn’t have a release date, but the hip-hop duo have finally given the world a taste of what’s to come. The catch is, you have to sit through a trailer for Gears Of War 4 to hear it. Following a previous clip that mashed up footage of Microsoft’s gory sequel with “Nobody Speak” by DJ Shadow and RTJ, the latest trailer debuts the game’s take on Horde mode—where players work together to slaughter increasingly tough waves of enemies—as well as the first track off of the upcoming Run The Jewels 3. It’s just a sample, really, with less than two minutes of the song, titled “Panther Like A Panther (I’m The Shit),” buried beneath all the whizzing bullets and blood spatter.

The Gears/Run The Jewels collaboration doesn’t end there. Pitchfork reports that the duo will be appearing as playable characters in the game’s multiplayer mode. The group is also running with a new take on its famous logo, replacing its right hand with the game’s signature chainsaw gun and adding a Gears Of War logo to the left hand’s chain. They’re even selling special T-shirts on their website, which now features a badass photo of Killer Mike handling one of those aforementioned chainsaw guns while El-P stands stoically behind him.