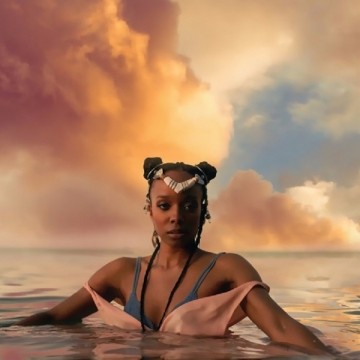 When personal expression is your aesthetic mode, then aesthetic quality depends on quality of personality. Here’s the thing about singer-songwriters: when personal expression is your aesthetic mode, then aesthetic quality depends on quality of personality. Not a nice personality per se, or even a personality worth inviting over for dinner — just a personality you’re happy to spend time with, provided the contact is mediated through music. After all, Bob Dylan could be a real jerk sometimes. Find below four singer-songwriters reviewed in said Nobel laureate’s honor.

It’s not often a new album uses the lo-fi sonic palette to novel effect, but here you go: that dry acoustic clang mirrors the existential dread in Mitski’s songs exactly, and when the guitars suddenly swell up in distorted electric explosive unison, it’s like the style has never worn out, formally speaking. Leave it to a singer-songwriter who hates emotions to make unfettered emotional spew powerful again.

Since she sings about anxiety and failed relationships and emotional metaspirals veering out of control and the struggle to be happy, those invested in an emo revival tag her crunchy, strummy style as emo, especially insofar as her full, max-volume choruses recall Weezer’s, but to me the term implies an anthemic pathos whose tenderness in the punk context conveys doomed struggle against the inevitable failure of punk energy. It’s a struggle Mitski gave up long ago. As she basks in the languidity of despair while avoiding the potential languidization of her music, she relishes that failure; this is more like a Sharon van Etten album with riffs and attitude. Morose lyrics, melancholy tunes, and all that negative energy is tied to fuzzy, crackling guitar noise that keeps threatening to crumble apart but somehow just barely skates through in one piece, the perfect metaphor; the slam-dunk power-chord exercises that punctuate the record are framed by quieter, jaggedier layers of acoustic pluck and electric whine. Simultaneously flat and vibrant, her deadpan, apathetic moan of a voice sums up a musical signature that’s abrasive not because it gets in your face but because the run of life has beaten it into resignation.

Clever and scary and heartfelt and aloof the whole way through, this spiky sadgirl quasipunk album peaks in the middle: with the fist-pumping singalong “Your Best American Girl” and the horrifying “I Bet on Losing Dogs,” as in “I bet on losing dogs/I know they’re losing and I pay for my place by the ring/where I’ll be looking in their eyes when they’re down/I’ll be there on their side/I’m losing on their side.”

Australia’s reigning Southern-gothic novelist-rocker has been releasing albums pretty regularly since the early ‘80s, and while he peaked during that decade he’s scored plenty of good songs in the meantime. This album is a bigger, grander, more solemn statement than his norm, which hardly makes it more consistent (or inconsistent) than usual.

While the Bad Seeds have shifted around between various genre pastiches throughout their career, Cave’s signature mode is a kind of ultraserious Romantic goth-Americana, compelling for how deeply and absurdly he dives into the neogrotesque. This album, one of his most acclaimed works ever, was written partly in response to the death of his teenage son (and part was written beforehand), and I feel guilty about reporting that tragedy has failed to elevate Cave’s muse — it’s inspired him to cut down on the humor while rendering tasteless any response that takes the album as camp. Since this music furthers the trend toward slow atmospherics, first hinted at on 2013’s Push the Sky Away, that leaves little to enjoy, musically or otherwise. If the idea of a man reciting graphic, cryptic verse in a ponderous baritone over throbbing beds of synthesizer gush sounds like it might scratch your itch for sincere, self-conscious art, by all means immerse. I’ll stick with “I Need You,” the only song here where Cave sings a real melody, the synthesizer starts to glow, and the tempo rises above a crawl. It’s utterly arresting, and it’s an exception.

Maybe Cave’s sincerity — after so much weirdness and irony — is an attraction for fans who aren’t quite diehards. It’s a reasonable notion, but in practice the album is an expression of grief too private and painful for outside ears.

You know Jamila Woods — she sang the chorus on the Social Experiment’s “Sunday Candy” and backing vocals on Chance the Rapper’s “Blessings” (and also Macklemore’s “White Privilege II”). On her solo debut, she fashions an impressionistic, enchanting neosoul style from nothing but voice, beatcraft, and endless good vibes.

Despite the occasional playground chant, this album isn’t an immersion in childhood like Chance’s Coloring Book — it’s too airy, too casual, too sweeping, projecting an aura of sophisticated calm rather than dinky cheer. But like Chance and any number of other related artists, Woods furthers a recent communal project of inventing modern black pop styles that recombine classic sources like jazz, soul, gospel, and the like without turning retro. Woods’s warmly electronic backing beats suggest lushness without qualifying as lush; individual keyboards or horns with soft, velvety textures spread and echo over relaxed drum machines, filling wide musical spaces that would otherwise remain open. Played in the background, this music blossoms into an immersive soundworld; concentrate and it concretizes into a spare, sharply discrete electrosmooth machine. Reassuringly soul-traditional on her guest features, Woods’s voice is so much tangier and chirpier here — she tastes liquid consonants like they’re sugarcoated with a faint hint of lemon, savoring her words leisurely and with calculated effortlessness, as choice words echo a little, suggesting the shadow of a choir the way her beats suggest the shadow of a full band. Message: from the individual springs community.

Lyrical topics include racial justice, therapeutic regeneration, swimming in Lake Michigan, and being a space alien, but her music’s about the construction of sonic luxury from a crisp, elegant vantage point. This album reminds me of summer. It’ll warm up the room.

Previously, this St. Louis pseudofolksinger specialized in the jagged fragment, with fuzzy guitar static and/or earnest solemnity hiding patchy songwriting. Here, she cleans up the sound, clears up her voice, and riffs up the band, resulting in a better album than before, by a slighter margin than one would hope.

Compared to 2014’s Burn Your Fire For No Witness, what stands out about this album isn’t the drive, which isn’t new, but the friendliness, which is; it’s always nice when eccentric sadgirls start singing tunes you can hum with a smile on your face and a spring in your step. Her dogged, dynamic, texturally varied folk-postpunk band jumps from the speakers with confidence and glee, and the throaty distortion of her voice fits these songs quite specifically, especially on the album’s first half: “Never Be Mine” is the kind of retro coffeehouse ballad so vivid one can’t quite place its stylistic source (“Heeeeeee wants to know why”), “Shut Up Kiss Me” is exactly as joyful and zippy as the title suggests, and when “Not Gonna Kill You” deploys a riff I keep expecting will lead to Suede’s “Metal Mickey” but instead morphs into another coffeehouse ballad complete with jangle and wail, things could hardly get more irresistible. On the second half, which Olsen herself describes as more slowed-down and “reflective,” the songwriting quality doesn’t dip so much as stop doing cartwheels. Although she’s still recognizable in sober confessional mode, the general return to singer-songwriter convention marks the difference between a bizarre, playful record and an ordinary record dotted with bizarre, playful songs.

Olsen comes close enough to fully realizing her signature folk-postpunk hybrid that one can hear what that would sound like. She’s almost there.