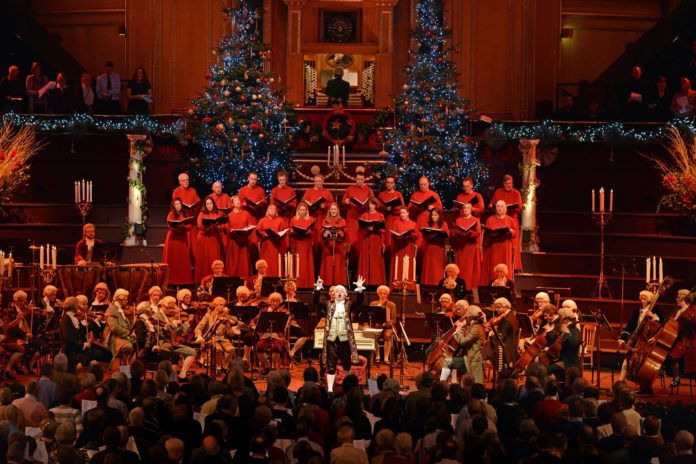 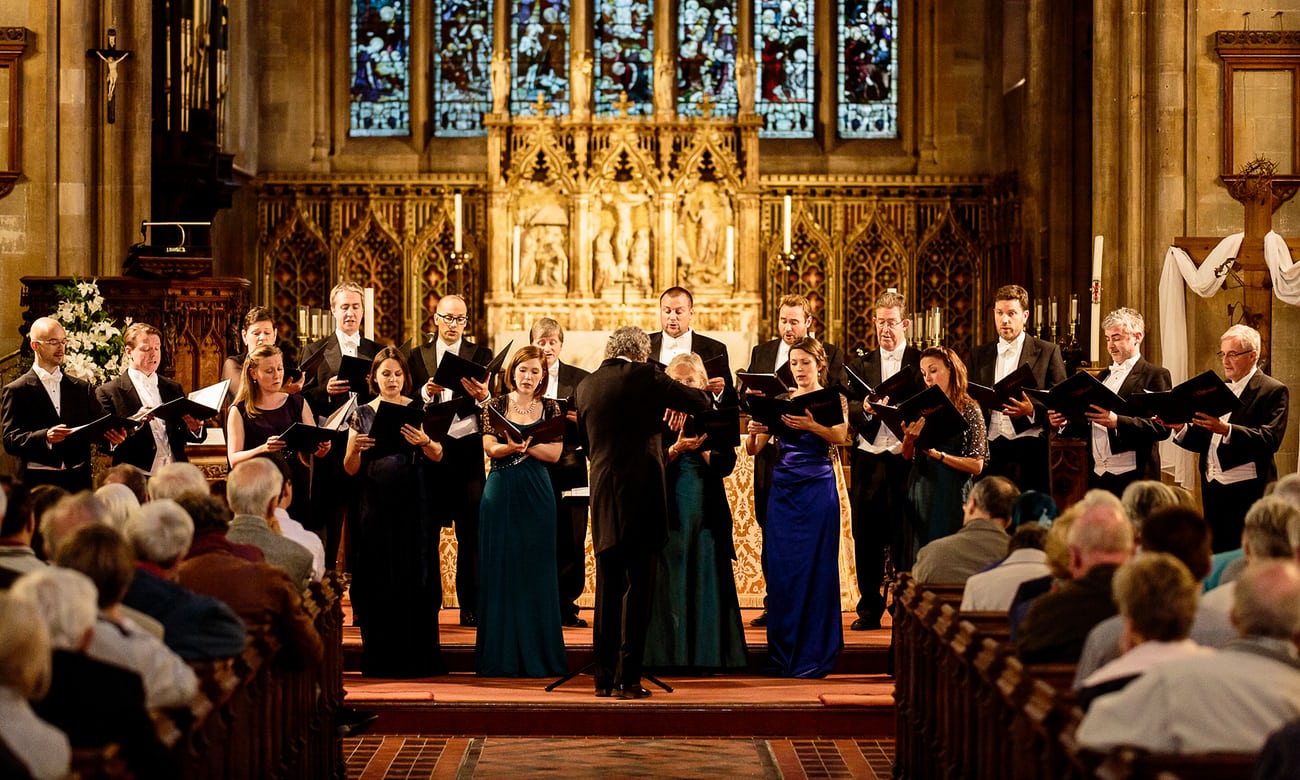 The Sixteen at Christmas. Let’s start with a carol concert that isn’t strictly a carol concert at all, and where there is definitely no singing along. This is choral music of the highest calibre from the Sixteen, famous for their pearlescent tones and elegant programmes. Their Christmas 2017 tour programme encompasses everything from Basque carols and Palestrina to juicy Poulenc motets and a new commission by Marco Galvani.
•8-21 December, various venues. Tickets still available in Gateshead, Glyndebourne, Birmingham, Taunton, London and Reading. 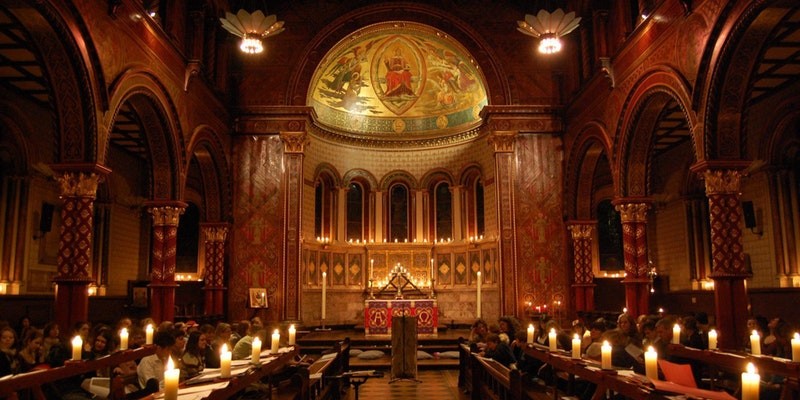 Choir of King’s College London Advent carol service. This is a double whammy of hidden London gems. The exquisite neo-Byzantine chapel of King’s College London, designed by George Gilbert Scott, is tucked away behind the bustle of the Strand. Like its home, the spectacularly good chapel choir hides its light to all but the initiated. Their annual carol service is perfectly intimate, a heady mix of mulled wine, candlelight and well-chosen music, from old favourites to new discoveries.
•7-8 December, King’s College Chapel, London. 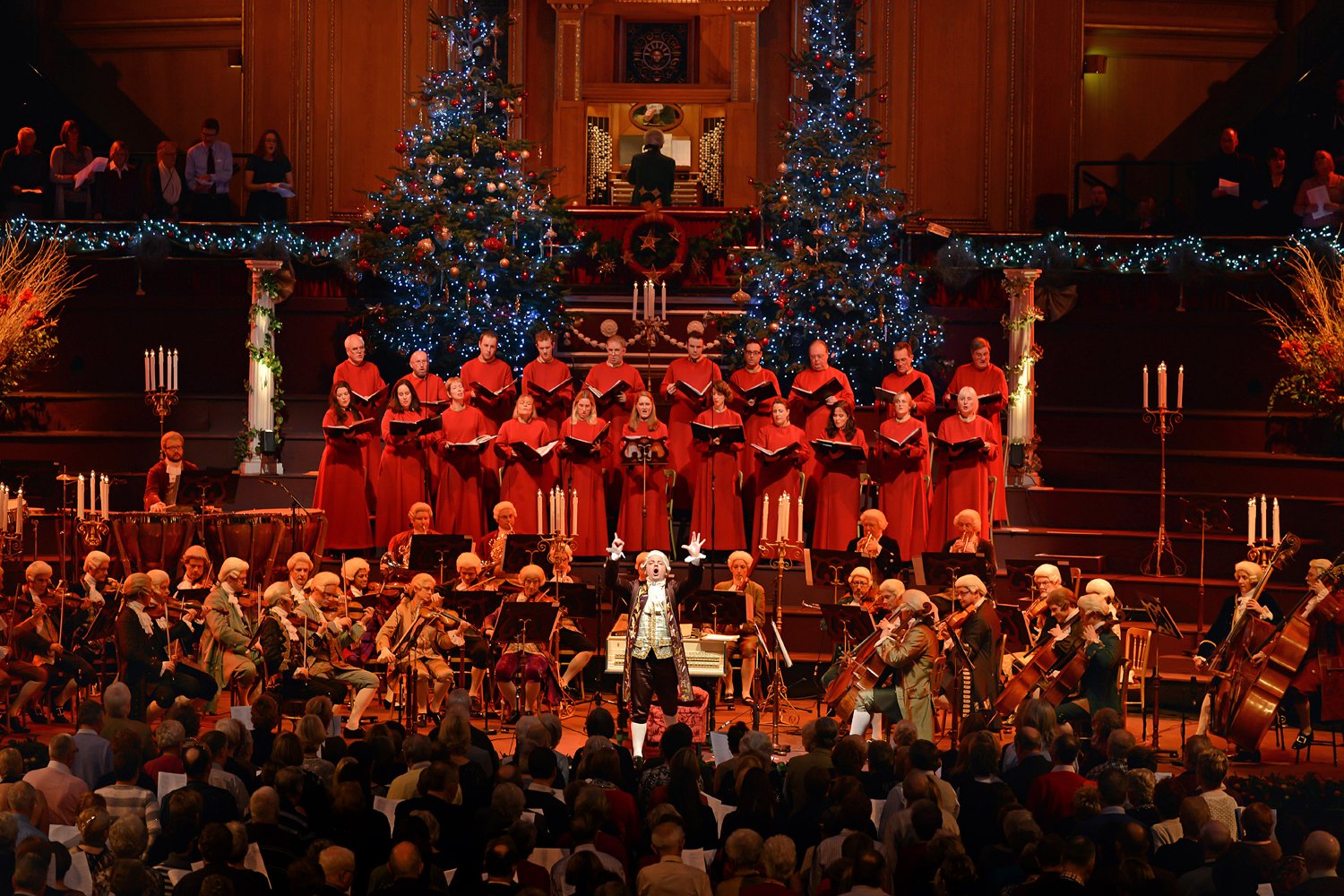 Carols By Candlelight. Of all the Christmas shows at the Royal Albert Hall, Raymond Gubbay’s, the self-appointed impresario of Christmas, must be the highlight: you can laugh at the ludicrous 18th-century costumes while admiring the excellent musicianship of Steven Devine and the Mozart Festival Orchestra. Plus, you get to sing along with six of the best-loved carols.
•16-24 December, the Royal Albert Hall, London. 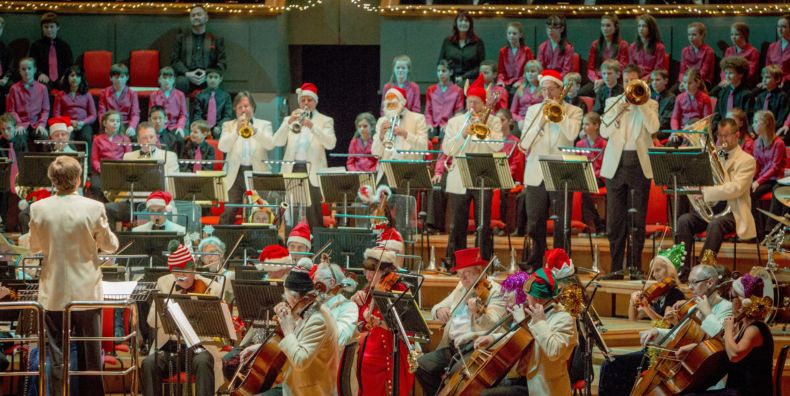 A choral Christmas with Ore Oduba. This is by far the best quality singalong you’ll find in the UK, both musically and acoustically. Bring the whole family and get ready to join in favourite carols alongside performances by the City of Birmingham Symphony Orchestra and massed choirs from around the city. Choral conductor Simon Halsey presides over the music, but the real draw is the evening’s host, last year’s Strictly champion Ore Oduba.
•19-21 December, Symphony Hall, Birmingham. 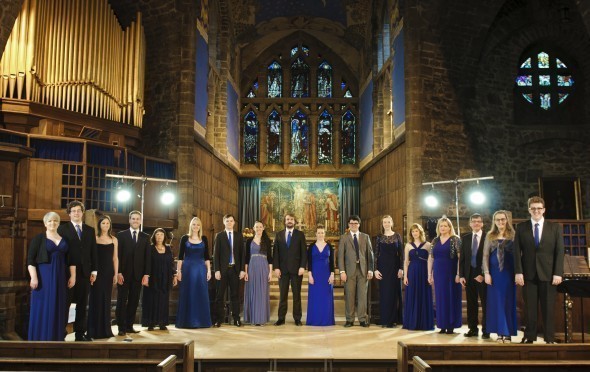 Voices of Hope celebrate Christmas. Reigning champions of the BBC’s Choir of the Year, this terrific, classy Newcastle choir return to the lovely St Oswin’s church, 10 miles outside of Newcastle, for a concert of Christmas favourites, followed (for an extra tenner) by Christmas afternoon tea. If Wylam is out of your way, you can also catch Voices of Hope in a Festival Celebration at St Nicholas’ Cathedral in Newcastle itself on 8 December.
•2 December, St Oswin’s church, Wylam. Tickets available from Stobo’s Shop, Wylam.

National Youth Choir of Scotland’s Carols at the Castle. A chance to support the new generation of Scottish singers while savouring a glass of mulled wine in one of the country’s most beautiful buildings, this is surely the antidote to sitting through all those endless school concerts at this time of year. The impressive great hall of Stirling Castle will be lit by candles as the local contingent of the award-winning National Youth Choir of Scotland perform classic carols and Christmas songs.
•10 December, Stirling Castle. Sara Mohr-Pietsch presents Choir and Organ on BBC Radio 3 on Sundays at 4pm.

Terra Foundation, Warhol Foundation Will Sponsor an Exhibition in the Tang Museum