AquaSonic’ sounds like a siren song for sea creatures.

It sounds like a lullaby composed to calm Cthulhu, but in reality, the music in AquaSonic is made for human ears. Created by Danish art group Between Music, the performance submerges five musicians and their instruments under water for an eerie, unsettling, and beautifully fragile concert.

The idea first emerged in 2004 while vocalist Laila Skovmand was exploring new vocal techniques. “I had this idea that, if I sang into the water, I might get some reverb or other kinds of sounds,” she tells Creators. Skovmand experimented by just barely pressing her lips to the surface. “I got so excited about this water and started to gradually put my lips down and explore it further,” she says. Two years later, she had the chance to fully dive in to explore her voice and instruments but discovered it was more difficult than expected.

“I couldn’t sing and the instruments I tried didn’t work, but I was hooked,” she says. “There’s this border between […] this easy fluid element, which is nice and sensual, and […] the obstruction of singing and playing instruments underwater.” 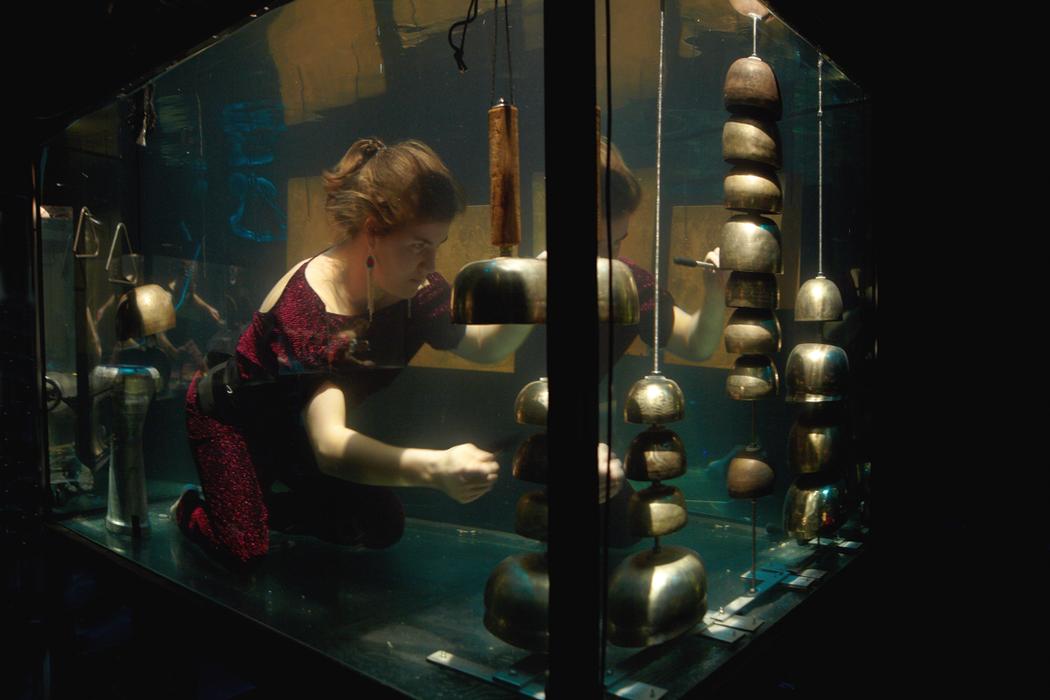 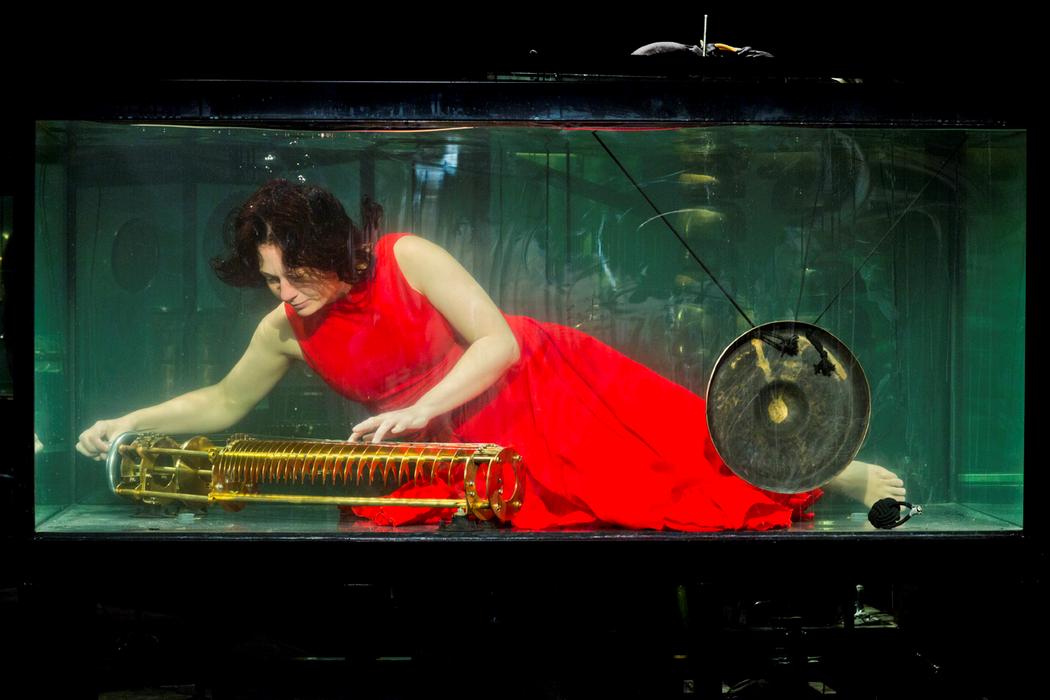 But musical instruments are harder to modify than breathing, so Between Music collaborated with inventors to create new ones. Among them is a custom-made crystallophone, inspired by Benjamin Franklin’s 18th century glass harmonica, which is played on glass tuning bowls turned on an axle.

“There are a lot of challenges underwater,” says Between Music co-founder Robert Karlsson, “especially with acoustics. The percussion instruments are very sensitive, so if you just move them even ten centimeters inside a tank, you get a different tambour and sometimes even different notes.” 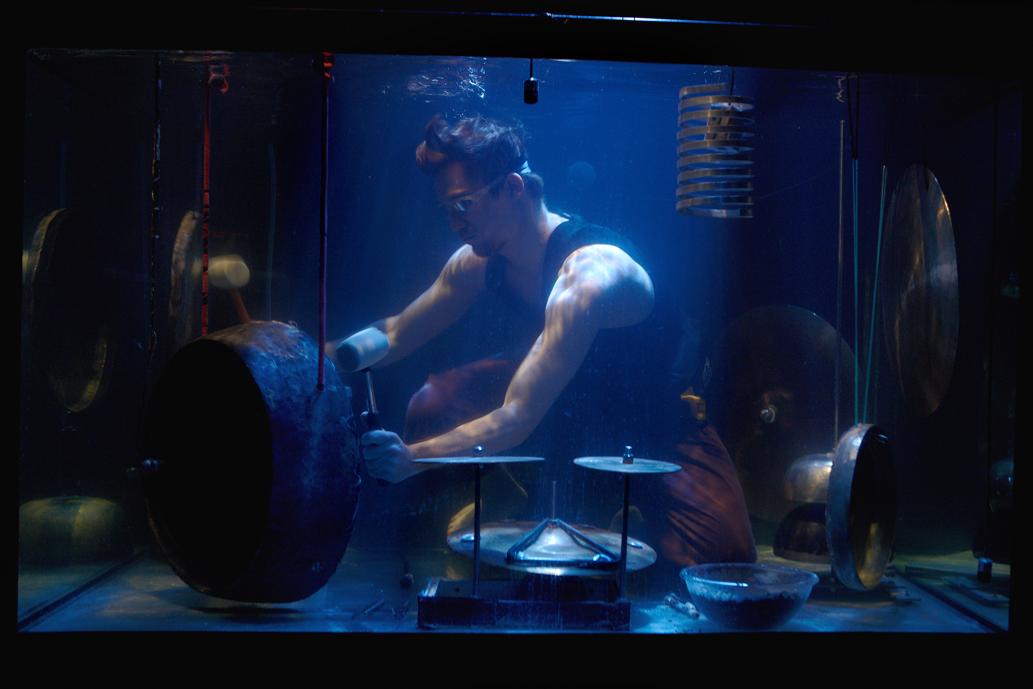 Despite the challenges posed by water, the medium also offered a unique way for the musicians to manipulate their sound. In one song, a percussionist strikes an underwater gong and moves the microphone closer to the instruments to create a wavelike effect. “I’m actually inspired a lot by computers, but you can’t hear that because we have no sound effects in water,” Skovmand says. “We have to create our own effects.” 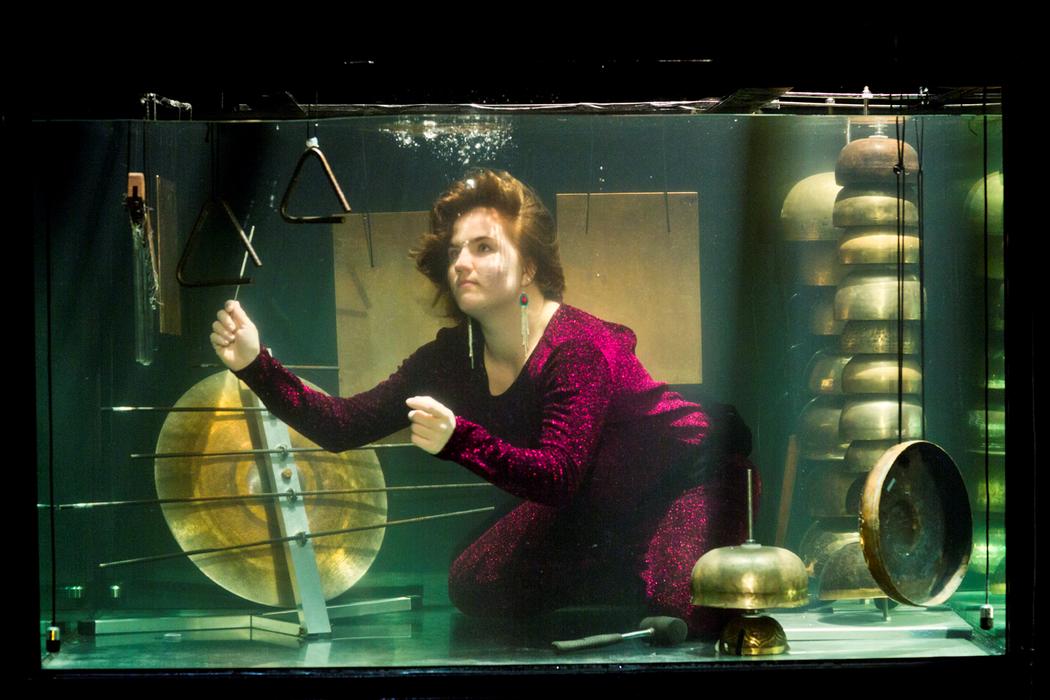 quaSonic is the first of four performances Skovmand has planned to explore human evolution. The others will touch on themes of life’s emergence from water, instincts, emotions, and intellect. The last may even take place in space, she says in jest. It will be a simple concert, since there’s no sound there. 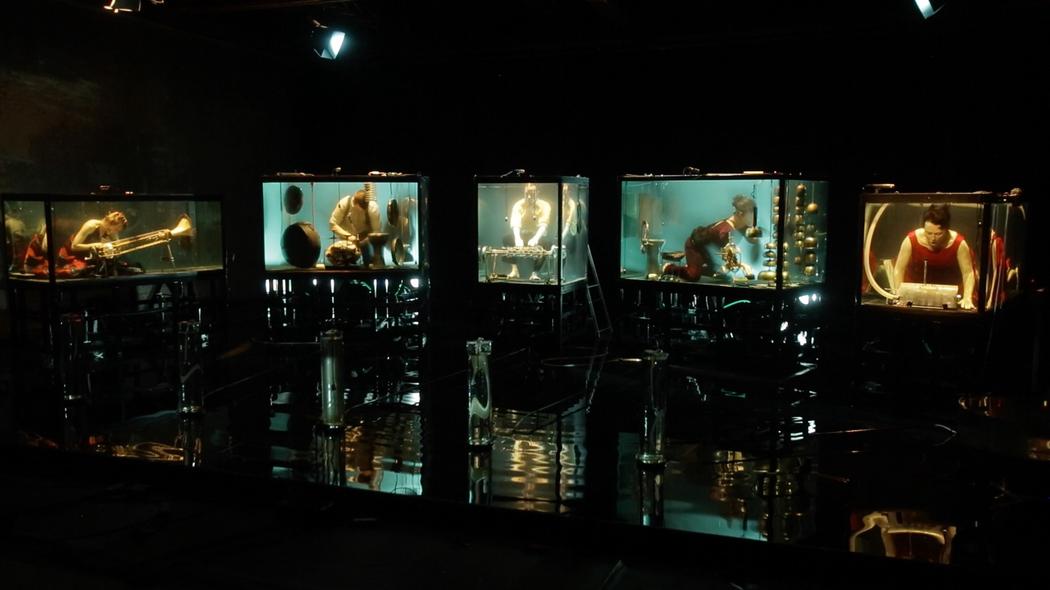