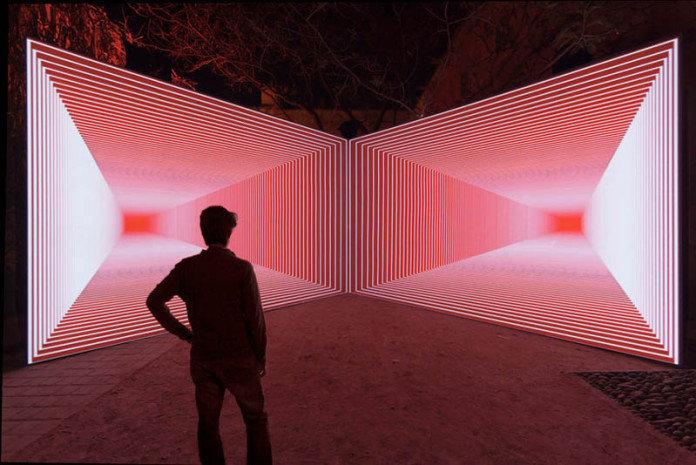 Olivier Ratsi is a French visual artist whose work is mainly based upon representations of space’s perception and the experience of reality. His audiovisual immersive installation, Onion Skin, offers the viewer a changing perspective of space and time. Consisting of two walls set up perpendicular to each other and serving as canvases on which a series of animated geometric shapes are projected—along with sound—a new dimension is slowly revealed. Using repetition and scale, the anamorphic visuals play tricks on the viewer, having what initially seemed flat, suddenly delineate a new space, consequently altering their perception of depth all the while having a hypnotic effect. The illusion appears as the “onion skins” seem to peel away and leave their physical surface behind.