Home Events The opening of the 2020 Bangkok Art Biennale 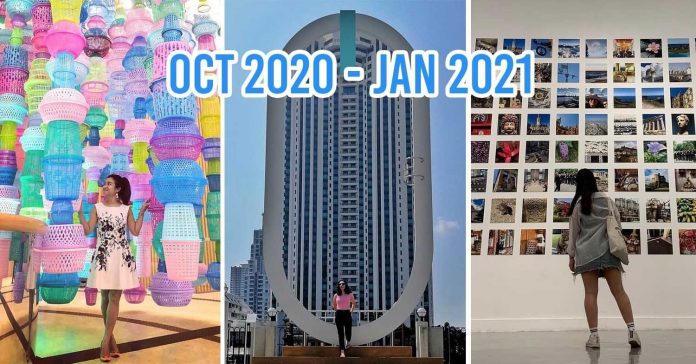 On the day that the coronavirus forced us to cancel the vast majority of the world’s cultural events, the confirmation of the second edition of the Bangkok Art Biennale couldn’t be more encouraging. Under the theme of Escape, this year’s artists share their visions of tackling our most pressing humanitarian challenges, sparking talk about migration, unemployment, racism, discrimination, terrorism, pollution, and climate change, the source of our collective drive to escape reality.

Today, the desire to escape the global devastation of the pandemic is a part of the Bangkok Art Biennale, which has had to adapt to new ways of displaying art, paving the way for a post-pandemic cultural landscape.

In October, the city’s largest international contemporary art fair, Bangkok Art Biennale (BAB 2020), returned for the second time. This year 82 artists from 35 countries will present over 200 works in total.

The number of works exhibited could have been greater, but due to the pandemic, a number of artists were unable to present their works. However, what is at BAB 2020 is still enough to establish itself as the largest art event in the country.

BAB 2020 takes everyone on a journey of hope, reflection, and beauty in a world besieged by the dire consequences of COVID-19 as well as major global issues such as trade wars, territorial disputes, racism, social inequality, and climate change.

Ten art venues participate in the Bangkok art biennale, including:

One of the highlights of the Bangkok Biennial is the installation by Ai Weiwei, a renowned Chinese artist, and activist known for his expressionist creations that challenge injustice and authority. His stunning Law of the Journey (2016), now on display on the ninth floor of the BACC, depicts a 60-meter inflatable boat filled with faceless refugees.

Also on display at the Bangkok art biennale is a collection of paintings by Lampu Kansano, a Thai artist best known for his ironic paintings that reflect the everyday monotony of life with wacky unreality. It took Lampu only about nine days to create this collection for BAB 2020, but each painting is a startling discovery, revealing intricate details worth paying attention to and divulging social commentary worth considering.

At the Bangkok art biennale, visitors will be amazed at the Note Kritsada Dental Clinic, an immersive installation rooted in the artist’s childhood memory of visiting a dentist and learning about the process of growing up. Narongyot Tongyu, meanwhile, is also immersed in the wonder of childhood with suspended toys made from garbage found in the sea. 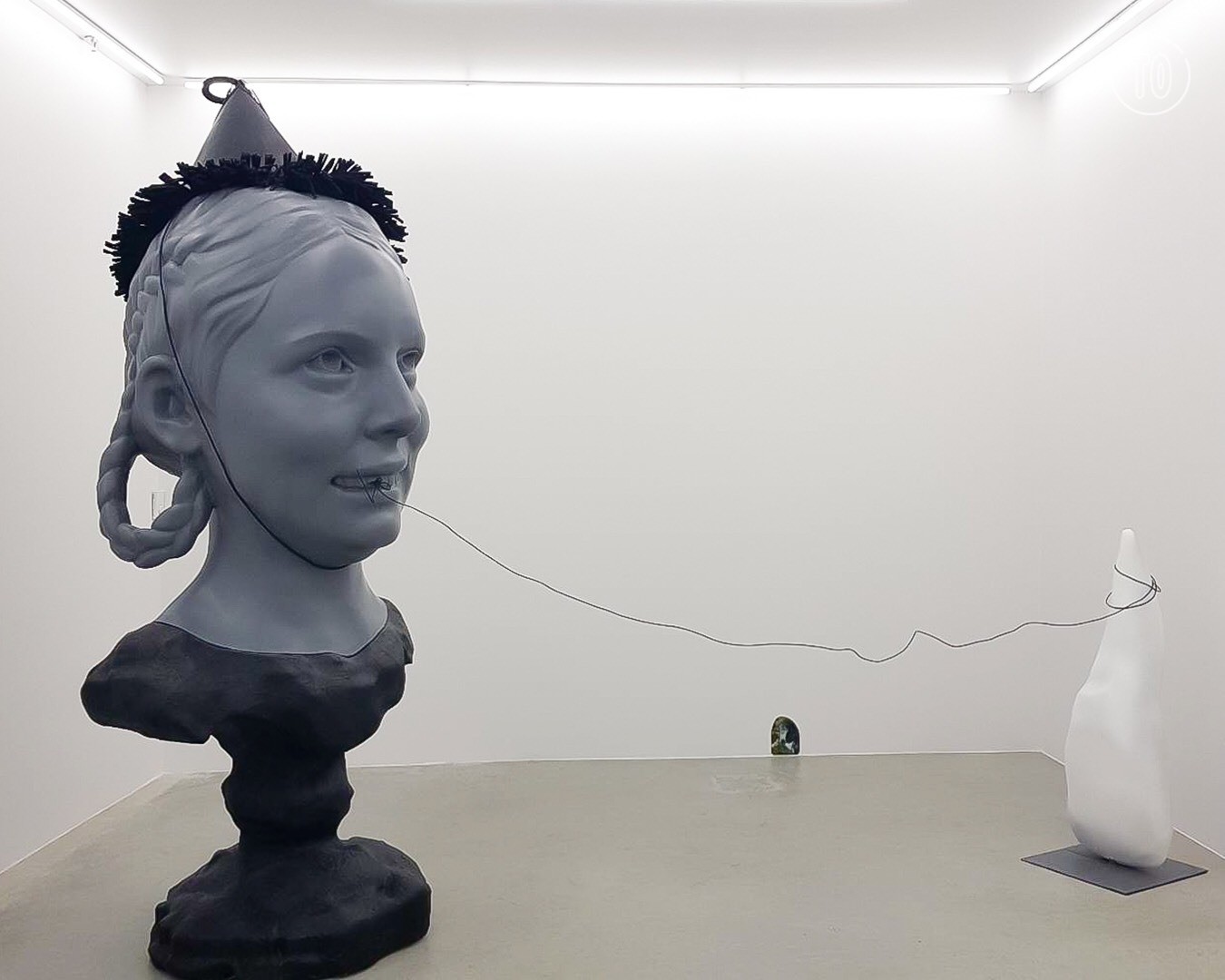 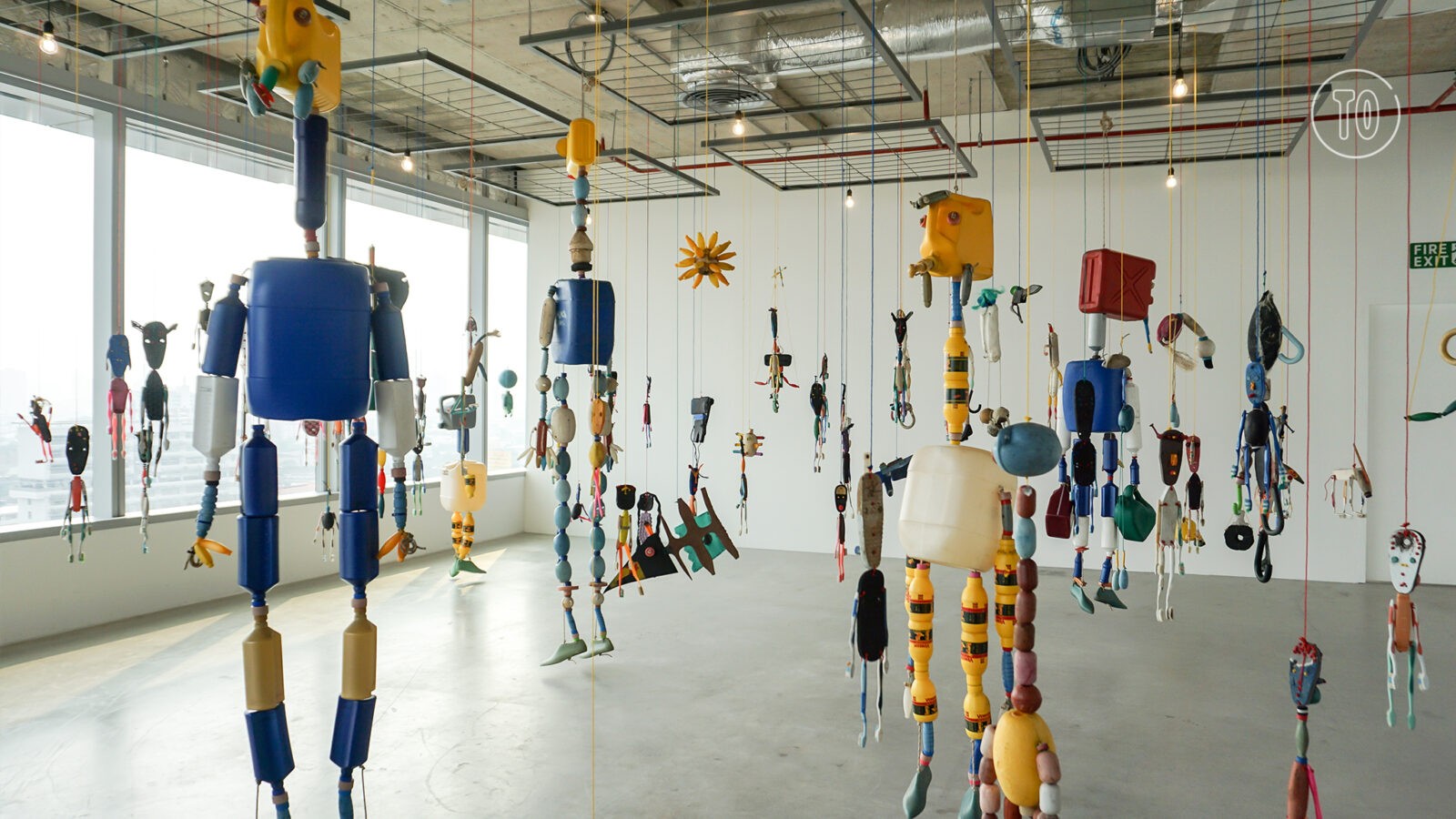 Works by Thai-Japanese artist Yuree Kensaku on social issues such as gender, politics, and culture are also featured in The Parq. BLEU BLANC ROUGE (Blue, White, Red) is a must-see painting inspired by its times in France.

Two sculptures by world-renowned British-Indian artist Anish Kapoor are also among the most eye-catching at the Bangkok art biennale 2020. Push-Pull II, now on display in Wat Pho’s sermon hall, is a massive wheel-like object made of deep red wax and oil pigment. His other item, Sky Mirror, a reflective stainless steel plate angled towards the sky temporarily adorns the sacred lawn of Wat Arun.

Bangkok biennale also hosts an installation by Ruangsak Anuwatwimon, who uses 98 plant species to showcase his interest in art, nature, and human evolution while tackling the issue of environmental awareness.

What you need to know about the Bangkok Art Biennale

The first thing you associate with Bangkok is perhaps not contemporary art.We think more about temples.

However, the Bangkok Art Biennale is trying to change that perception. For the first time, the Bangkok Art Biennale was held for approximately three months from October 2018 to early February 2019. The main theme of this first Biennale was Beyond Bliss. People strive for happiness. According to Bangkok Biennale, bliss is considered something higher than happiness, something insensible, which helps us understand things as they are. The goal of the Biennale is to encourage not only artists but also visitors to create their own interpretations of happiness and bliss.

Bangkok Biennale 2018 was considered one of the largest cultural events in Bangkok in the previous 10 years.

Bangkok’s three ancient temples also hosted some of the biennial’s objects and events. The temples of Wat Pho, famous for the giant reclining Buddha statue, and Wat Ar, which is called the Temple of the Sunrise, have long been popular with tourists. For several months, guests were able not only to study the architecture and history of these temples but also to inspect the art objects exhibited there. The temple of Wat Prayun is smaller and less popular with tourists, but it was also chosen to host the Biennale. 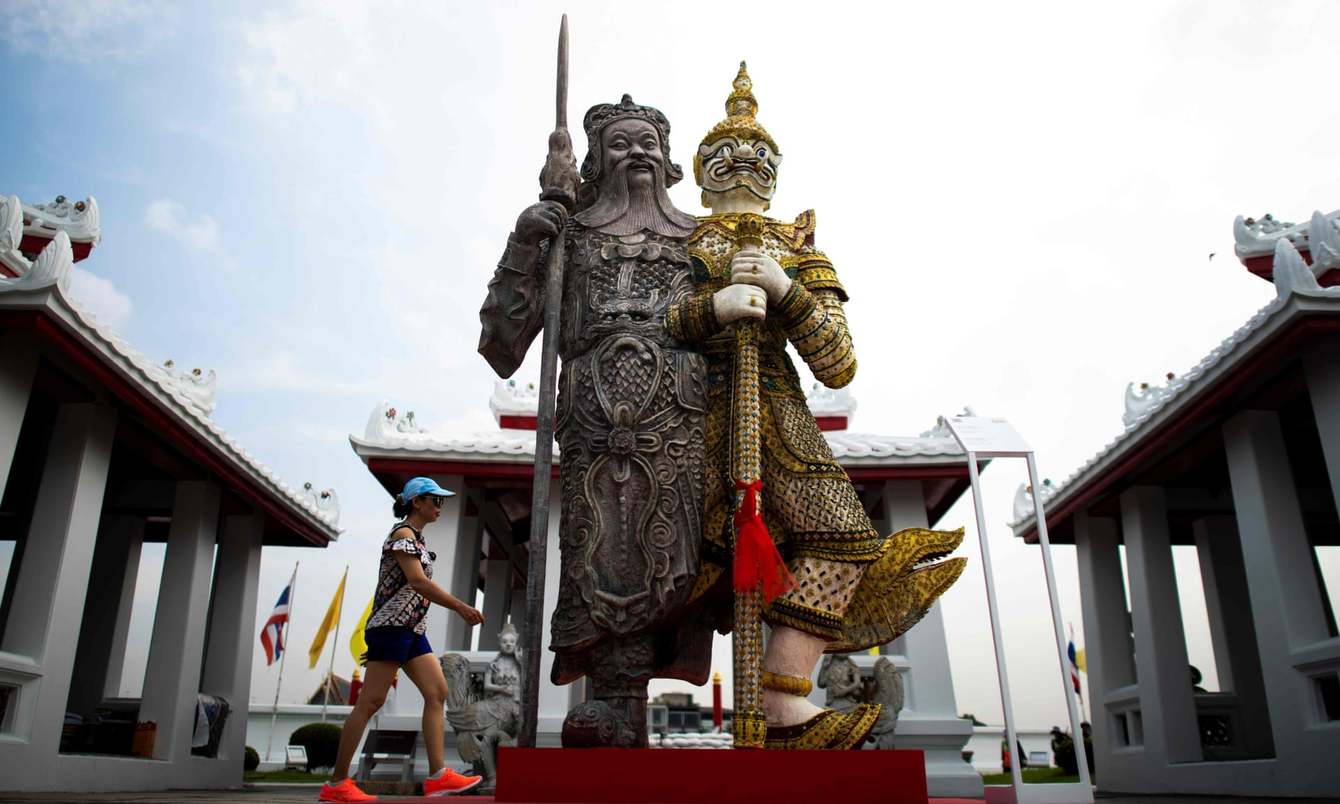 Sang Sinxay is a group of artists from Laos and northwestern Thailand. In these regions, they believe in the legend of San Xinxai, after which the art group was named. The poem of the same name is considered one of the main literary works of Laos. Artists decorated Bangkok with beautiful and witty murals. 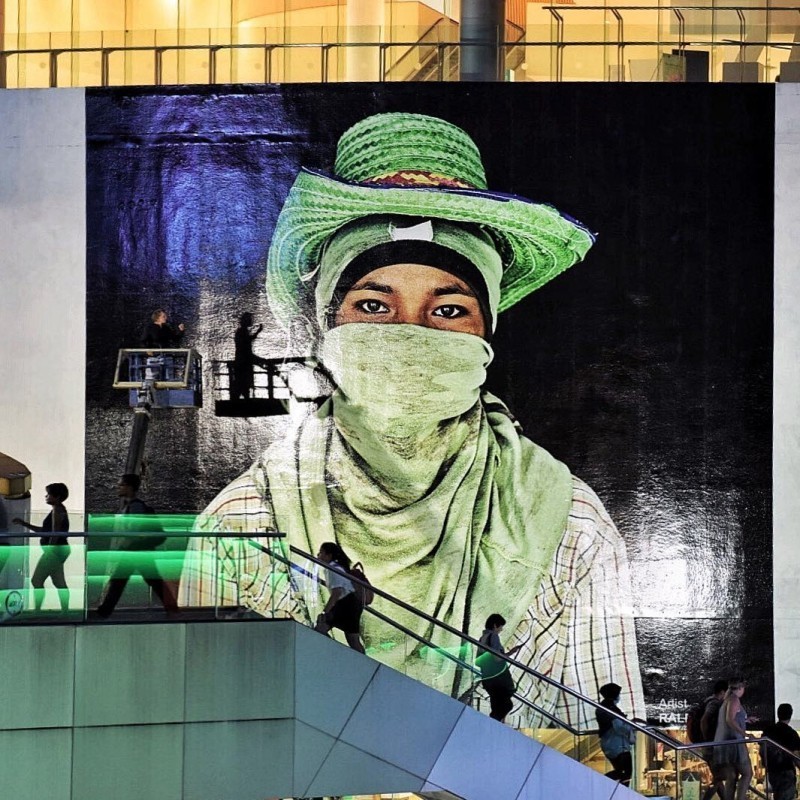 The historic East Asiatic building on the banks of the Chao Phraya was one of the main venues for the Bangkok Biennale 2018. The exposition here was dedicated to the ties that have developed historically between Thailand and Europe. In particular, Thai artists have shot a film comparing Bangkok and Copenhagen; The emphasis in the painting is on how each city has developed thanks to its proximity to the sea. 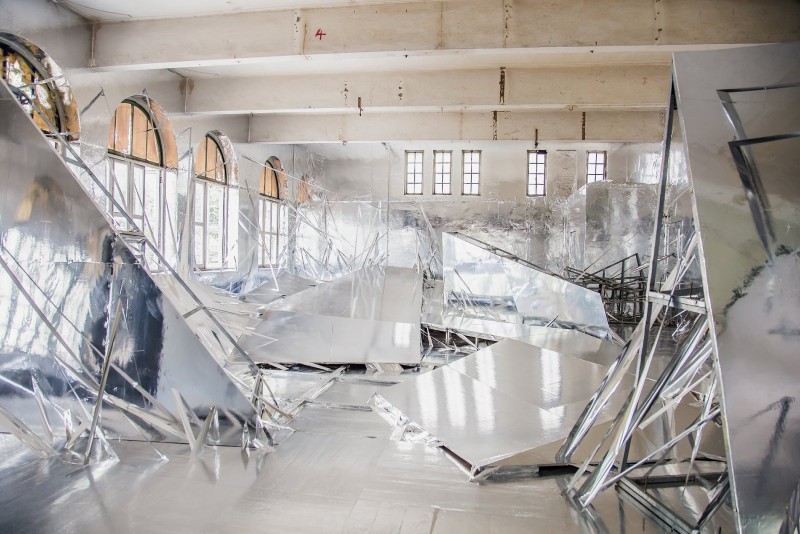 The Bangkok Biennale 2018 was attended by Muslimah, a group of artists that addresses the problems of the southern provinces of Thailand: Songkhla, Pattani, and Narathiwat, where armed conflict continues between the local authorities and Islamic groups advocating independence from Thailand or joining Malaysia. Their work shows life in this troubled region.

Korean Choi Jong Hwa regularly uses recycled materials in his projects – and the work comes out quite large-scale. For example, the artist covered the entire field of the Jamsil Olympic Stadium in Seoul with empty plastic bottles, thus provoking discussions about waste, recycling, the planet, pollution, and consumption. At the Bangkok Biennale, the artist remodeled several city buildings.

Located in Khlongsan District, Jam Factory has long been considered an important destination for anyone interested in contemporary art and culture, so it should come as no surprise that it was chosen as one of the venues for the  Bangkok Biennale 2018. Jam Factory was housed in a former factory building with large windows and metal trim. Inside there was a cafe, bookstore and other shops and much more, and outside there was a large green courtyard. 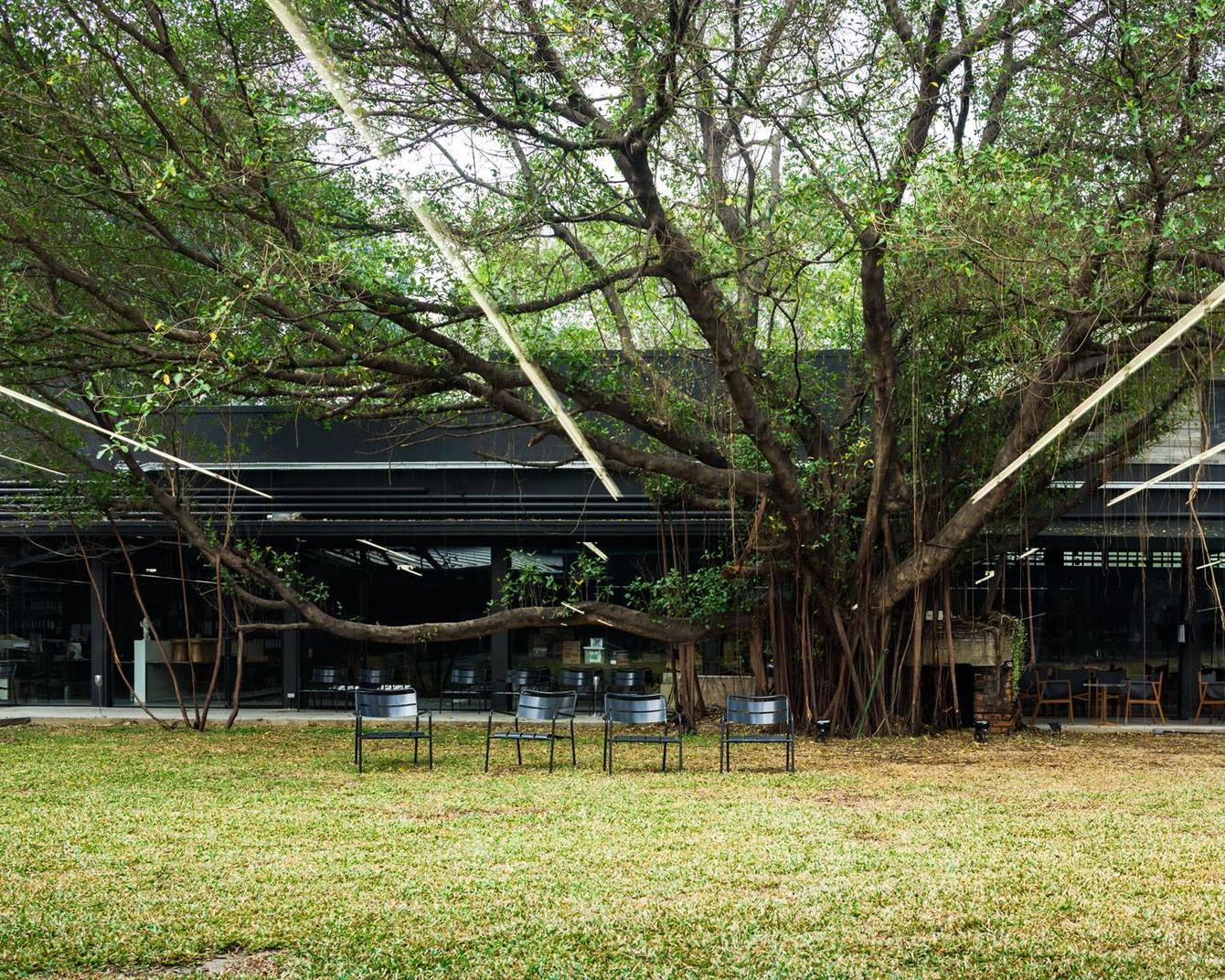 Bangkok Art Biennale is a world-class festival that exhibits the work of a variety of internationally renowned artists in key venues throughout the city from Silom to Sukhumvit and the scenic coastal region.

In an effort to attract international action to Bangkok, the event brings together artists from Thailand and other ASEAN countries, as well as artists from around the world. The event aims to serve as a platform for artists to participate, share their work, and express their views on socio-political and environmental issues.

The 2018 Bangkok Biennale, which offers Bangkok residents free access to some of the finest works of artists from around the world, as well as art-related workshops and talks, also hopes to generate appreciation and inspiration among the public.

The Bangkok Biennale, led by internationally renowned artists such as Yayoi Kusama, showcases art from around the world displayed in shopping malls and key historical sites in the city.