Home Events The Whitney Museum Has Delayed Its Ever-Controversial Biennial to 2022 by the... 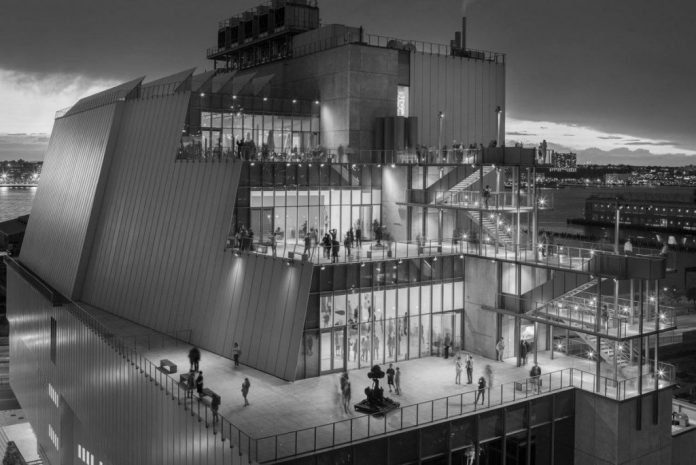 In a statement, the director of the Whitney Museum of American Art, Adam Weinberg, emphasized that biennial curators David Breslin and Adrienne Edwards continued to work on the exhibition, despite the museum being closed from March to September 2020.

Although they were closed for almost six months due to the COVID-19 pandemic, their work on the museum program continued without interruption.

The reason for the postponement of the Biennale was the ongoing pandemic, which also influenced the fact that many artists could not access their workshops during the quarantine.

Along with the postponement of the Whitney Biennale, it was also announced that a major Jasper Johns retrospective, originally scheduled for this fall, will open in September 2021. The exhibition will feature 500 works and will be held at the Whitney Museum and the Philadelphia Art Museum.

The Whitney Museum Biennale is a significant event for anyone interested in what is happening in contemporary art, an event not to be missed.

The Whitney Museum is not just a Museum of American Art, it is its main museum. And the Whitney Biennial is not just the largest and oldest exhibition of contemporary art in America (the first was held in 1932), it is a real exhibition of the achievements of this economy, to which it is like winning a social competition.

The Whitney Museum Biennial is an awesome exhibition of contemporary American art. It is normally held every two years by the Whitney Museum of American Art (New York, USA). The exhibition was first held in 1932. It was planned to hold it annually, but since 1937 the event has taken the format of a biennale. The Whitney Biennale is considered one of the leading events where the latest trends in contemporary art are set.

In recent years, the Whitney Biennale has been trying to connect American art with European and global art.

The Whitney Museum is the greatest collection of contemporary American art.

The museum presents all the artistic trends of American art of the XX-XXI century – in pa.

A brief history of the Whitney Biennale, America’s most controversial art exhibition

In 1932, when America’s most important art exhibitions were conservative and ruled by academic judges, the one-year-old Whitney Museum presented an alternative aimed at leveling the ground to explore the more rebellious range of visual expression of the day. “No jury, no prizes” was the call for an annual exhibition.

The artwork displayed in the museum’s mansion on Eighth Street was not to be considered a beauty contest. Another radical difference? The artists have selected their own works for the show.

Since that auspicious debut, the exhibition, now known as the Whitney Biennale, underwent a series of dramatic transformations and has earned a reputation as the most provocative and mind-changing contemporary art exhibition in the country.

Some key elements have changed (the $ 100,000 Bucksbaum Award, established in 2000, is one of the largest awards in the visual arts industry), others have remained the same. Here are some of the iconic moments in the event’s rich history.

By 1937, the exhibition was a success, and the museum accelerated, conducting two studies a year, one in the fall for painting and the other for sculpture in the spring. This gave ample opportunities for the insurgent strains of Modernism to seep in.

One critic complained that the 1944 show was “chock-full of all sorts of fiction,” avoiding presenting facts. Indeed, Whitney’s favorites were the artists Georgia O’Keefe, Charles Sheeler, and Raphael Sawyer, who has participated in dozens of exhibitions. Jackson Pollock’s 1946 debut was an example of an “exceptionally modernist” sensibility.

In 1959, the rate of the exhibition dropped to one show a year, which alternated between painting and sculpture. Critics began to use these events as an opportunity to measure the pulse of American art, claiming that its health was strong or weak, with more joyful statements falling into the latter category.

By the late 1960s, however, critics stopped blaming the state of American painting for various sins, and instead began accusing Whitney of allowing as wide a range of artists as possible – there were calls for closer control over one-year events.

In 1969, then-Whitney director John E. H. Baur agreed, stating that it was no longer possible to “bring the creative trend of the moment closer” in any objective way. As a result, curators began to create their presentations on specific topics.

In 1973, the museum combined exhibitions into one mega biennial every two years, the format we now know.

Aside from the sheer number of artists, the installations were even larger and sometimes bombastic. For example, on the pedestrian bridge of the museum, Rafael Ferrer built a wigwam called the Fuegian House With Harpy Eagle.

But worries about the impact of the art market turned the 1975 Biennial upside down, with curators responding only to select artists who had never exhibited at Whitney or participated in exhibitions in New York in the past 10 years.

One Art in America writer dubbed it “The Virgins’ Show,” and critics lambasted it. Apparently, there were many bad Brice Marden imitations. To remedy this violation, the 1977 Biennale brought together reputable artists including the minimalists Agnes Martin, Robert Ryman, and Richard Serra, as well as the photorealists Chuck Close and Richard Estes.

After that, the 1979 show somewhat balanced the male to female ratio – a constant target of criticism during the show – by increasing the number of female participants to one-third. It also leveled the lineup across generations. Alex Katz, Ellsworth Kelly, Roy Lichtenstein, and Philip Perlstein were placed alongside newcomers like Martin Purie and Susan Rothenberg.

The 1981 exhibition highlighted trends in painting and also featured emerging talents such as Robert Mapplethorpe, Robert Wilson, and Julian Schnabel. In the next edition, the pillars of the exhibition were neo-expressionism and figurative painting; it was also the first multimedia biennial to feature films and videos.

Robert Hughes, a critic known to have been less than kind to artists who still walked the Earth, complained to Time magazine that the subsequent 1985 Biennial was “the worst living memory” since it focused on East artists. Village such as David Voinarovich. , Kenny Scharf, Tom Otternes, and Rodney Alan Greenblatt.

By dividing the floors by generation, the 1991 Biennale took on a more aggressive, edgy look, addressing the themes of the time: AIDS, sexuality, and race. But this was only a harbinger of things to come.

The 1993 show – “Political,” curated by Elizabeth Sussman, was saturated with social theory and shone with beauty.

Upon entering, visitors were greeted by Pat Ward William’s mural depicting five black youths with the words: What are you looking at. They received museum tags, designed by artist Daniel Joseph Martinez, that read I can’t imagine ever wanting to be white.

The women and gay artists had strong performances, and there was provocative body art by Janine Anthony and Matthew Barney, a home scene set by Pepon Osorio, and a film about Sadie Benning’s lesbian lovers.

The essence of the next Biennale in 1995 was much more modest: sensual art was given preference to social art. Curator Klaus Kertess defended the abandoned older generation of artists, folk artists, and outside artists, such as the deaf artist Joseph Gridley, who showed a whole bunch of sketches that he used to communicate without any pretense. Focusing on the scene outside of New York, Curtiss also included Canadian artists Jeff Wall and Stan Douglas.

After a series of administrative departures to Whitney in 1998, a group of outside curators staged the 2000 show, which critics found distracted and lacking in point of view. In 2002, curator Laurence R. Rinder said he worked without caring about the art market or recognition in the art world.

But the effect was again mild, although it included more outside artists and artists living away from the anointed art capitals. Critics hailed the 2004 edition as the best in memory.

The 2006 Biennale, as evidenced by the title Day for Night, was more of a thematic exhibition than a survey. European curators, natives Whitney Chrissy Eales and Philippe Berger, organized the exhibition and in one section traced the influence of Europeans such as Martin Kippenberger and Thomas Schütte on young American sculptors.

After the financial crisis of 2008, the Whitney Biennale tightened its belt – 2010 is half the size of 2006. Called 2010, he viewed the Biennale as a clock that marks a moment in time. Historically oriented, he also devoted an entire floor to past events in the history of the Biennale.

The edition of 2012 put artists at the center of the event. Organized by photography curator Whitney Elizabeth Sussman and then independent curator Jay Sanders, it elevated curatorship as art itself, inviting artists to stage a mini-show as part of an ur-exhibition. Critics called it an outstanding achievement, and New Yorker Peter Scheldahl called it one of the best ever Biennials.