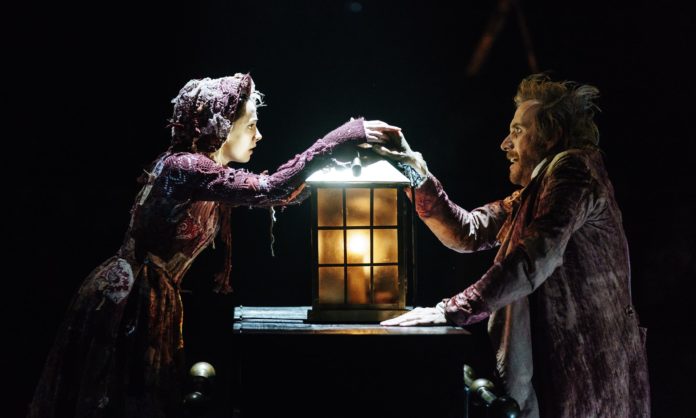 Since its publication as a novella in 1843, Charles Dickens’s “A Christmas Carol” has become a multimedia institution, inspiring everyone from Mickey Mouse to the Muppets with its spooky tale of seasonal redemption. So there was some excitement as to where Jack Thorne, the scriptwriter behind the West End hit Harry Potter and the Cursed Child, would take it at London’s Old Vic. 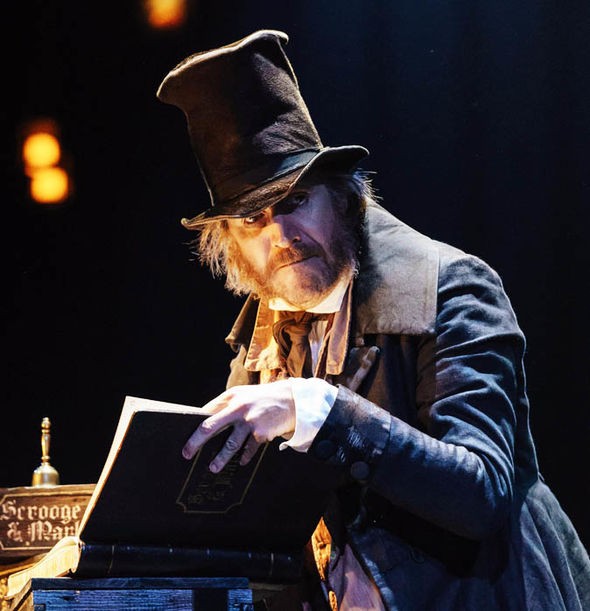 The answer is: to the rafters of a theatre that is transformed by designer Rob Howell into a lofty cathedral of bells and lanterns, with a stage that slices dramatically through the middle of the audience. Up this runway Jacob Marley clanks, trailing colossal chains like some malign automaton, in an opening scene that promises an evening of Tim Burton-esque neo-gothic. But the mood abruptly changes as the Ghost of Christmas Past bustles in, pushing an ancient pram and about as threatening as Mrs Tiggywinkle in her homely patchwork gown. 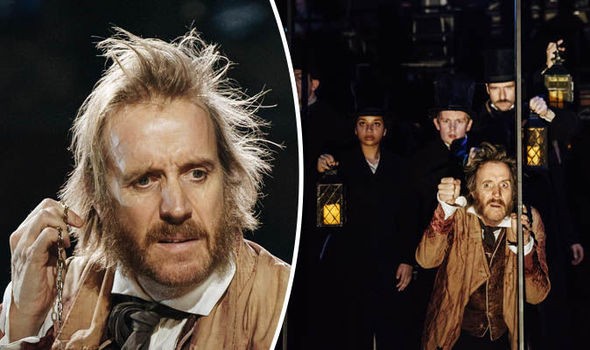 All three Christmas ghosts are female: their mission is not to terrify but to chivvy and move Rhys Ifans’s wraithlike Scrooge into embracing the fuller, richer self that he abandoned when he forsook love for lucre. He is the ghost of his own potential, and his misanthropy is traced back to a childhood dominated by abusive men – a gambling father and a schoolmaster who boasts that he “did plenty damage” too. 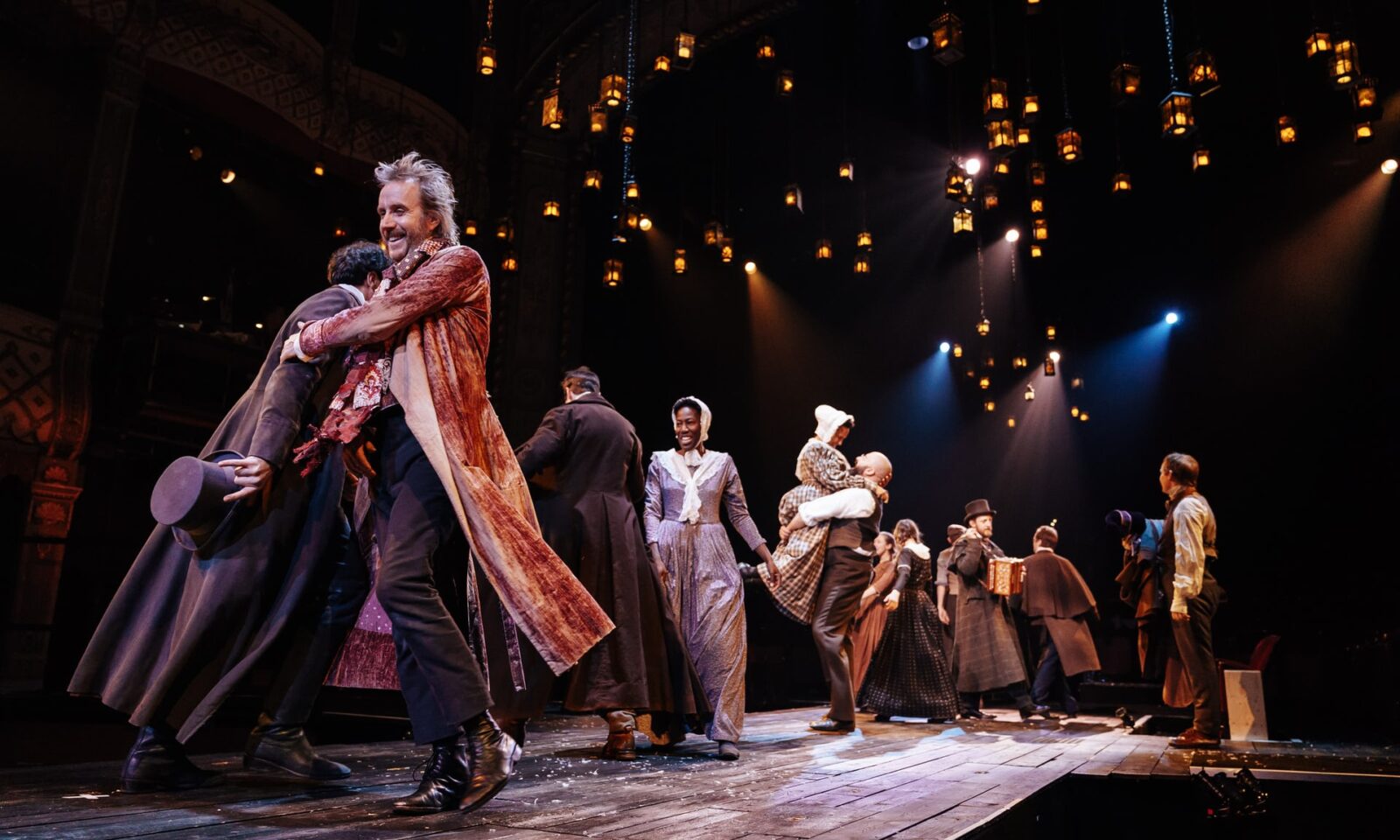 One could cavil that this psychoanalytical reading forfeits the terror of Scrooge’s long night, but there is a contemporary resonance to it that is paradoxically most resounding in an intimate doorstep encounter with his abandoned sweetheart: “You are part of my story, and I’m delighted with the way my story turned out,” says Erin Doherty’s wonderfully deadpan Belle. Hurrah for the girls who control their own narrative. 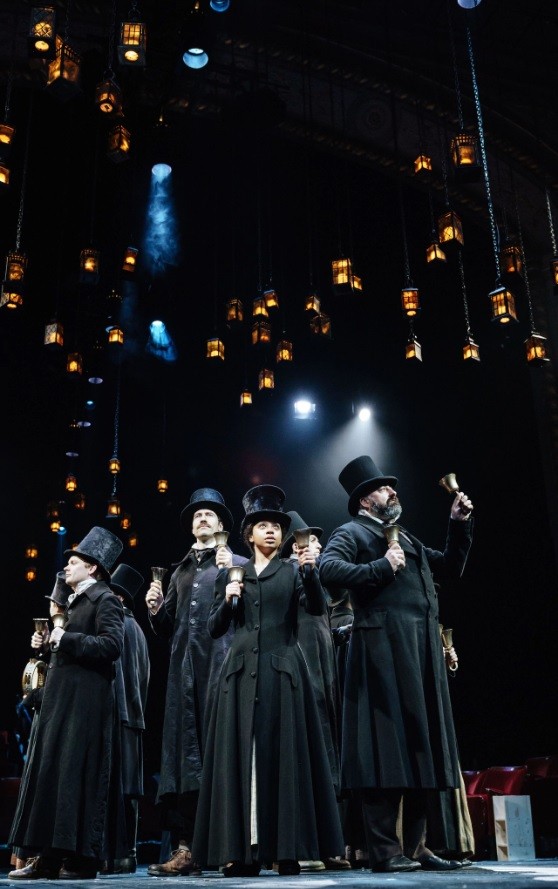 The true, and truly Dickensian, horror is that Scrooge messed up and nobody gives a toss – even the Cratchits with their meagre goose stew, which an immensely touching Tiny Tim magnanimously offers to share. The release, when Scrooge finally rediscovers himself, is orgiastic, transforming him into a scarecrow magician who conjures an abseiling turkey, parachuting sprouts and carols from every quarter. With its flexibility of scale, its lush musicality, and its embrace of spectacle, Matthew Warchus’s production is a love song to Christmas, to the redeeming power of theatre and, not least, to the Old Vic itself.