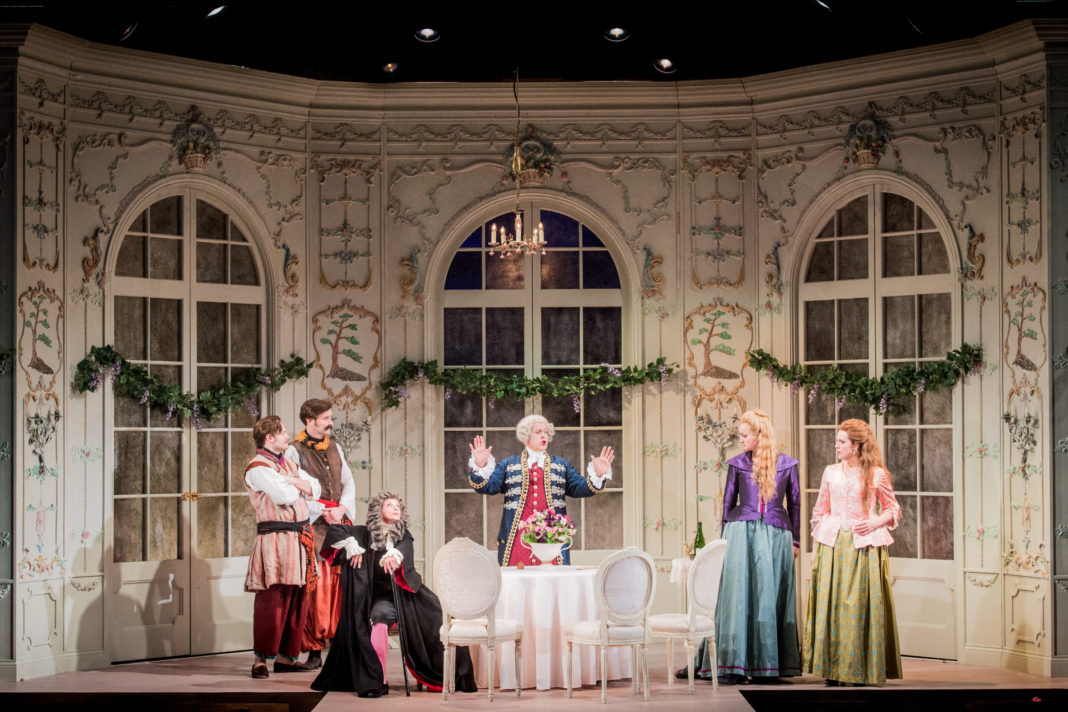 Mozart’s memories of visting Naples as a teenager suffuse the score of Così fan tutte, and despite storms earlier in the week and a dire weather forecast it really was a case of “soave sia il vento” as the second new production of the season opened on the cusp of summer.

With its cast of six and limited use of chorus, director Oliver Platt and designer Alyson Cummins sensibly focused the action on an elegant rococo style chamber centre-stage. Two side wings could be opened for the supposed departure for war and the enchanting serenade as dusk fell. With its mirrored doors the chamber became a prism for those moments of introspection and literally self-reflective insight as the plot became more sombre in the flickering candlelight, most effectively in Fiordiligi’s second act rondo. 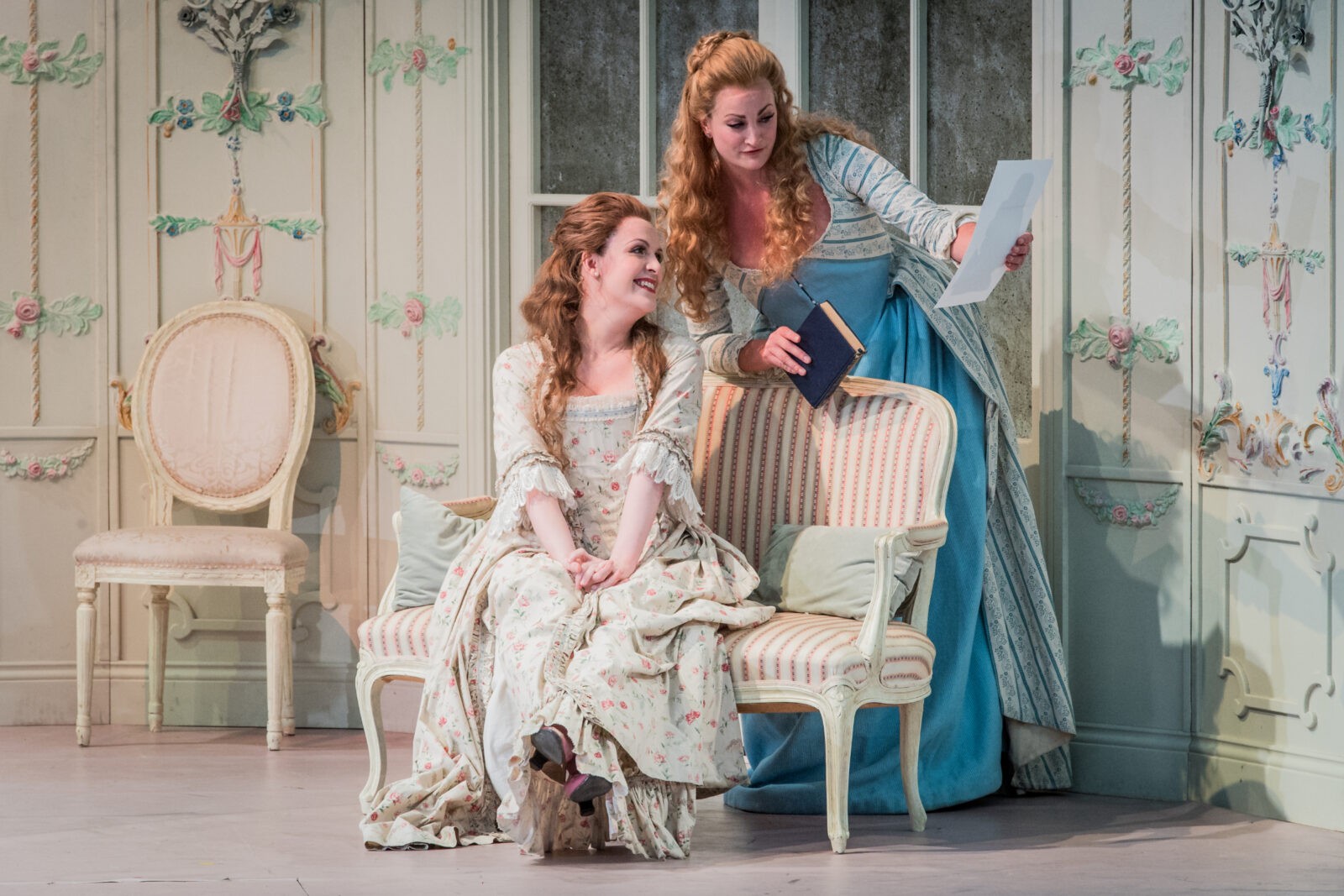 The action opened in a costumier’s, hung with brightly-hued bolts of fabric, while outside café society gossiped and flirted as the young officers in exaggerated curlicued wigs tried on the latest fashions. Dressing-up, disguises and masquerades are an essential part of the plot, with its alternative title La scuola degli amanti. The four young lovers initially seem to play with conventions of romantic dalliance whether in Ferrando’s naïve idealisation of feminine perfection, Dorabella’s self-dramatisation in “Smanie implacabili” or Fiordiligi’s almost parodistic “Come scoglio”.

It is the triumph of Opera Holland Park’s vision and planning that the casting of this ensemble piece is so outstandingly accomplished, much more so than in recent productions at ENO and The Royal Opera. With a mix of singers making their company debuts and established members it proved just how much British-based talent there is, sometimes overlooked by larger and better funded London companies.

As the two sisters Eleanor Dennis and Kitty Whately ideally complemented and blended with each other. Dennis’ secure technique and lustous tone were in full command over the extended range and vocal leaps of “Come scoglio” and “Per pietà”. Whately’s richly textured mezzo encompassed the playfulness and fallibility of the younger sister. 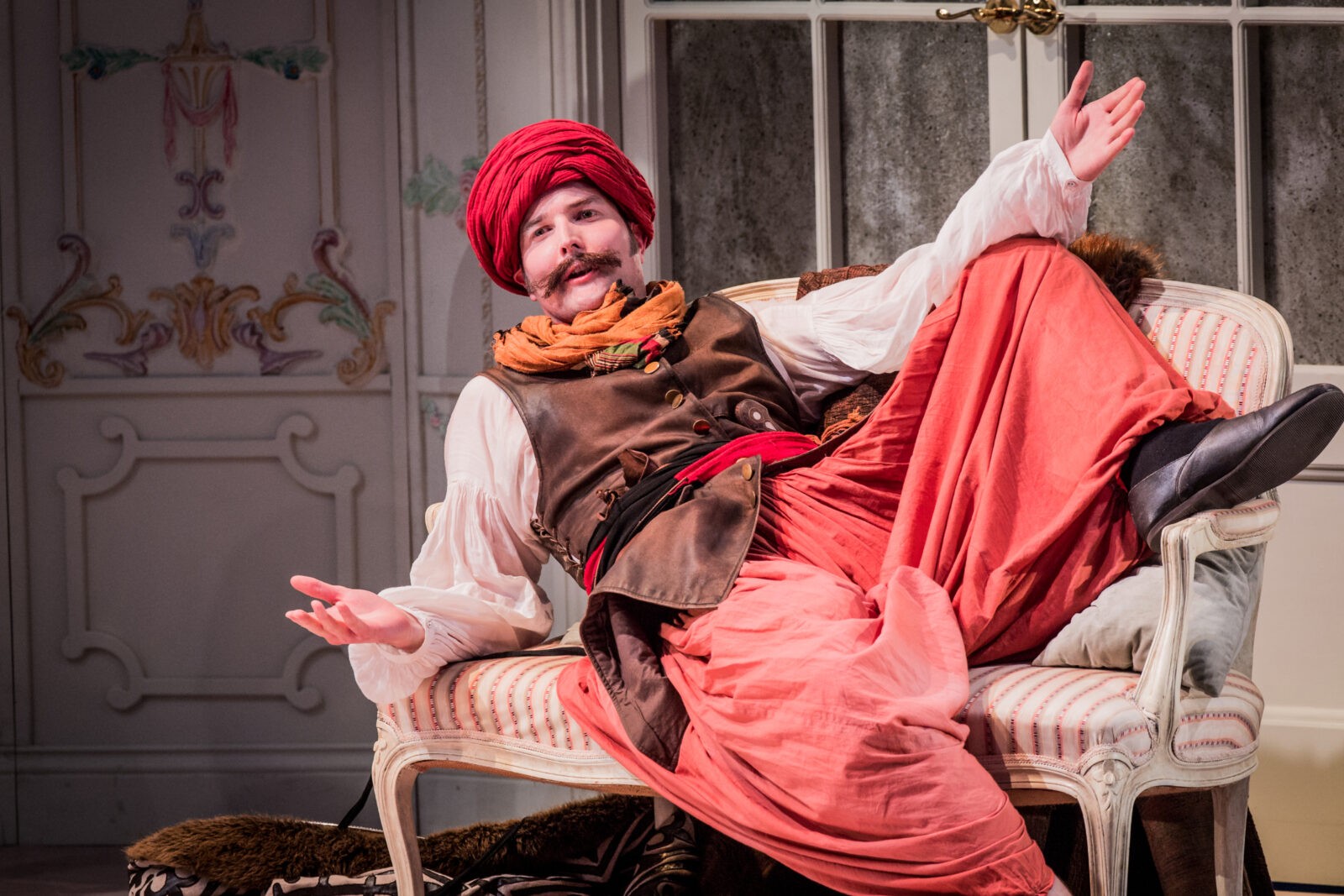 Their officers were no less convincing, with Nick Pritchard a sensitive Ferrando and Nicholas Lester more robust – and with a roving eye – as Guglielmo. Pritchard’s mellifluousness and well sustained legato made for a memorable “Un’aura amorosa”. His initial diffidence in wooing Guglielmo’s fiancée nicely contrasted with the latter’s relish in wooing Dorabella with the suave allure of his baritone.

With costumes and setting firmly in the period of composition, the casting of Despina and Don Alfonso is very much true to tradition. Sarah Tynan’s bright-toned ladies’ maid relished her connivance and disguises while never slipping ino exaggeration. Peter Coleman-Wright, surprisingly in his company debut, oiled the wheels of the plot with cynical asperity, without the director illuminating the causes of his misogyny and his exact relationship with the younger men.

The production is deft and the personal interactions and dilemmas are clearly charted especially in the gorgeous period costumes and disguises, without fully mining the layers of irony and societal hypocrisy. The lovers certainly learn anger in the surprisingly bitter finale, where the pairings of the couples stay unresolved with the final image of Don Alfonso shrugging his shoulders. 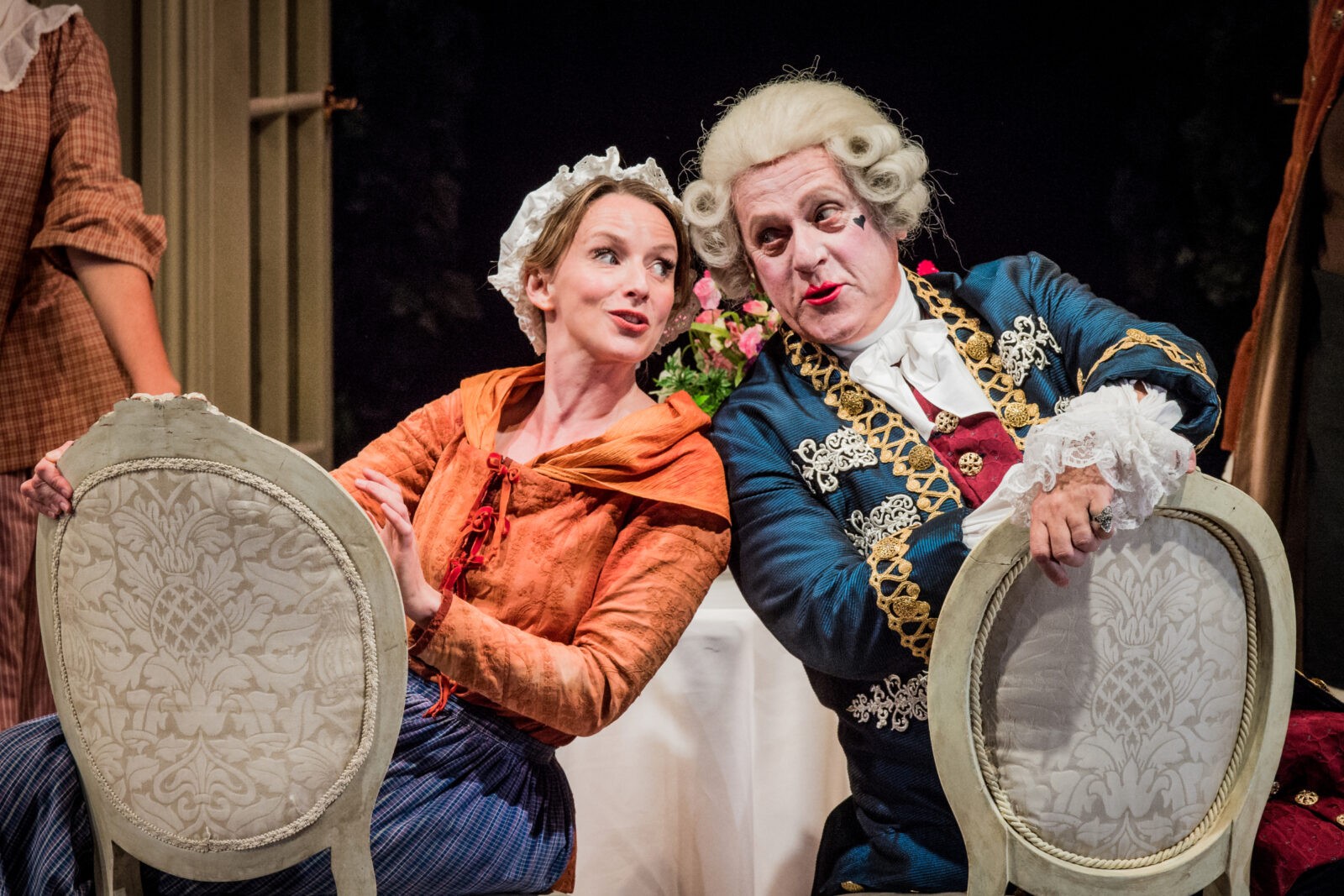 What makes for a memorable summer evening is the uniform vocal strength of the cast, and the lithe rhythmically alert playing of the City of London Sinfonia under Dane Lam. He maintains a tight hold but with the flexibility to support the soloists in their demanding arias and ensembles. There was some especially choice playing from the obbligato horns and woodwind. This year’s OHP chorus is a vintage crop. 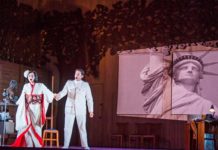 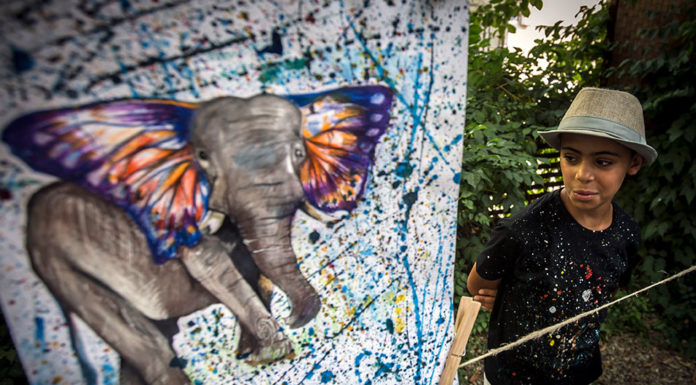 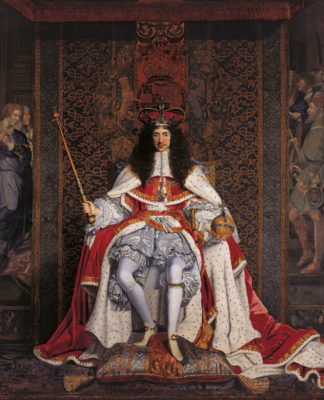 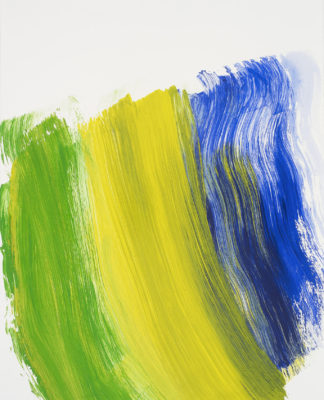 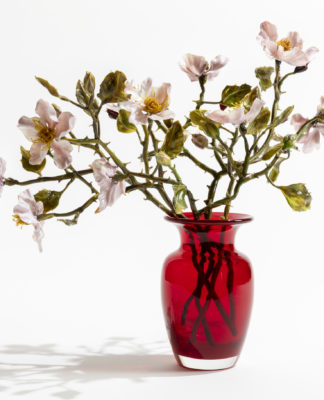 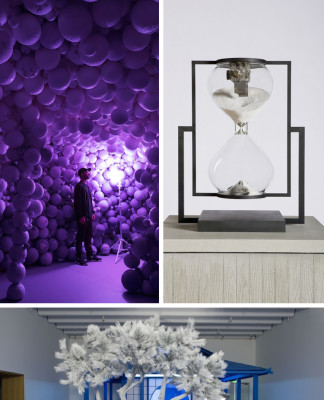