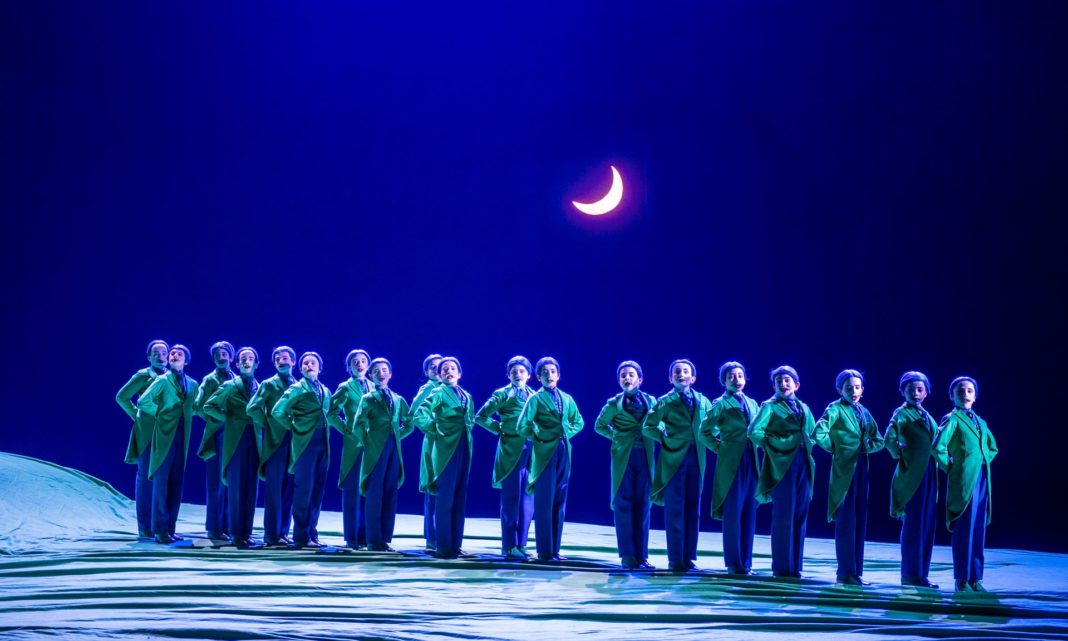 Here’s a thing. Robert Carsen’s production of Britten’s Shakespeare opera first arrived at ENO in 1995 and was most recently revived in 2004. In 2011, it was replaced by a Christopher Alden production whose seedy, sexualised 1950s boys’ school setting delighted the radicals and offended the traditionalists.

Seven years on, the Dream is back at the Coliseum. Only this time it is in Carsen’s staging, not Alden’s. Why the switch? Here’s my guess. Jimmy Savile was still alive when Alden’s version opened. These are different times. Yet the Carsen revival, supervised once again by his associate Emmanuelle Bastet, is nothing but a welcome return. It’s a clear, classic and uncluttered staging of Peter Pears’s and Britten’s cherry-picked edit of Shakespeare’s play. And there’s no absence of sexuality. Until the final scene, the stage is dominated by green-sheeted beds and an omnipresent crescent moon. The story’s three worlds – fairies, lovers and rustics – elide and collide under the scuttling direction of Miltos Yerolemou’s adult and clownish Puck, who seems a close relative of Mozart’s Papageno.

Britten’s atmospheric score, with its contrasting textures for the three worlds, is beautifully played under the Germany-based English conductor Alexander Soddy, a notable ENO debut. Vocally, there’s also a happy sense of the return of something of the ensemble strength that was once such a Coliseum hallmark.

Five of the roles are taken by members of the company’s young Harewood artists programme, of whom Soraya Mafi’s bright Tytania and David Webb’s well-focused Lysander stand out. As the evening progressed, Christopher Ainslie’s Oberon emerged as the defining vocal role that it is. Though the rustics are the weakest part of the score, Joshua Bloom’s Bottom led them with gusto. A Midsummer Night’s Dream is one of Britten’s most durable operatic achievements, and this production shows why.

• A Midsummer’s Night Dream is at the Coliseum, London, until 15 March.