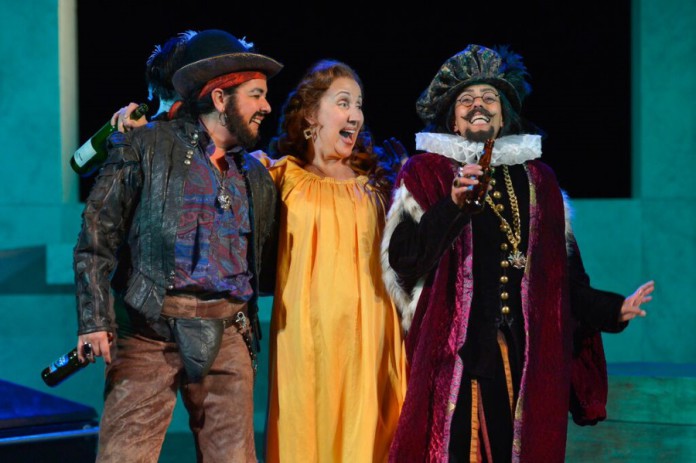 The lineup is the first programmed by artistic director Eric Ting.

California Shakespeare Theater has announced its 2017 season, including a new play, a classic, and two works by Shakespeare.

“The slate of plays we chose for 2017 relate to each other without being related, and celebrate what is unique in all of us,” said artistic director Eric Ting in a statement. “They explore what ‘classic’ means in the 21st century, and my fellow directors and I will be asking the question: How can we interact, engage with, and enrich a plurality of perspectives using these old stories as a foundation for contemporary discourse?”

The season will open with Shakespeare’s As You Like It (May 24-June 18, 2017), a gender-bending comedy of betrayal, exile, and love. Desdemona Chiang will direct.

Next up will be The Glass Menagerie (July 5-30, 2017), by Tennessee Williams, a semi-autobiographical play about a Depression-era family’s joys and struggles. Lisa Portes will direct.

Following will be Marcus Gardley’s black odyssey (Aug. 9-Sept. 3, 2017), an imagination of Homer’s epic through the lens of the black American experience.

The season will conclude with Shakespeare’s Measure for Measure (Sept. 20-Oct. 15), about a virtuous young woman who must decide between her chastity and her brother’s life.