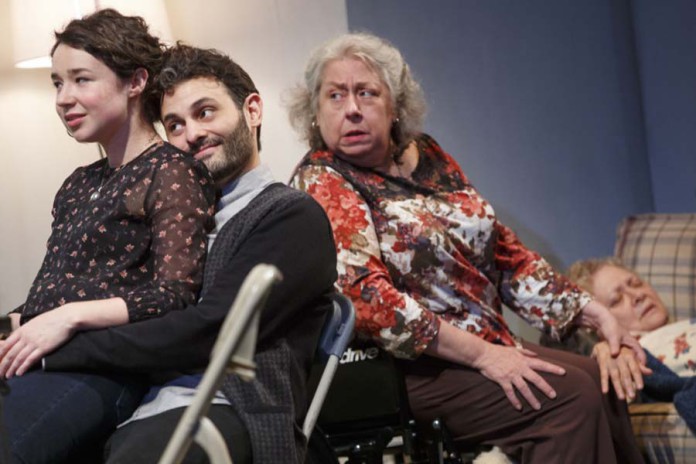 The season will include a world premiere musical by David Henry Hwang and Jeanine Tesori.

Center Theatre Group has announced its 2017-18 season at the Ahmanson Theatre.

“For more than 50 years, Center Theatre Group has been working with the world’s greatest artists to present unforgettable experiences for our audiences,” said artistic director Michael Ritchie in a statement. “As we enter our next 50 years, I am pleased to be able to offer a wide-ranging season for our vibrant and diverse city.”

The programming will begin with the American premiere of Matthew Bourne’s The Red Shoes (Sept. 15-Oct. 1), presented with the Glorya Kaufman Presents Dance at the Music Center, about one girl’s dream to become the greatest dancer in the world. The production will feature a musical score by Terry Davies with music by Bernard Herrmann.

Next up will be Bright Star (Oct. 11-Nov. 19), with music, lyrics, and story by Steve Martin and Edie Brickell, which follows a tale about love and redemption set against the backdrop of the American South in the 1920s and 40s.

Following will be Something Rotten! (Nov. 21-Dec. 31), with music and lyrics by Wayne Kirkpatrick and Karey Kirkpatrick, and a book by Karey Kirkpatrick and John O’Farrell, about brothers and playwrights  Nick and Nigel Bottom as they follow in the footsteps of Renaissance rockstar Will Shakespeare. The cast will include three Broadway principles reprising their roles: Rob McClure, Adam Pascal, and Josh Grisetti. Casey Nicholaw will choreograph and direct.

The season will continue with the world premiere of Soft Power (May 3-June 10, 2018), by David Henry Hwang and Jeanine Tesori, which starts as a contemporary play that jumps 100 years into the future and explodes into a Chinese musical about present-day America. Sonya Tayeh will choreograph, and Leigh Silverman will direct.

The season will conclude with Stephen Karam’s The Humans (June 19-July 29, 2018), about a family whose secrets begin to unravel over the course of a Thanksgiving dinner. Joe Mantello will direct.