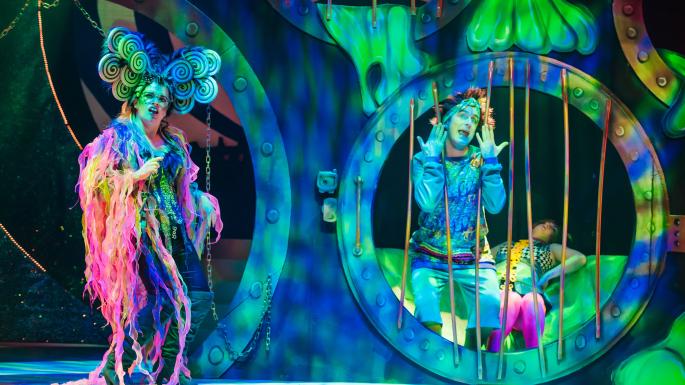 In the year the University of Stirling turns 50, it’s apt that its in-house arts centre’s pantomime this season takes its audience on a time-travel trip to 1967, where tunes are groovy, love is free and fashion is questionable. 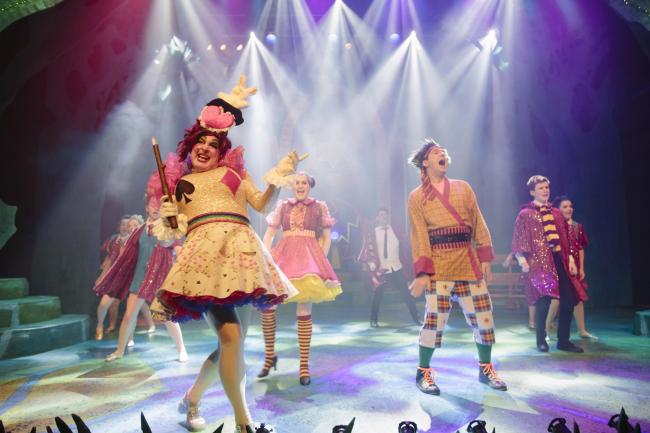 Chick Whittington is Johnny McKnight’s fresh take on the classic panto tale of Dick Whittington. Queen Rat (Helen McAlpine) returns from the Great Christmas Rat Race of 1967 to destroy the pantosphere. It’s up to Chick (Emma Mullen), granddaughter of legendary Dick, to save her home town of Stirling Stella, her family and her fiancé. 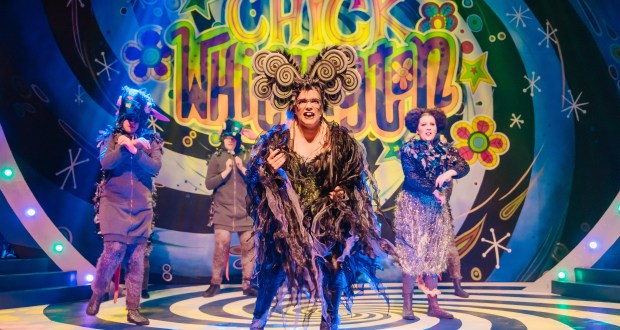 Alice (Johnny McKnight), widow of Dick Whittington and ‘dame’ of the shoe, has quips uproarious – the script is gold. Her unmistakably eye-catching apparel is hard to describe. Coupled with Robert Jack’s Slick, the pair are a force to be reckoned with; Jack captures his audience from the get-go. A fresh graduate of RCS, Emma Mullen grabs the title role with gusto; this pumped up, feisty, young adventurer proves she has the vocals to match. 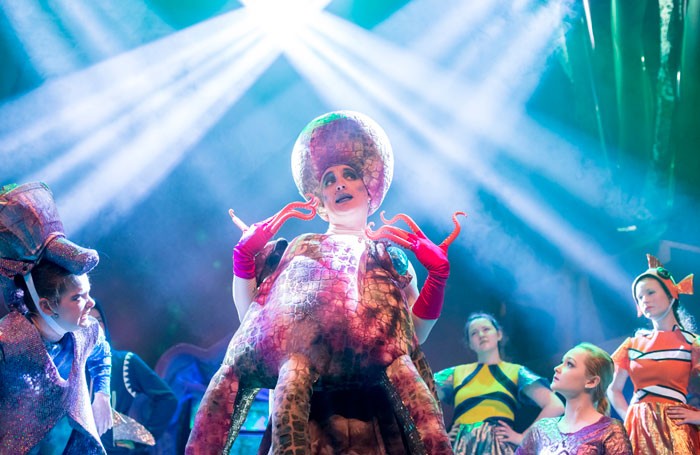 McKnight’s script ensures any preconception of the plot are left at the door; Chick is ever adapting and crafty – though maybe too clever for some of its audience. Its humour is relevant and witty. Reference to a certain Clydebank popstar’s pantomime appearance is one of many highlights. Whilst there is room to shed the pounds of a few of the food puns in one scene, it is clear that gluttony is on the menu; no half portions are served here. 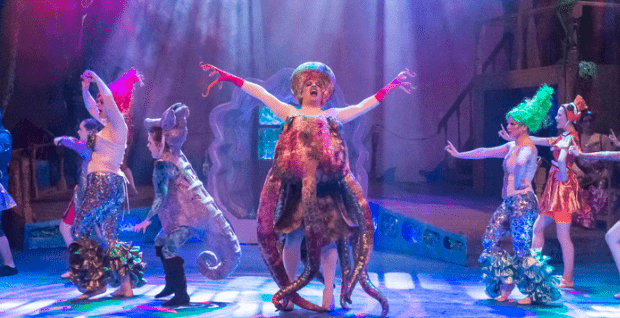 Opening night technical hitches only serve to provide more material for McKnight and the cast,rather than inducing panic. Nonetheless, the show is of a quality, synonymous with the work of Macrobert and McKnight himself. 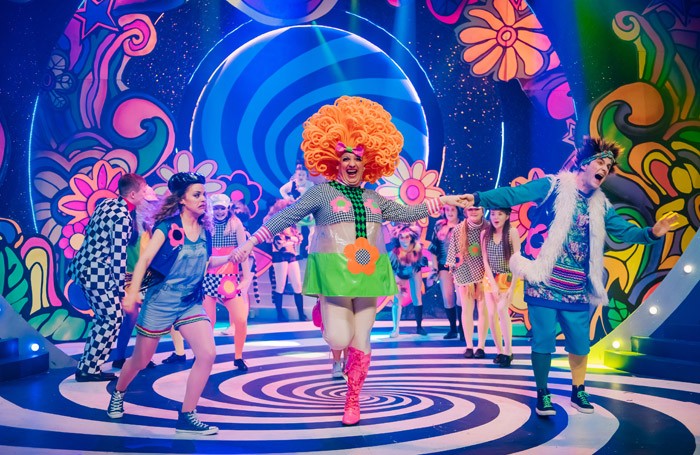 As entertaining for the little kids as the big ones, Chick Whittington is another resounding success for Johnny McKnight. Balancing the outright ludicrous with some genuinely touching moments, Chick is sure to inject its audience with the annual booster of festive cheer. For those seeking a twist on the traditional pantomime, it is not to be missed.