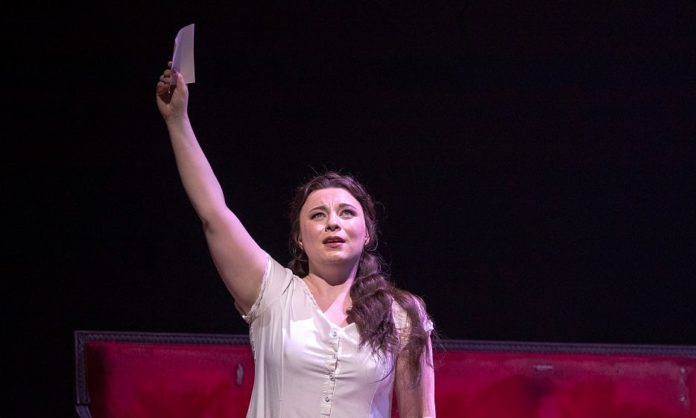 Eugene Onegin is the exception to the rule that great operas have lives of their own, independent of their literary sources. It is a masterpiece, but impossible to detach from Alexander Pushkin’s verse novel on which it is based. Tchaikovsky knew that, carefully categorising it as “lyric scenes”, intended for an audience in 19th-century Russia that probably could have recited large chunks of Pushkin’s work from memory. He could be sure that the crucial strands of the story of Onegin and Tatyana he omitted from his libretto would have been well known to his first audiences.

It’s one of the achievements of Oliver Mears’s fine new production for Scottish Opera that, as well as remaining almost entirely faithful to the opera’s text, it explores some of those extra strands, especially the pervading importance of memory, a fierce sense of loss, and opportunities for happiness squandered. Mears and designer Annemarie Woods shift the story to the early 1900s, the last years of Tsarist Russia, but conjure that period through the memory of the old Tatyana (played by actor Rosy Sanders). She’s dowdy and grey-haired. The grandeur and affluence of her marriage to Gremin have been destroyed by the 1917 revolution, and as she returns to her dilapidated family home she painfully relives the events of her youth there. 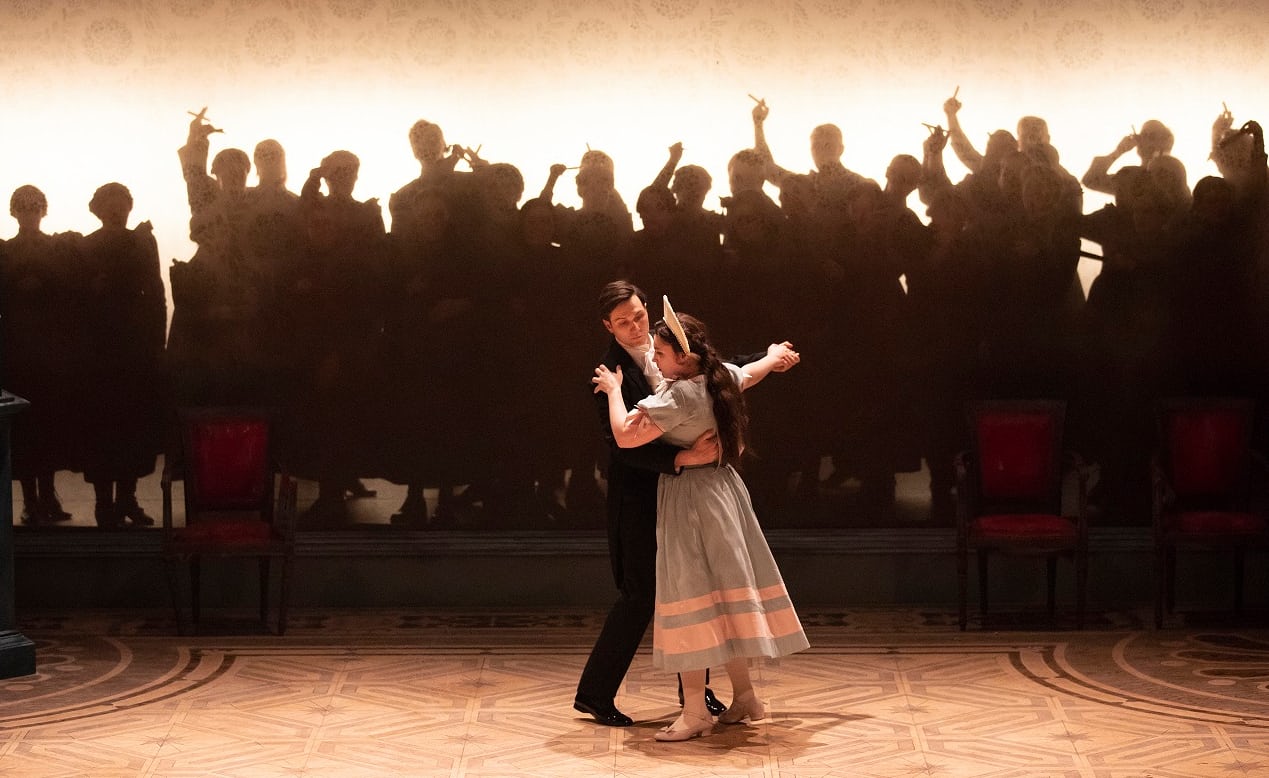 Within that frame, the action is truthful, although rather than keep Tatyana’s letter, as in the Pushkin, this Onegin (Samuel Dale Johnson) returns it to her, so that the very last image of the production is of the older Tatyana tearing it into tiny pieces. It’s by no means a lavish production – the basic box set is a constant, and the chorus and most of the dancers (with the exception of solo ballerina, Eve Mutso, dancing Ashley Page’s choreography) remain behind gauze in the two ball scenes. There is, however, a horse, on which Onegin makes his first appearance, and which on the first night deposited a steaming pile of dung centre stage.

Johnson is a credible Onegin, handsome and haughty in the first act; a broken man by the time he confronts Natalya Romaniw’s Tatyana in the final scene, even though his singing grew in expressive assurance as the opera went on. Romaniw’s performance is gloriously sung from the start, although she is perhaps more convincing as a princess than as a naive young girl. Peter Auty is a touching Lensky, whose ardent honesty is an obvious mismatch with Sioned Gwen Davies’s wild Olga, seen in flagrante with a farm worker in the first act.

Graeme Broadbent makes a rather gravelly Gremin: the slow tempo for his aria didn’t help. Otherwise, the score is conducted with total conviction by Stuart Stratford. The Russian repertory is one of his specialisms, and it shows in the wonderfully rich textures he draws from the Scottish Opera orchestra, and by his habitually faultless dramatic pacing. A couple of passages will tighten as the production beds in: the climax of the Larins’ party, when the fatal duel is fixed, could have been fiercer, and the final scene could push more emotional buttons – but Scottish Opera should already be immensely proud of this show.

The album references artists Yun Hyong-keun and Jackson Pollock, among others.