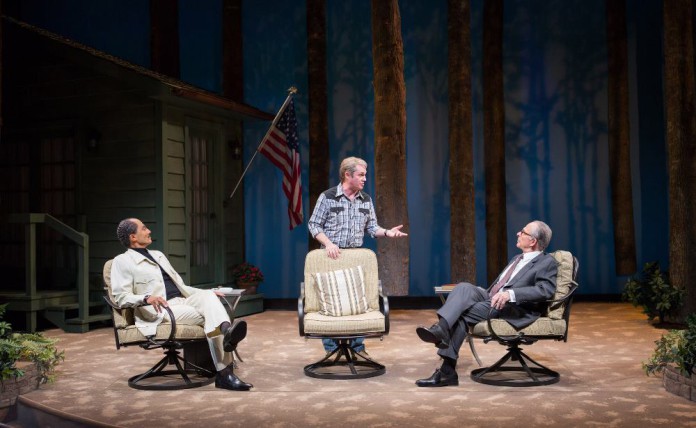 The program will commission and develop over 25 original plays and musicals about politics.

Arena Stage has launched Power Plays, a new initiative that will commission and develop 25 new plays and musicals over 10 years. Fittingly these plays, which will be developed in the nation’s capital, will center on politics and power, from 1776 to the modern day.

Arena Stage artistic director Molly Smith describes the initiative’s focus on politics and power as the “red meat” of Washington D.C., and stresses the timeliness of the program. “Every city has its own language, its own nuances, its own history, and our language is politics,” Smith said in a statement. “There is no better time to launch this massive commissioning cycle, the largest in Arena’s history. The more we understand our American stories of politics and power, the more informed we become as a democracy.”

The first Power Play will debut next year: Jacqueline Lawton’s Intelligence, a political thriller inspired by true events ( Feb. 24, 2017–April 2, 2017 ). It will explore the cost of deception and the consequences of speaking truth to power.