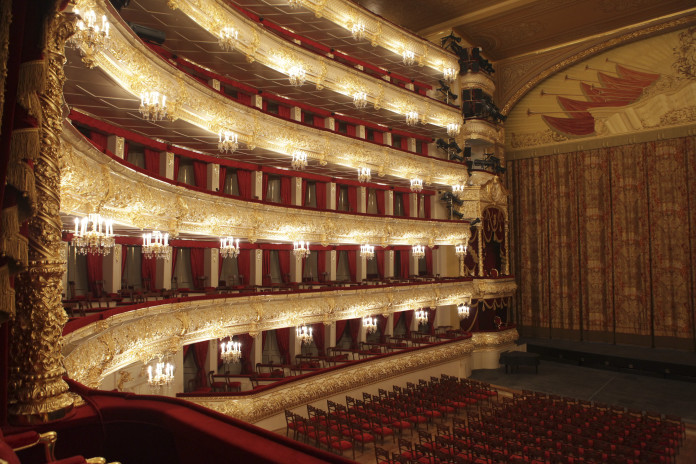 The event will include readings of new plays by Mat Smart, Michelle Auger, Carter W. Lewis, and area students.

Geva Theatre Center has announced the plays that will be part of its 2016 Festival of New Theatre, which will take place Oct. 12-23. The event will include four free readings of new plays, and audiences are invited to provide their thoughts and feedback during post-reading discussions with the playwrights.

“From its inception, Geva has been committed to developing new plays for the American theatre,” said literary director and resident dramaturg Jenni Werner in a statement. “In the last five years alone, we’ve developed 30 plays which have gone on to 30 productions around the country, including six world premieres right here in Rochester.”

First up will be Mat Smart’s The Agitators: The Story of Susan B. Anthony and Frederick Douglass (Oct. 12 and Oct. 15), a commission from Geva and the New York State Council on the Arts. The plays tells the story of Anthony and Douglass’s friendship, which began when they met in Rochester in the 1840s. Valerie Curtis-Newton will direct.

Next up will be David Andreatta’s Fielder’s Choice (Oct. 14), about a father and son who visit all the major league baseball parks in the midst of trouble at home. Jean Gordon Ryon will direct.

Micheline Auger’s Your Wings Have Eyes (Oct. 19) will follow. The play, commissioned by New York City’s Farm Theatre, centers on themes of gender and sexuality on college campuses. It will be produced at three different colleges, starting with The College at Brockport this year. Students from the school have been working with Auger on the play since last spring. Francis X. Kuhn will direct.

The next reading will be Carter W. Lewis’s With (Oct. 20), about a tumultuous relationship between a couple, Clifford and Minnie. Skip Greer will direct.

The final programming in the festival will be the Young Writers Showcase (Oct. 22-23). The six plays were selected from open submissions from Rochester-area students. The plays are Escape by Mitchell Duncan, Night Shift by Rob Kellogg, A Rapid and Polyphloisboisterous Descent Into the Depths of the Ocean and the Darkest Recesses of the Mind by Denis Lomakin, Bunny Ears by Emma Mittiga, Red and the Wolf by Meena Potter, and The Wedding Dress by Alannah Scardino. Lindsay Warren-Baker, Matthew Ames, Patricia Lewis, and Shawnda Urie will direct the readings.