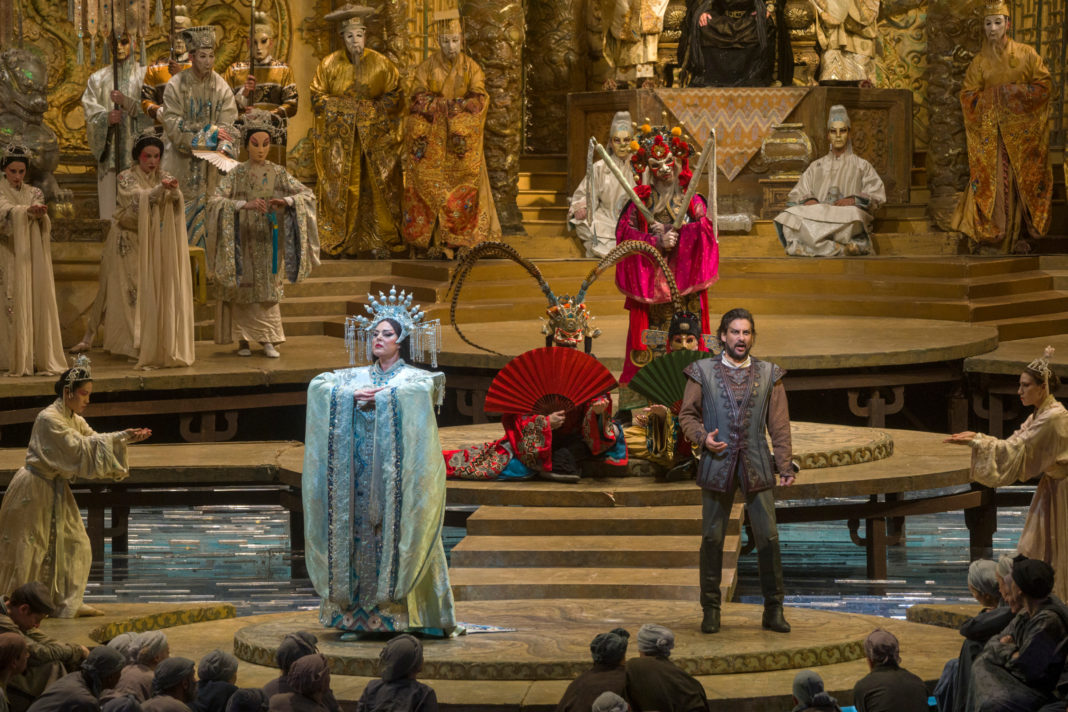 Puccini’s final masterpiece, left unfinished at his death but completed by Franco Alfano, is a grand affair, calling for a large and diverse orchestra and a number of elaborate scenes in royal Chinese palaces. Franco Zeffirelli’s near-canonical production does this grandeur justice and was met with apposite vocal praise by The Met’s audience on Saturday night. While revivals can often feel stale, the sheer intricacy of the sets, from the ornate palace architecture to the emotionally charged multicolored lighting, kept this revival fresh and exciting. Maestro Marco Armiliato led the orchestra, plunging into the tumult of the first act without any restraint.

Dense orchestral textures were navigated with skill in Act 1, and the xylophone’s ominous leitmotif rang discordantly against the musical texture. The Wagnerian influence on Puccini’s writing was palpable, from leitmotivic development to rapid modulation by sequence. Martina Serafin (Turandot) and Marcelo Álvarez (Calaf) sang with precision but often lacked passion, but the trio of Ping, Pang, and Pong (Alexey Lavrov, Tony Stevenson, and Eduardo Valdes, respectively) acted and performed with great persuasion to convince Calaf to give up his pursuit of Turandot. 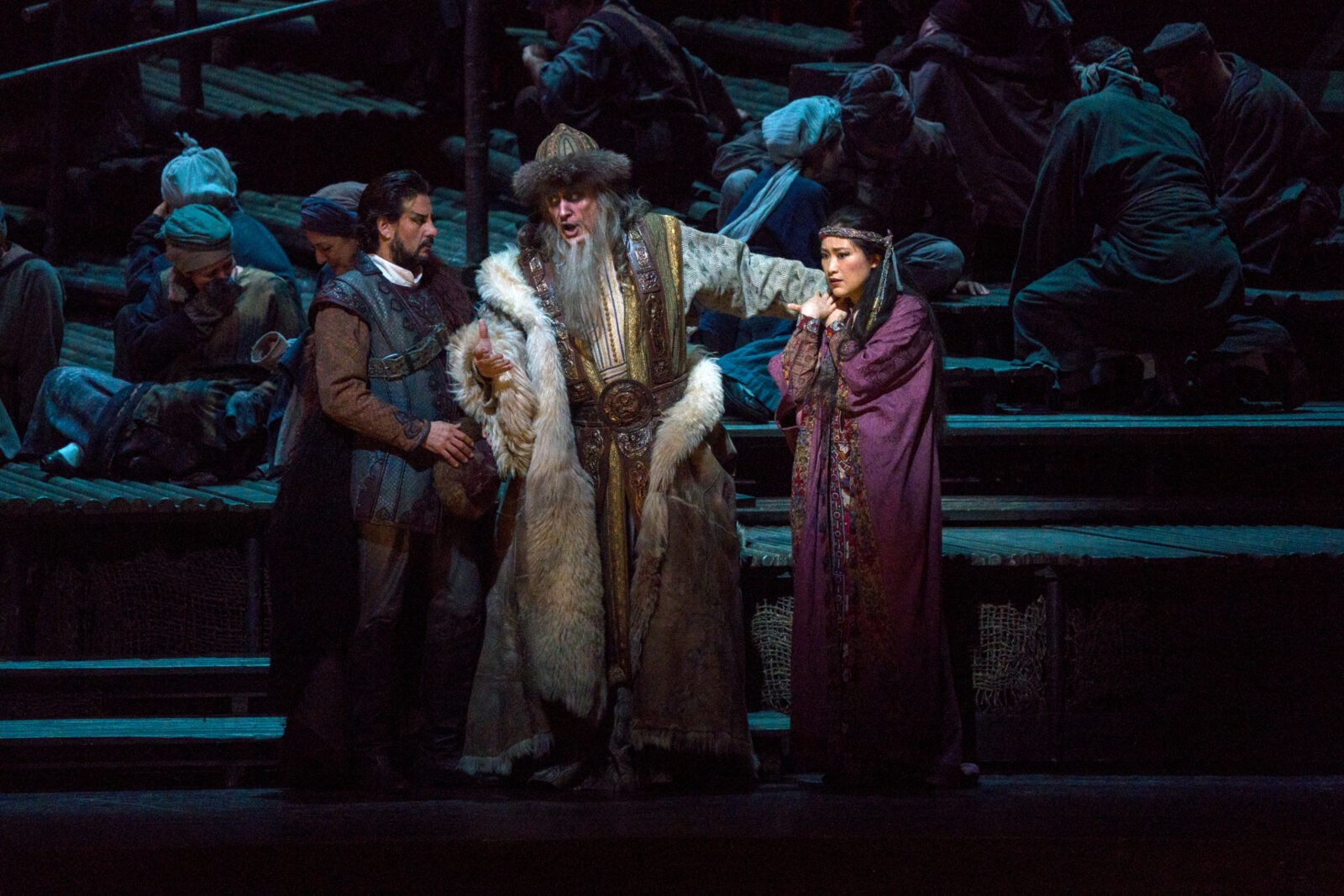 The second act showcased Ping, Pang, and Pong once again as they opened the act with mutual commiseration of their positions and duties. Their musings were put to an end as the backdrop lifted to reveal a magnificent palace courtyard sporting a moat and a bridge. Ronald Naldi, as the Emperor Altoum, sang from a throne fairly deep into the stage and quite high up so that even at full volume his voice seemed far away, but the effect of this topographic placement contributed overall to the sense of vast distance between the Emperor and Calaf. The orchestra’s violent punctuations of the Emperor’s warnings to Calaf likewise accentuated the precarity of the situation. Álvarez’s singing was more lyrical and impassioned in this act but was often drowned out by the orchestra or lost in the cavernous acoustic of the set; the most effective moments were when he sang pianissimo. Turandot finally received a substantial length of dialogue, but Serafin’s performance came through better in her acting rather than her singing, a subtle coy smile and gesture toward Calaf effectively showed her humane side while her declamatory singing did not vary much. 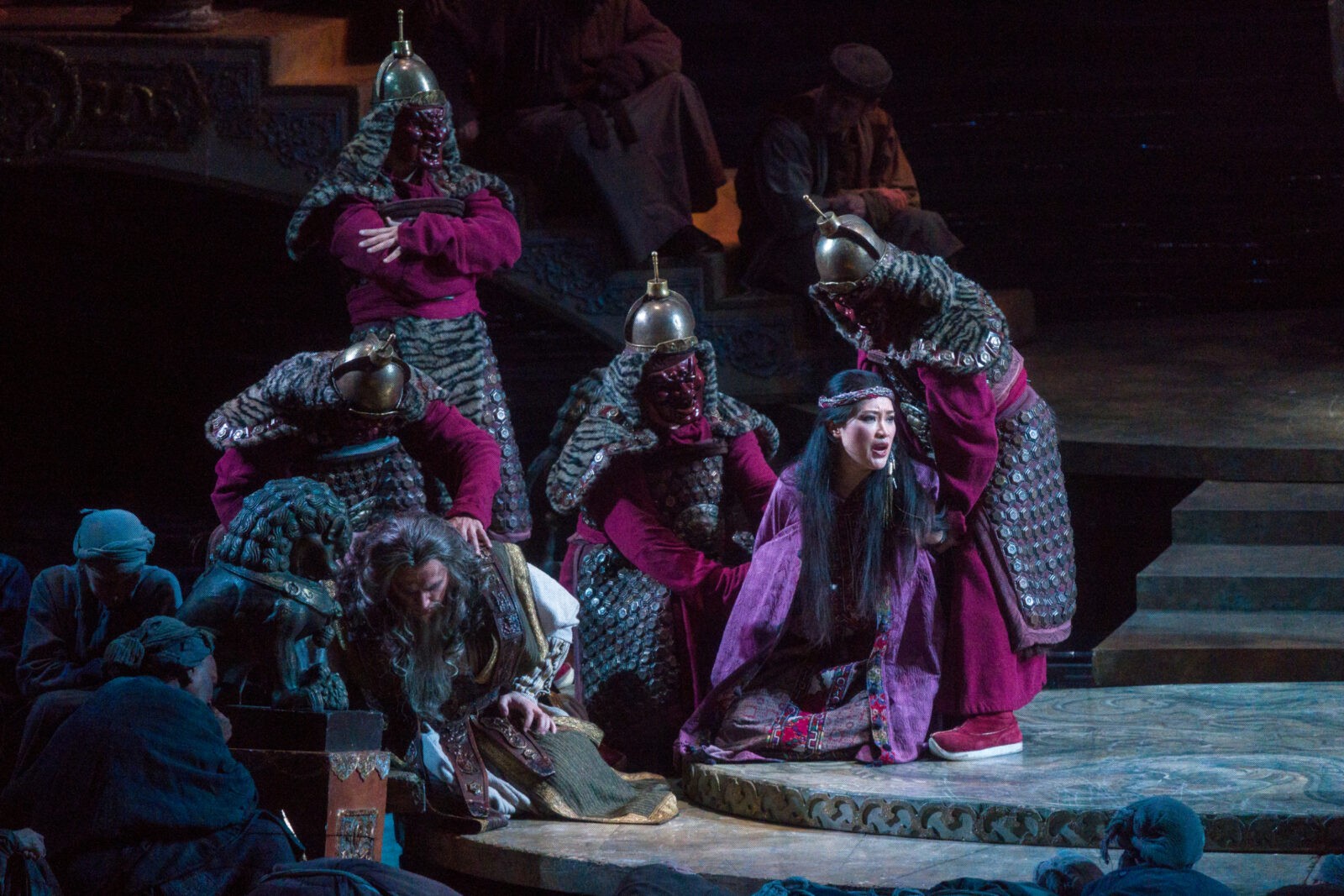 Guanqun Yu (Liù) was the undisputed star of the third act – even the entire opera. Although Armiliato continued to balance the blend of the orchestral texture, dynamics seemed to be somewhat mismatched with the singers, and Calaf’s lines were more than once drowned out. “Nessun dorma” started off well but the climax was rendered hasty, even bathetic, by a perfunctory choral accompaniment and a strained high note. Liù’s heartfelt loyalty to Calaf and her staunch refusal to cede to Turandot’s torture comprised the highlight of the evening’s performance, however. Yu’s voice simultaneously carried the gravitas of a weary victim, the firm resolve of a loving and caring devotee, and the urgency of a woman on the verge of death. After a stellar performance of “Tu che di gel sei cinta,” Calaf and Turandot proceeded to appraise one another while the rest of the busy stage cleared. The restatement of the triumphant “Nessun dorma” theme provided an effective close to the opera, but Liù’s performance still hung in the mind, sticking out for its sheer pathos.