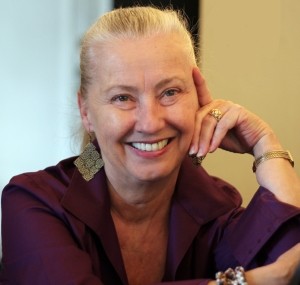 The Eugene O’Neill Theater Center has announced that Paulette Haupt, founding artistic director of the company’s National Music Theater Conference (NMTC), will step down at the end of the 2017 season. Haupt launched the music theatre development program in 1978, which selects three musicals for a two-week residency each summer. The O’Neill will begin a national search for the next artistic director of the NMTC.

“Paulette’s impact on the American musical is immense,” said the O’Neill’s executive director, Preston Whiteway in a statement. “Through her leadership of the National Music Theater Conference, over 180 new music theatre works have been launched and hundreds of new writers and composers have been nurtured and given the opportunity to develop their unique voice. Many of these writing teams continue to push the music theatre form forward, and the O’Neill and the American theatre community owe Paulette a great debt for ensuring these voices are heard.”

Haupt said she is leaving the O’Neill to focus more on her musical theatre development laboratory based in New York City, Premieres.

“My decision to leave the O’Neill was difficult to say the least,” said Haupt in a statement. “But I think that a change of leadership for the Conference will be exciting and timely. My years of experience at the O’Neill have given me great artistic joy, and I look forward to a move to different surroundings where I will be freshly challenged to continue making an imprint in the field of new music theatre. And I look forward to expanding my New York company Premieres and our very successful ‘Inner Voices’ series beyond what it is now.”