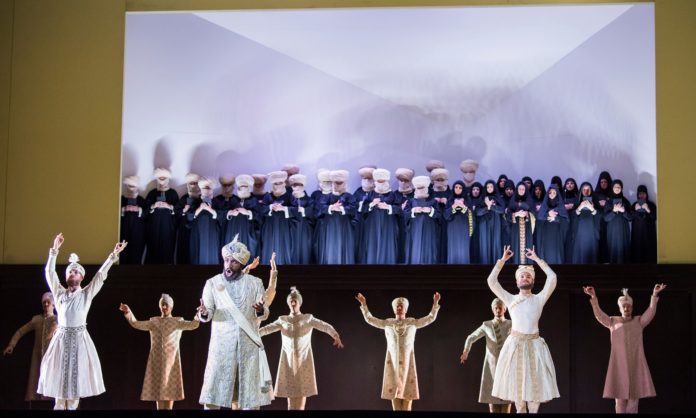 Rossini’s great 1823 tragedy, his last work composed for Italy before he based himself in Paris, was deemed a masterpiece in the 19th century but fell out of fashion for much of the 20th. David Alden’s staging is the first at Covent Garden since 1887, though the opera was heard there is a series of concert performances in 1986. If Alden’s contribution is at times eccentric, the evening also contains performances from Joyce DiDonato, Lawrence Brownlee and Daniela Barcellona that are indisputably great. 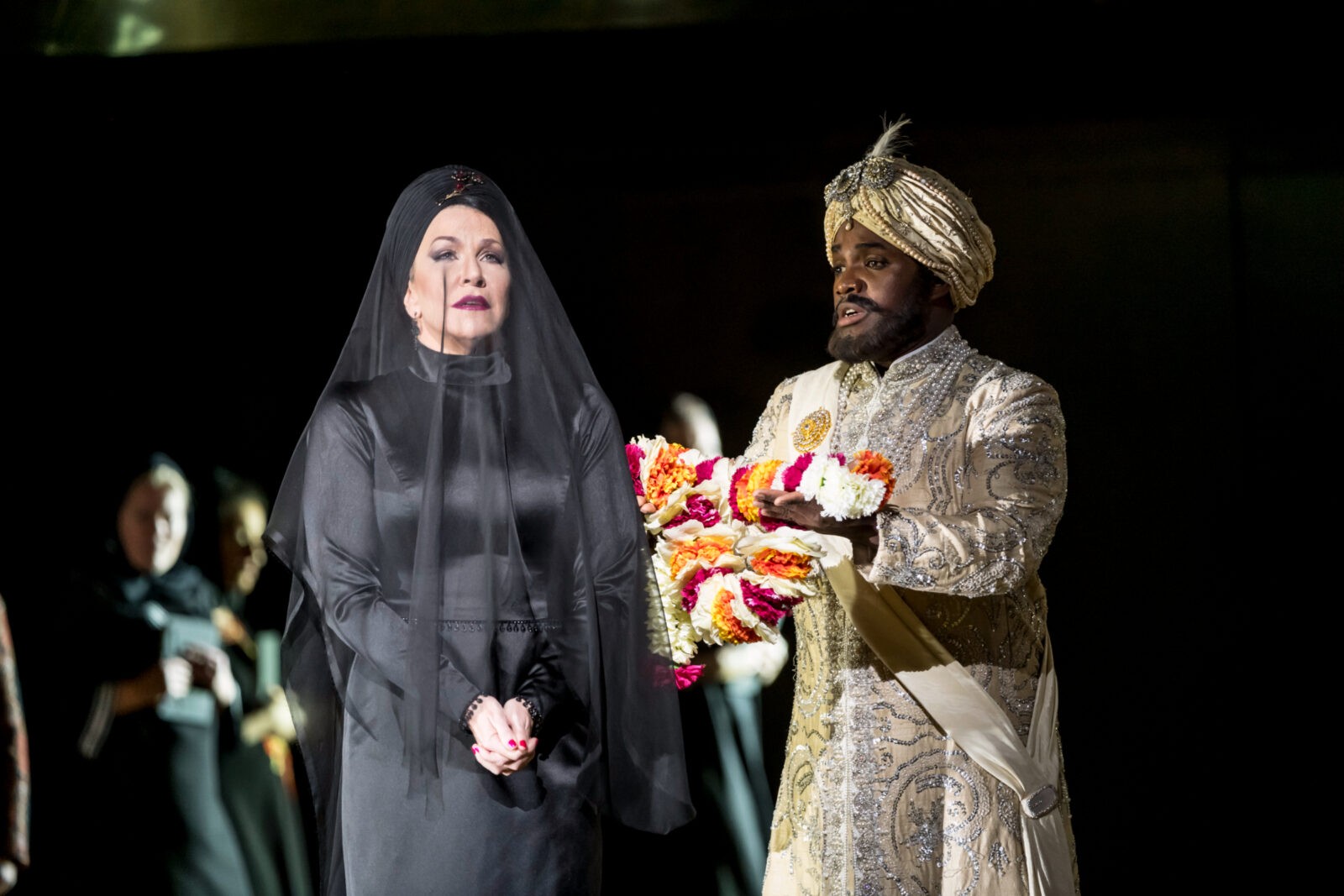 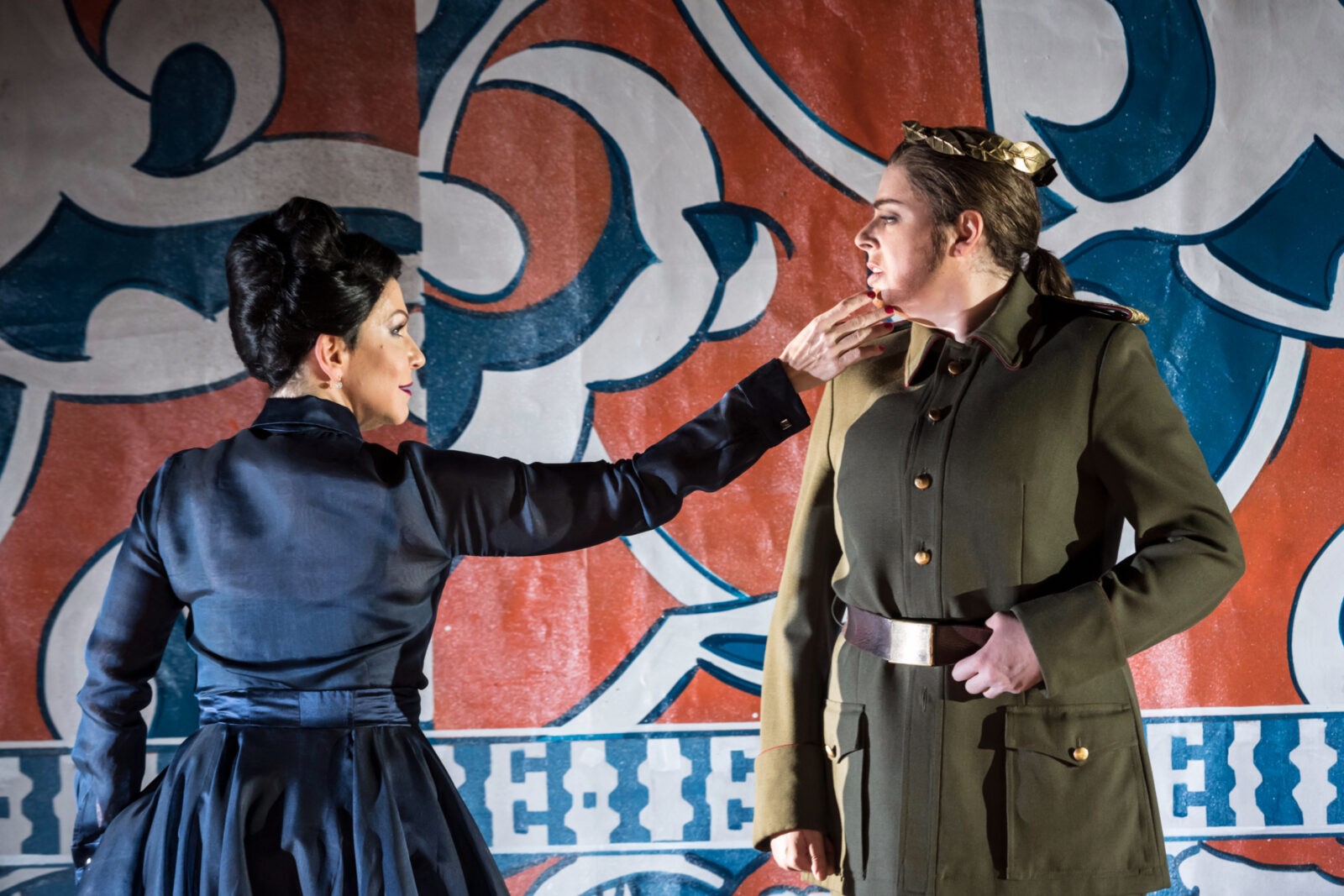 Alden has reimagined Rossini’s “Babylon” as a modern dictatorship, where DiDonato’s guilt-ridden Semiramide struggles to maintain authority as her world crumbles around her. The drama plays itself out in a series of ostentatious corridors of power, where presidential portraits of Semiramide’s murdered husband hang on the walls. A massive, totalitarian statue serves as the god Baal. Buki Shiff’s costumes evoke both Middle Eastern opulence and North Korean militarism, though Brownlee’s Idreno, visiting from the Ganges, is a Mughal raja. The first half is unnecessarily cluttered and includes such quirks as the captive Azema (Jacquelyn Stucker) bound in what looks like a gilded straitjacket, and the ghost of Semiramide’s husband rising, Dracula-like, from his coffin. The second half is simpler, allowing the music to speak more easily – and speak it unquestionably does. 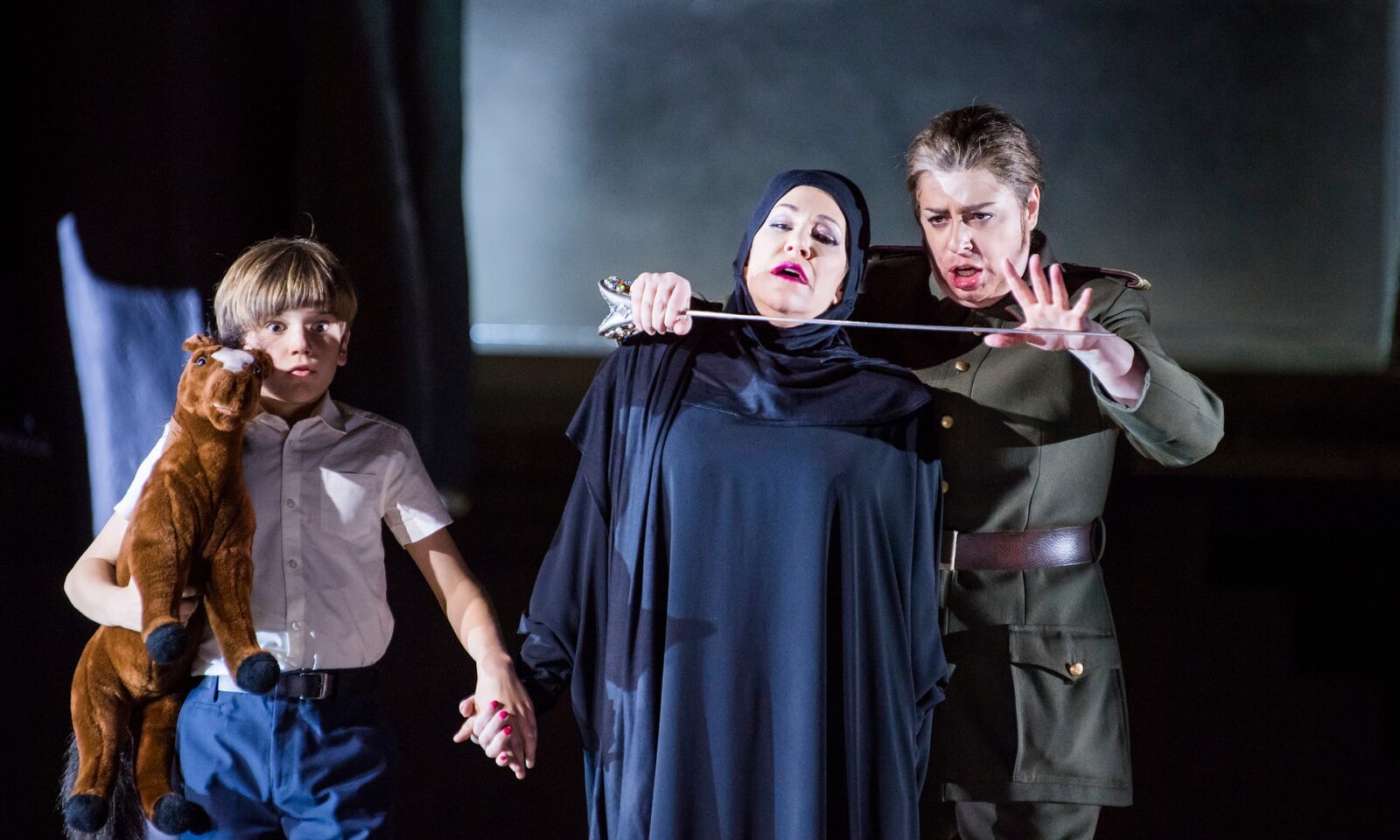 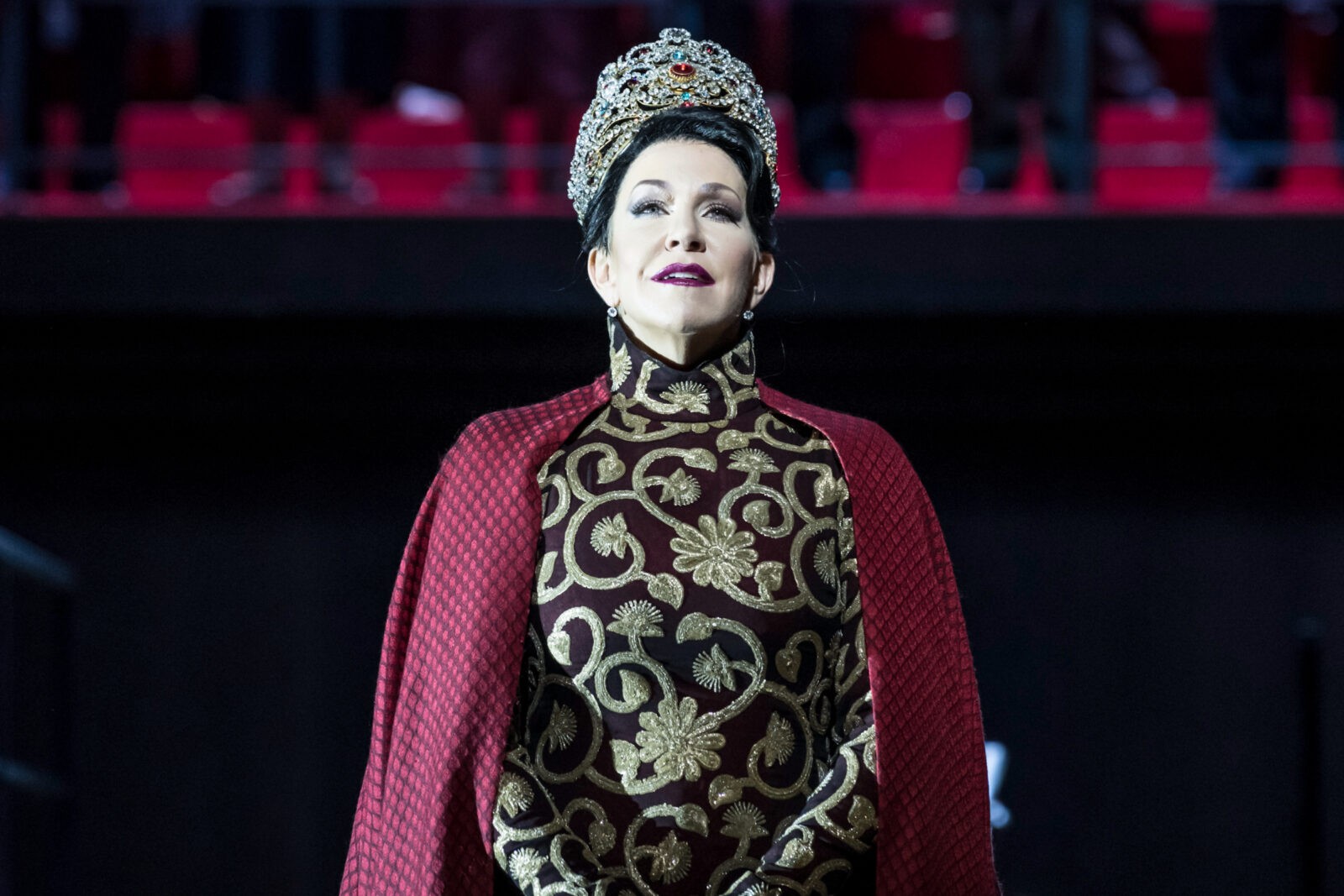 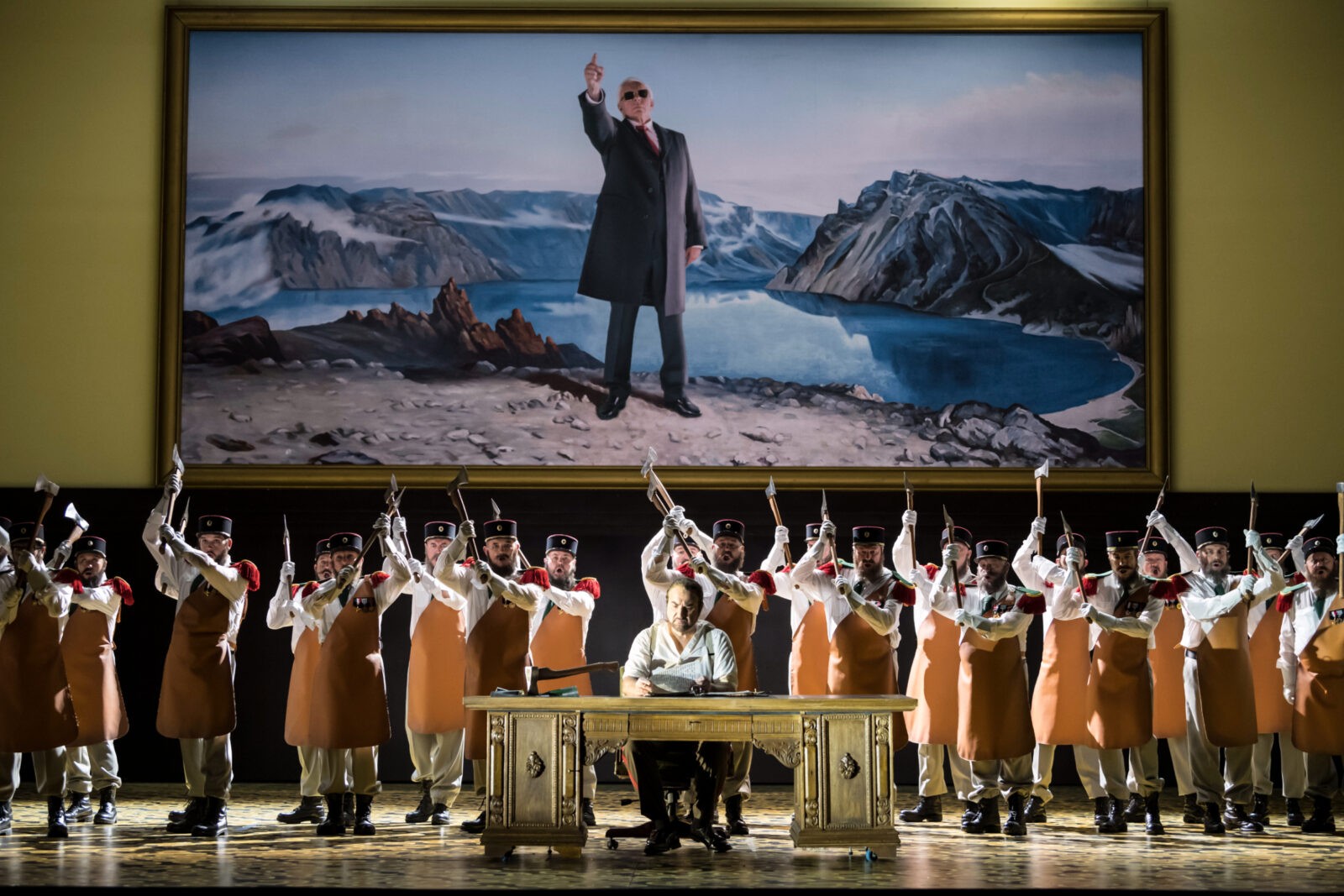 A fine actor as well as a superb vocal technician, DiDonato probes Semiramide’s tortured psyche with remarkable veracity. There are depth and meaning in every phrase, and even the most exacting coloratura passages are placed at the service of the drama. Her duets with Barcellona’s Arsace are both spectacular and moving, their voices perfectly blended. Barcellona thrills with her dark tone in her arias, while Brownlee, passionate and stylish, flings out top notes with glorious ease. Michele Pertusi, cast as Semiramide’s lover Assur, was unwell on opening night, and after a rough first act, bowed out at the interval to be replaced by Mirco Palazzi, who takes over the role later in the run: his mad scene, on this occasion, was darkly intense and beautifully accomplished. Antonio Pappano conducts with great drive and panache. The staging may be an acquired taste, but musically, the best of it is staggering.

You can now hear the NASA Satellites | StudioKCA