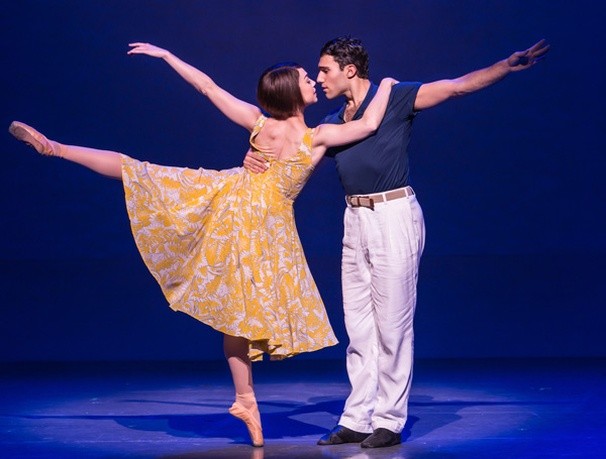 He’s got rhythm! Broadway alum Matthew Scott begins performances in An American in Paris on August 9. He steps in for Brandon Uranowitz in the role of Adam Hochberg; Uranowitz, who earned a Tony nomination for his performance, played his final performance on August 7.

Scott has appeared on Broadway inSondheim On Sondheim, Jersey Boys andA Catered Affair. Across the U.S., he has performed in productions at La Jolla Playhouse, the Kennedy Center, Goodspeed Opera House, Paper Mill Playhouse and Pittsburgh CLO. His television credits include First You Dream: A Tribute To Kander & Ebbon PBS and All My Children.

Directed and choreographed by Christopher Wheeldon, the musical tells the tale of a young American soldier, a beautiful French dancer and an indomitable European city, each yearning for a new beginning in the aftermath of war. An American in Paris features music by George and Ira Gershwin and a book by Craig Lucas. The show includes the songs “I Got Rhythm,” “‘S Wonderful,” “But Not For Me,” “Stairway to Paradise,” “Our Love Is Here To Stay” and “They Can’t Take That Away.”

As previously announced, Uranowitz will appear in the Broadway revival of Falsettos, which is scheduled to begin performances on September 29.