Home Events Theatre Monopoly The Musical is coming to Broadway 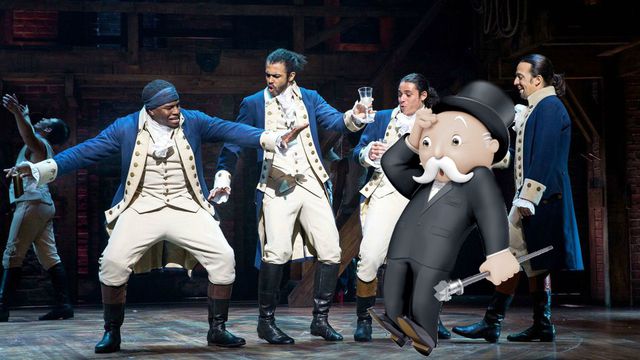 Hasbro is ready to collect some Broadway ticket stubs: Its iconic board game Monopoly is heading to the stage.

On Monday, the company announced its first-ever Broadway production, Monopoly: The Musical. Hasbro has partnered with the Araca Group — the Broadway production company behind Urinetown, Wicked, and Rock of Ages — to give the board game the song-and-dance treatment. A creative team has yet to be announced, but Hasbro promises a “unique and immersive experience for people of all ages.”

“Monopoly is one of the most iconic gaming brands of all time,” Simon Waters, Hasbro General Manager and Senior VP for Entertainment and Consumer Products, said in a statement. “Hasbro is dedicated to delivering new and exciting ways for consumers to interact with all of our brands and this stage adaptation will do just that.”

It’s unclear when Monopoly: The Musical will “pass go” on Broadway, so for now, fans can keep their money in the bank.

Artist Liz West Captures a Rainbow Inside the Bristol Biennial