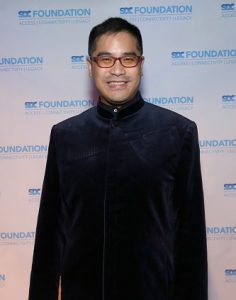 Stage Directors and Choreographers Foundation (SDCF) has announced the 2015-2016 Joe A. Callaway award winners and the recipient of the 2015-2016 Breakout Award. The honorees received their awards at a ceremony  on Monday at the Laurie Beechman Theatre.

Sarah Benson received the Joe A. Callaway Award for her direction ofFuturity, produced by Soho Rep and Ars Nova, and James Walski received the award for his choreography of Trip of Love at Stage 42. Director Ed Sylvanus Iskandar received the Breakout Award, which recognizes an individual director or choreographer whose body of work shows promise, energy, and originality in New York and beyond.

The Joe A. Callaway Awards are given out annually and recognize excellence in direction and choreography in the New York City theatre season. The prize is the only one given by professional directors and choreographers to their peers for work on a specific production.