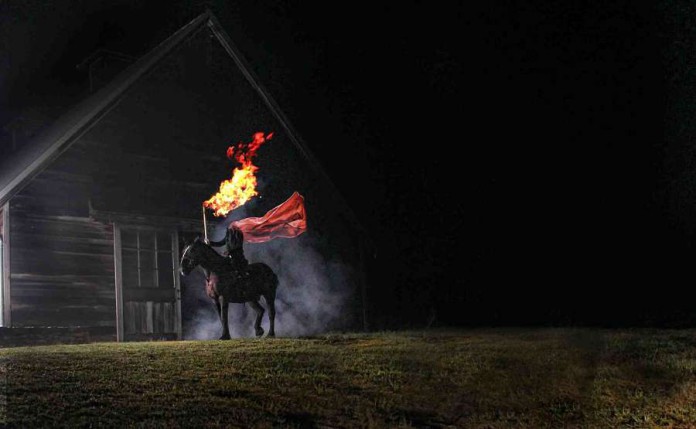 The ninth season at the Atlanta theatre will feature classic musicals and new adaptations.

Serenbe Playhouse has announced its 2017 season, the company’s eighth, which will feature classic musicals, Shakespeare, and a new adaptation.

“We’ve picked titles and environments that embrace the energy and essence of rebellion!” said founder and executive artistic director Brian Clowdus in a statement. “This is a season near and dear to my rebellious heart, and one that promises a variety of laughs, tears, and gasps fit for everyone from a pink lady to Sally Bowles.”

The first show of the season will be Grease (March 23-April 16, 2017), by Jim Jacobs and Warren Casey. The musical follows summer lovers Danny and Sandy, as they navigate their romance and school cliques at Rydell High.

Next up will be a new adaptation of Robin Hood (June 2-Aug. 13, 2017), from Rachel Teagle. The family show, about Sir Robin who steals from the rich and gives to the poor, will feature an immersive zip-line experience.

The next show will be Shakespeare’s Macbeth (June 22-July 9, 2017), which will be staged in the Serenbe woods.

Cabaret (Aug. 3-27, 2017), by Joe Masteroff, John Kander, and Fred Ebb, will be the final summer show. Set in 1931 Berlin, the musical follows nightclub performer Sally Bowles as she navigates romance and the conflicted world around her. Clowdus will play the Emcee of the Kit Kat Klub.

Next up will be Clowdus’s adaptation of The Sleepy Hollow Experience (Sept. 28-Nov. 5, 2017), a spooky annual Halloween offering.

The final show of the season will be Rachel Teagle’s adaptation of The Snow Queen (Nov. 30-Dec. 30, 2017). The Hans Christian Andersen tale is back for the fourth time for the holidays.