Home Events Theatre The Met’s Bohème: As if it were new 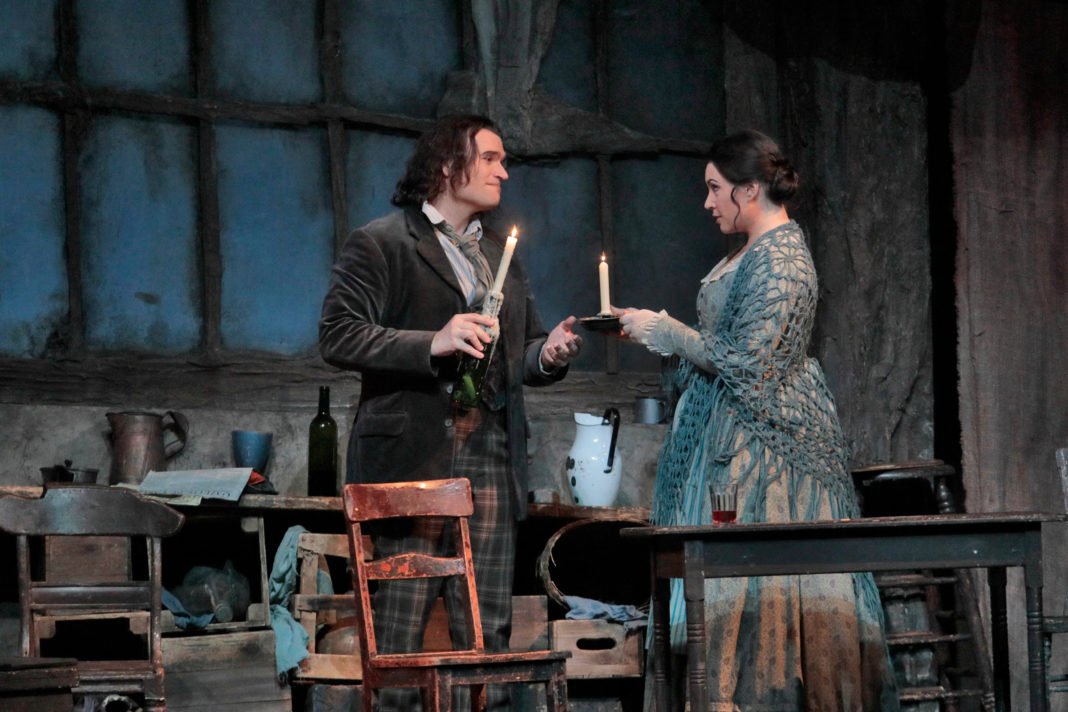 The Met’s 36-year old, Franco Zeffirelli production of La bohème, like the opera itself, does not really get old. The lavish sets – realistic on a staggering scale – still pleases the eye and surprises; the management of the 300 people on stage in Act 2, alone, is a feat of strength and daring. Over the years I’ve seen the production more than two-dozen times – starting, I might add, with the bewitching opening cast of Teresa Stratas and José Carreras. The opera’s – and this production’s – charms are so grand that it doesn’t take much to convince an audience: I dare say that all an evening of Bohème needs to be deemed successful is a fine Mimì and Rodolfo. And frankly, either one might do in a pinch, with the right energy on stage and in the pit. Happily, audiences at this Spring’s revival at the Met need not make choices – the casting is brilliant. One was reminded of evenings with Mirella Freni and Luciano Pavarotti.

In fact, the performance on the 21st might be near the top of a lifetime of Bohèmes. From conductor Marco Armiliato’s downbeat and the opening chords in crisp, quick succession and the bright interplay of the four friends onstage, through the gentle but yearning “Mi chiamano Mimì,” the energetic, clean brass and choral work in the Café Momus scene, through Puccini’s atmospheric, harp-tinged snowfall in Act 3 and the following three duets and quartet to the nostalgic duet of Marcello and Rodolfo in the final act and mournful finale – taken slowly and milked for pathos – this was a Bohème that was played, sung and acted as if it were the most natural thing to do. 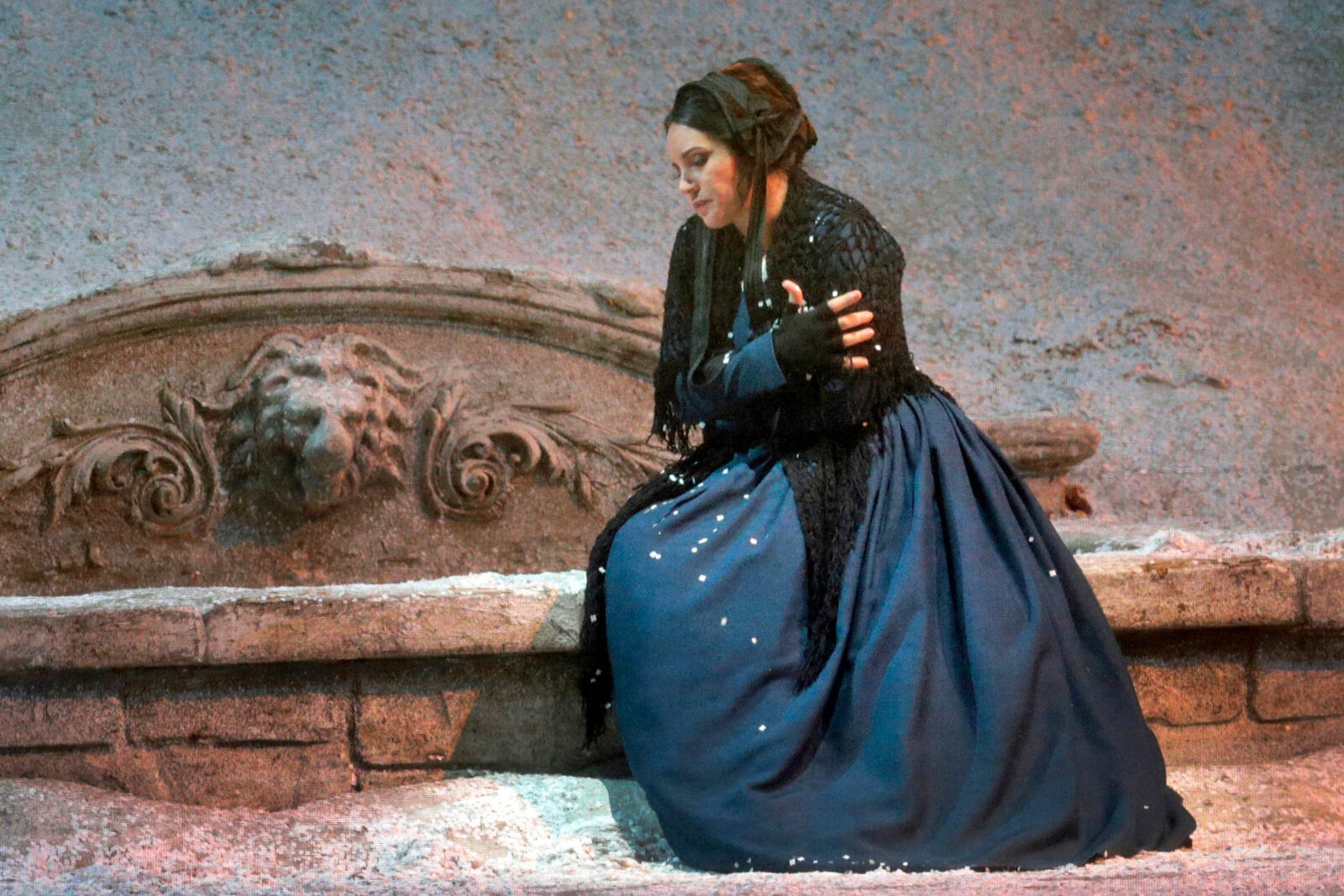 The players seem like friends. Looking and acting their parts, they are a relatively young group and they throw themselves into their characterizations, the interplay (much of Zeffirelli’s staging is intact) is comfortable and natural. Lucas Meacham’s Marcello, a big man with a big voice and personality, rings out with good humor and vitriolic jealousy by turns. His voice matches well with Michael Fabiano’s youthful, impetuous, ringing Rodolfo. Fabiano sang with abandon and ardency, and one felt that his Rodolfo had been looking for a focus his entire life and realized what it was when Mimì walked in. Every so often Fabiano found himself ahead of the beat but it hardly mattered. He sang his big aria in pitch, complete with high C which was bettered only by his unison C with his Mimì at the end of the act. His quiet singing in Act 3 was sensitive and conrolled.

And what a Mimì! With exactly the correct combination of flirtatiousness and vulnerability, Sonya Yoncheva scored what would be a career-making move were she not already a star. The beautiful sound blooms just when one hopes it will, the sound is grand and carries through the hall. Like Fabiano, her legato is pure, so her aria seems unrehearsed; her timidity is all physical, never coyly vocal. Her “Donde lieta usci” left the house in silent awe until it erupted in appreciation. Part Freni, a hint of Scotto and a touch of Tebaldi… superlatives fail. 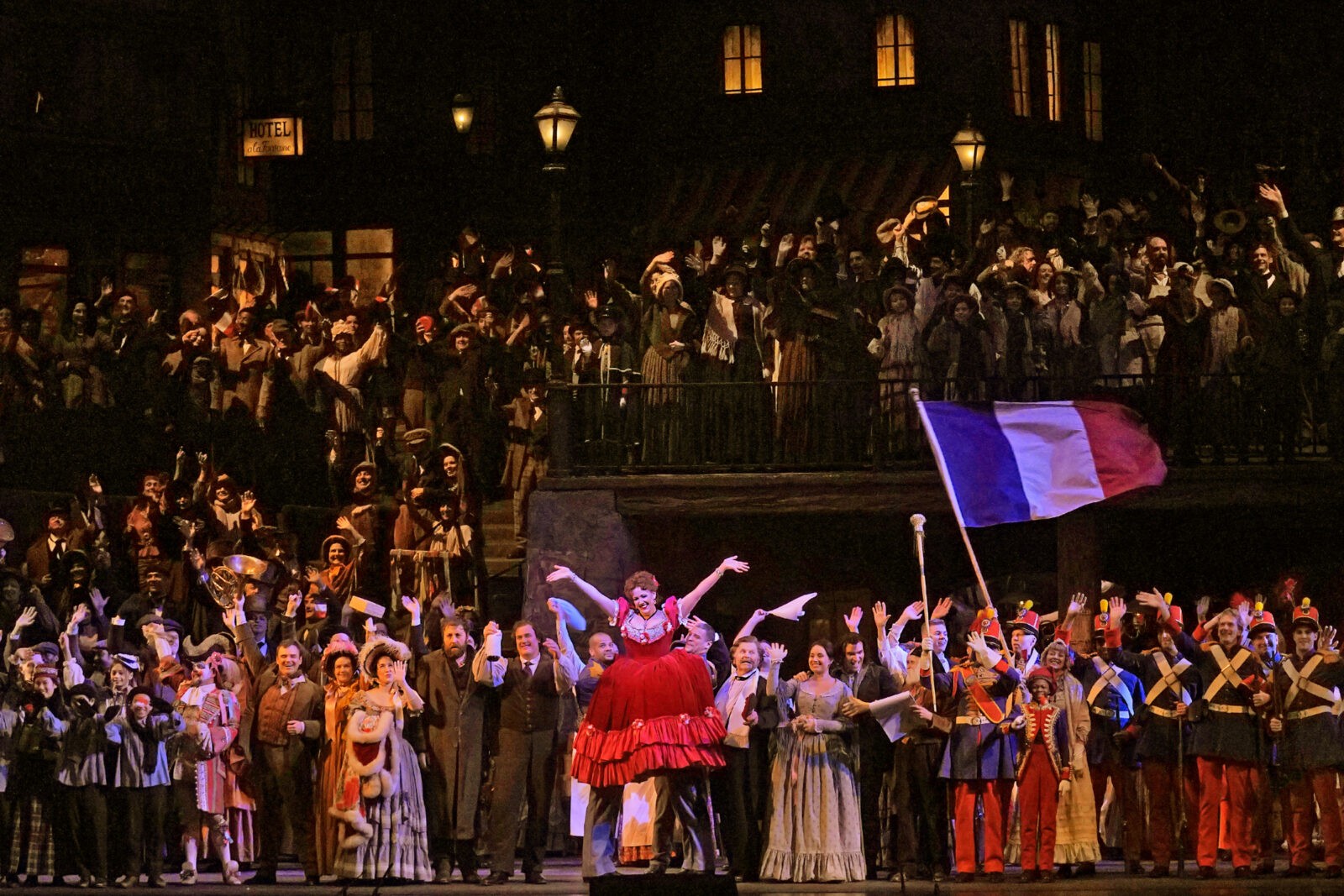 Susanna Phillips’ Musetta avoided trashiness either vocal or physical, while keeping allure high. Her stormy relationship with Meacham’s outgoing Marcello was never more vivid or sexy. As she should, she ruled the second half of the Momus scene, and one felt wonder at her tenderness at the finale. Alexey Lavrov provided a well-drawn, vocally assured Schaunard, while Matthew Rose, a fine figure onstage and a nuanced singer, seemed to have run out of vocal steam in his last act aria. Paul Plishka, now in his 51st year at the Met, still makes a case for both Benoit and Alcindoro.

A Seismic Collaboration: LA’s Getty Museum Teams Up With the Greek Government to Protect Art From Earthquakes