Home Events Theatre The theaters that have given up the usual stage: Opera festival on... 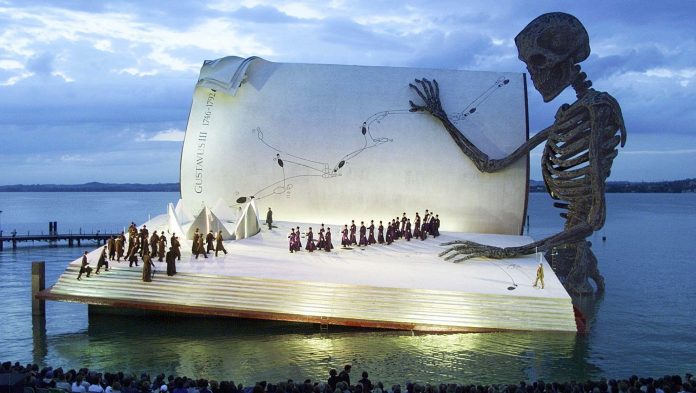 Every July, the Austrian city of Bregenz hosts a performing arts festival. However, it was not the opera that became the subject of general curiosity, but a new floating stage on Lake Constance. The thing is that the stage itself every year becomes a work of art, again and again delighting and surprising the guests of the festival.

Despite the fact that during the festival, the audience is shown a classical opera, the scenography of each performance is amazing. The decorations are impressive in size and interact with a huge number of special effects during the performance, which makes them even more expressive. Often, directors use the water space around the stage in their productions. Going beyond the stage makes the performance even more realistic. 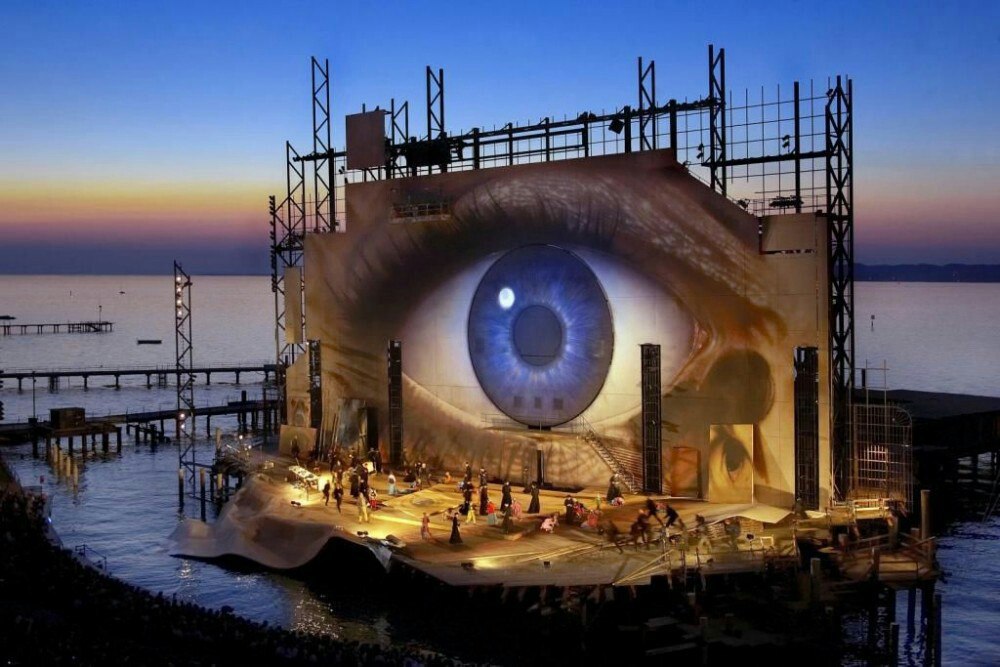 Such an arrangement allows directors to be free of any restrictions on their ideas and gives them incredible possibilities both in terms of scenery and in terms of scenography. An example of this is the opera Aida, a significant part of the action of which took place directly on the water against the background of the huge destroyed Statue of Liberty (it symbolizes the conflict between the concepts of slavery and freedom, revealed in Aida ). Of course, such a scale of stage action also requires corresponding expenses on the part of the organizers. Fortunately, in Seebühne, not only the stage but also the auditorium is huge. It is also located in the open air and is designed for seven thousand people. 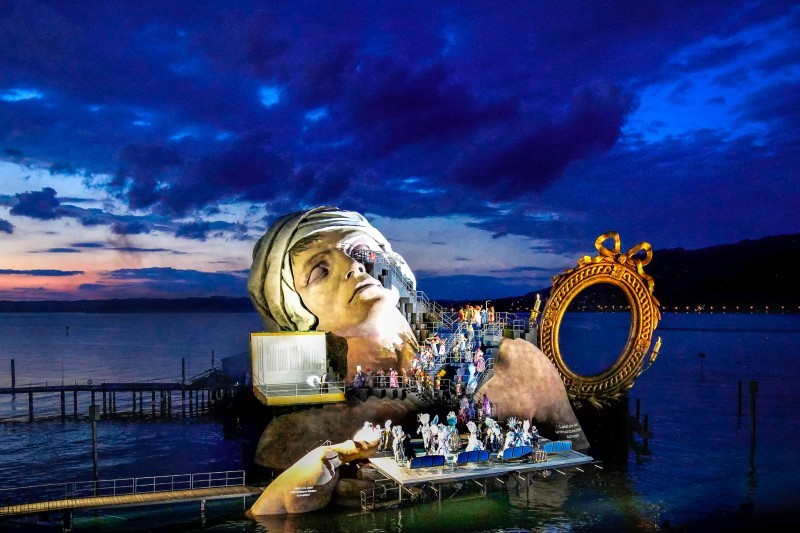 Bregenzer Festspiel is one of the largest such events in Europe, the origins of which go back to the post-war 1946. It was then that the French occupation forces were in Bregenz and decided to organize an unusual concert for themselves: to place the performers on the rafts, and the spectators on the shore. The performance went well and continued.

Experienced craftsmen construct a truly fabulous set for each performance. During the performances, a high-class lighting system is used; in the rays of multi-colored projectors, the stage looks simply unique. The world-famous Bregenzer Festspiele never ceases to conquer the hearts of opera fans, the number of fans of this unusual festival is increasing every year.

Bonhams Achieves its Highest Total for Asia Week at $16.96 million