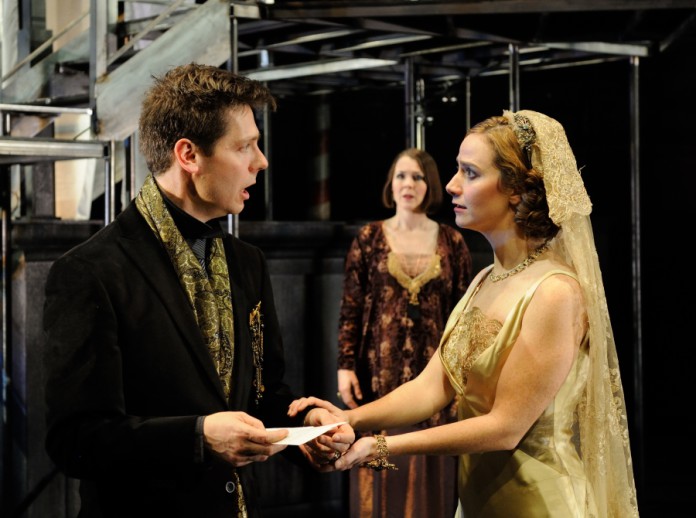 The program will offer free tickets to the theatre’s production of ‘Midsummer’ to all Rhode Island 11th graders.

Trinity Repertory Company has announced the Grade 11 Project, which will offer free tickets to its production of A Midsummer Night’s Dream (Feb. 9-March 26, 2017) to all 11th-grade students in the state of Rhode Island. The ticketing initiative marks the 50th anniversary of Project Discovery, the company’s student matinee program.

“Inviting the 11th graders of Rhode Island to A Midsummer Night’s Dream is the perfect way to celebrate this landmark anniversary,” said artistic director Curt Columbus in a statement. “It harks back to the production we staged in the first season of Project Discovery, and fulfills our mission of bringing live theatre to every student across the state and growing the next generation of theatregoers.”

The Grade 11 Project is made possible with support from the Rhode Island State Council on the Arts, through an appropriation by the Rhode Island General Assembly, and a grant from the National Endowment for the Arts. Trinity Rep must match the State’s investment with private donations, and fundraising efforts are underway.

“The State Arts Council is honored to support this initiative of Trinity Rep to share their production of A Midsummer Night’s Dream with 11th graders throughout the state,” said Randall Rosenbaum, executive director of the Rhode Island State Council on the Arts, in a statement. “Engaging with theatre and the arts is an essential component of every student’s education, and I have heard repeatedly from many Rhode Islanders that their involvement with Trinity Rep’s Project Discovery left a lasting and positive impression of their time in school. Many congratulations to Trinity Rep for reaching this milestone.”