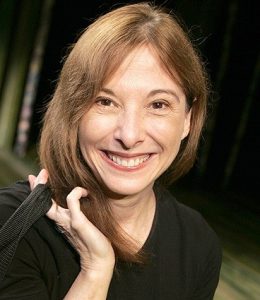 The playwright will be honored at the William Inge Center’s annual festival in April 2017.

The William Inge Theater Festival at Independence Community College has announced Beth Henley as the honoree for the 36th annual festival, which will take place April 19-22, 2017. Henley will be presented with the William Inge Distinguished Achievement in American Theater Award.
Henley’s playwriting credits include Pulitzer winner Crimes of the Heart, The Miss Firecracker Contest, and The Jacksonian. She will be present at the 2017 Inge Festival, where her work will be celebrated. The festival will include evening performances, workshops, discussions, a scholar’s conference, and social events. The full festival schedule will be released in the spring.“Sometimes when you see a play, it smacks you in the face and changes your perception of the world forever,” said Inge Center artistic director Karen Carpenter in a statement. “Such was the case when I saw Beth Henley’s Crimes of the Heart in 1981. Beth made me laugh and weep in the exact same moment. She is masterful in her depiction of women; her deft, comedic voice is singular in its embrace of life’s challenges. We are thrilled to bestow this honor on her.”

Previous Inge Festival honorees include Arthur Miller, Edward Albee, Wendy Wasserstein, David Henry Hwang, Tina Howe, and August Wilson. The Inge Festival was founded in 1981 to celebrate the accomplishments of nationally renowned playwrights. It is named after Pulitzer-winning playwright William Inge and held within the Inge Center for the Arts, also home to the William Inge Collection, which contains some 400 pieces of correspondence, original artwork, and many original manuscripts, as well as Inge’s personal book and record collections.