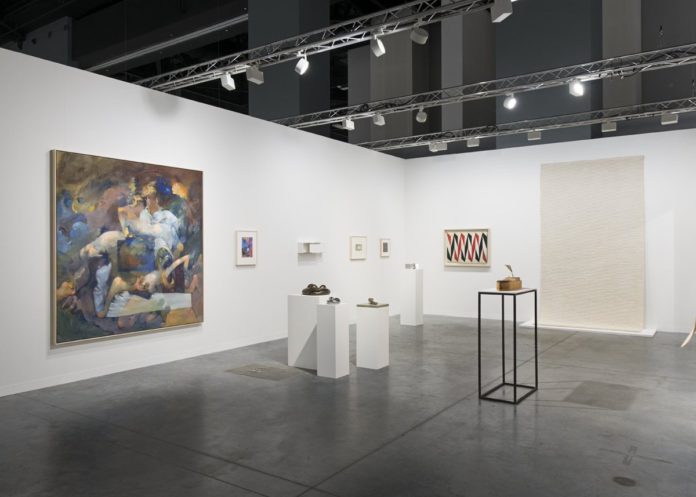 Alison Jacques Gallery announces the representation of Carol Rhodes (1959–2018) in partnership with Carol Rhodes Estate, curated by Andrew Mummery, who worked closely with Rhodes for most of her career.

Carol Rhodes has created a distinctive landscape painting style throughout her twenty-five-year career, developing a world of semi-fictional places that are both familiar and ambiguous.

Psychologically charged and often subdued in color, Rhodes’ paintings reflect our perception of place, the ways in which we perceive, create, and adapt to our environment.

Although Rhodes was born in Edinburgh, Rhodes was raised in India from infancy, living near Calcutta, until she moved to the UK as a teenager to complete her education. She continued to visit India once or twice a year when she was in her twenties, and her stay there greatly influenced her further artistic practice.

Returning to West Bengal in 2012–2013 for residency, Rhodes noted that her early experience with India (its colors, density of detail), and then alienation from it, influenced her work in immeasurable ways. Additional sources fell into Rhodes’ visual language. Aerial photographs taken by herself or found in illustrated books on geography and the environment were one of the foundations of her compositions.

She explained that she could use many photographs by combining different parts of them in a drawing setting space, scale, colors, point of view. Such preparatory drawings were instrumental in this process, allowing Rhodes to create what she called fictional synthesis – a composition that she would then apply directly to the board as a skeleton for a painting. Later in her career, Rhodes began exhibiting these drawings as stand-alone pieces.

Rhodes studied at the Glasgow School of the Arts (1977-82,) but after graduation, she became involved in community activities organizing and participating in feminist, pacifist campaigns for gay rights and social justice. She co-founded the Free University of Glasgow and from 1986 to 1988 was part of a growing group of artists associated with Transmission, an artist-led gallery of which she was a member.

Rhodes returned to painting in 1990 and has participated in exhibitions such as The New Art of Scotland (1994) at CCA Glasgow. The wider exhibition was the result of her first solo exhibition in 1998 at the Andrew Mummery Gallery, London, after which the work began to enter the public collections. In 2007, a retrospective exhibition of Rhodes’ work was presented at the Scottish National Gallery of Modern Art in Edinburgh. 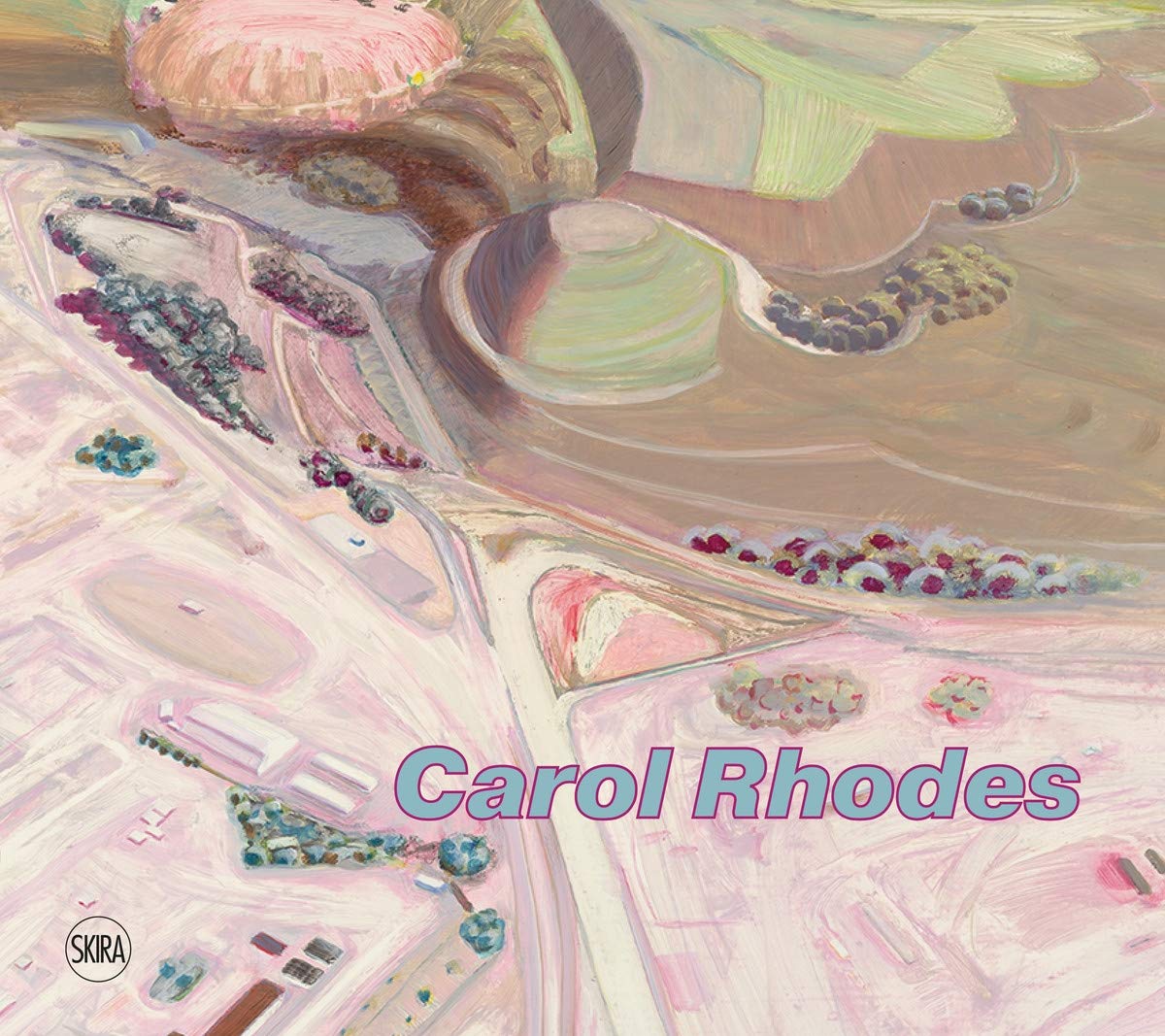 The scenes in Rhodes’ paintings may seem emotionally and ideologically detached at first, perhaps due to their composite nature. She stated that “part of the momentum is creating the mood, the temperature, the puzzle.

But whether it be an unbiased illustration of the environmental damage caused by industrial devastation, or other ways of recording the movement and residence of people, the artist’s political awareness remained an integral part of her work, albeit subtly.

Alison Jacques Gallery represents Carol Rhodes in partnership with Carol Rhodes Estate, curated by Andrew Mummery, who has worked closely with Rhodes for most of her career. During her lifetime, personal museum exhibitions of Rhodes’ work were presented at venues such as:

See the World, the first posthumous institutional exhibition of Rhodes’s work, is slated to take place in 2021 at the Kelvingrove Art Gallery and Museum in Glasgow as part of the Glasgow International Festival.

Since opening her own gallery, Alison Jacques has developed an exhibition program of both unknown and recognized artists. She has supported artists such as Maria Bartuzova, Lygia Clarke, Roy Oxlade, Dorothea Tanning, and Hannah Wilke who have not previously been represented in the gallery in Great Britain.

In 1999, Alison Jacques became the first young dealer to work on the Robert Mapplethorpe estate and continues to be the only representative of his estate in the UK. Jacques’ curatorial approach and seemingly non-commercial approach to Mapplethorpe’s unknown works such as his early 1970s polaroids or his unique works and sculptures, which were little known and previously unseen, led to the creation of a strong commercial market for Mapplethorpe, as the artist, not a photographer as such.