Home Exhibitions An exhibition of new work by Arturo Herrera – is presented by... 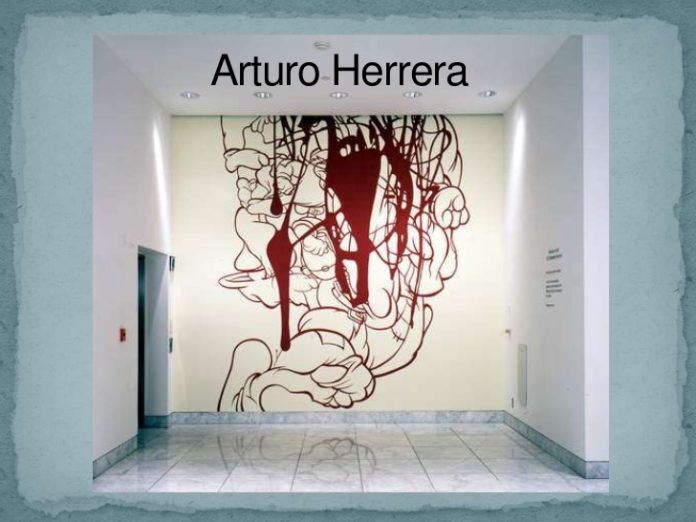 New York – Sikkema Jenkins & Co. presents an exhibition of new works by Arturo Herrera, which will be presented in galleries from November 21, 2020, to January 23, 2021.

Over the course of his career, Arturo Herrera has developed a wide variety of works (most notably collages, felt sculpture, and wall painting) that reference the complex legacy of abstraction using modernist strategies of fragmentation, re-composition, and repetition.

His works make frequent use of found material and include figures and imagery derived from popular culture, prompting viewers to interpret many references and readings. Arturo Herrera’s work often plays with the generative tension between what is revealed and what is hidden.

By hiding parts of the image, the viewer sees less but broadens his view of what is missing. The less the image is expanded, the more we can expand it.

This concept is embodied in new works by Herrera, painted on paper in mixed media, which are combined with painting and collages, and expanded with the wallpaper sections installed in the gallery.

Collage works by Arturo Herrera are accompanied by a series of glass drawings. These monochrome glass pieces are inspired by the spatial forms of dance – delicate contours evoke movements and lines of bodily movement and choreography. 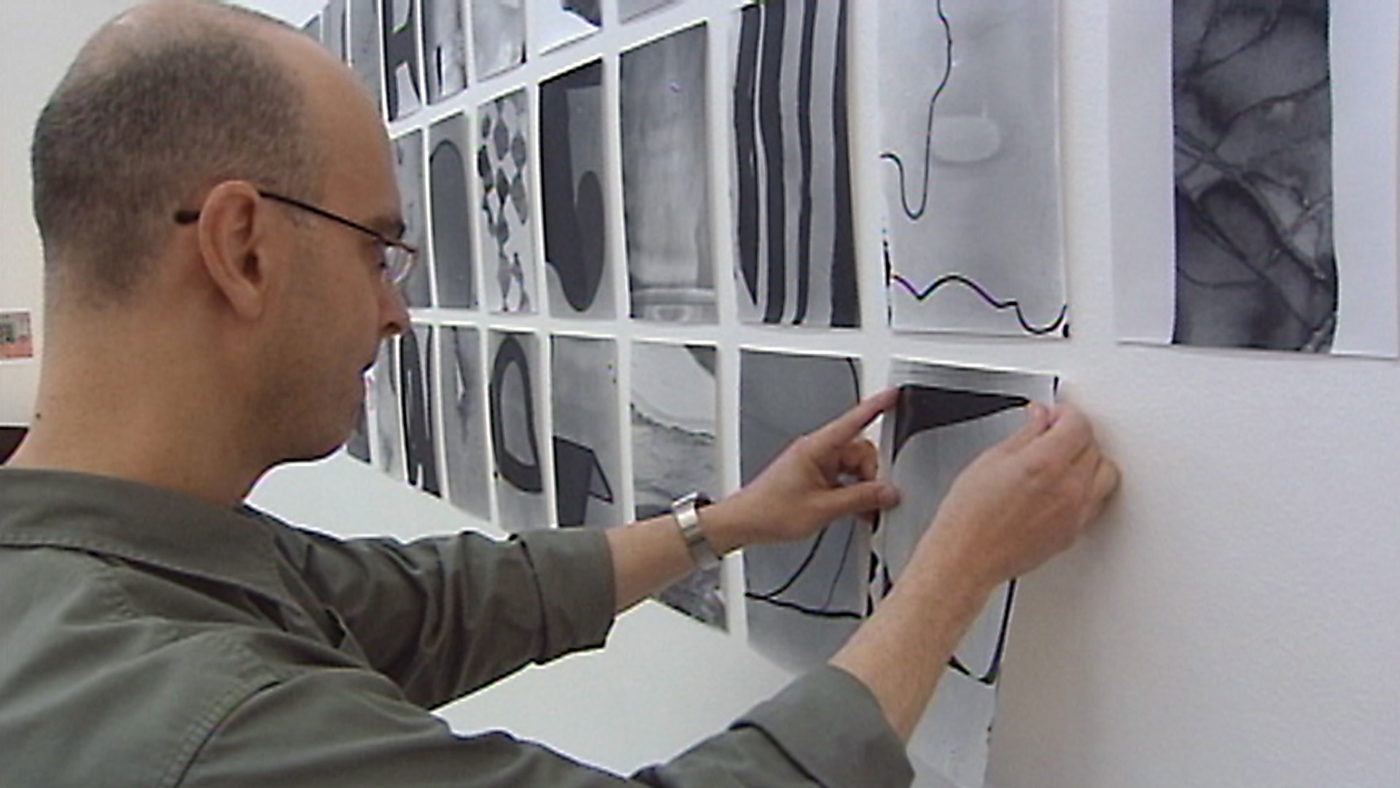 Herrera is best known for his cartoon collages and felt sculptures. They combine popular cultural imagery with the formal language of painting and abstraction. Much of his work is open-minded and provocative, often appropriating innocent imagery, such as Disney characters, and mixing them with sexual and violent themes.

The artist explained his cumulative practice so that life consists of a simple combination of things. We don’t quite understand why we put things together. Our emotional life and memory are very important parts of this.  Looking at visual images, you can only get information by association. 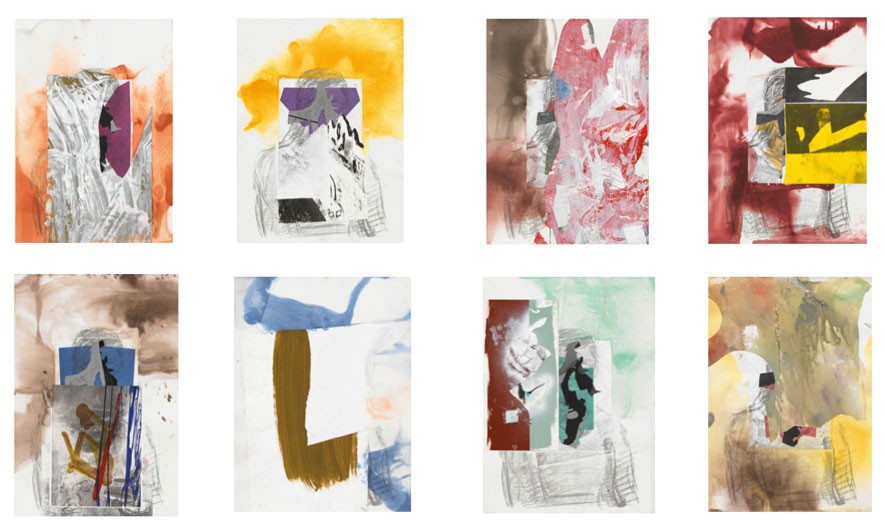 Arturo Herrera’s exhibition history includes exhibitions at important cultural institutions such as the Dia Arts Center in New York, the Hammer Museum in Los Angeles, and the Center d’Art Contemporain in Geneva.

Arturo Herrera has exhibited at the Sikkema Jenkins & Co Gallery in New York and currently lives and works in Berlin, Germany.

For his collages, he uses found images from cartoons, coloring pages, and fairy tales, combining fragments of Disney characters with violent and sexual imagery to create work that borders between figuration and abstraction and undermines the innocence of cartoon referents with darker psychology.

In his felt work, he carves shapes from a piece of felt and pins the felt to the wall so that it hangs in an intricate shape, reminiscent of the drops and splashes in a Jackson Pollock painting. Murals by Arturo Herrera also combine recognizable imagery with abstraction on an environmental scale that the artist compares to the qualities of dance and music.

The artist has had lots of significant solo exhibitions all over the world: in Geneva, New York, Los Angeles, and  Long Island City. Arturo Herrera`s collage appeared in the Whitney Biennial (2002).

Arturo Herrera is known for his intricate and evocative abstract compositions. His frantic, intertwining forms, echo both Jackson Pollock’s sinuous weaves and Pablo Picasso’s analytical cubism. Herrera works in mixed media, painting (on various supports), sculpture, and collages – he explains his interest in the latter by the fact that they are a democratic environment requiring only scissors, paper, and glue, as well as a small studio space. Later, Herrera turned to paint directly on the walls of the gallery, creating large-scale compositions of wandering biomorphic images.

He also works with felt, cutting the soft material into shapes that resemble those in his paintings and inserting them into wall reliefs, blurring the traditional boundaries between two- and three-dimensional works of art. 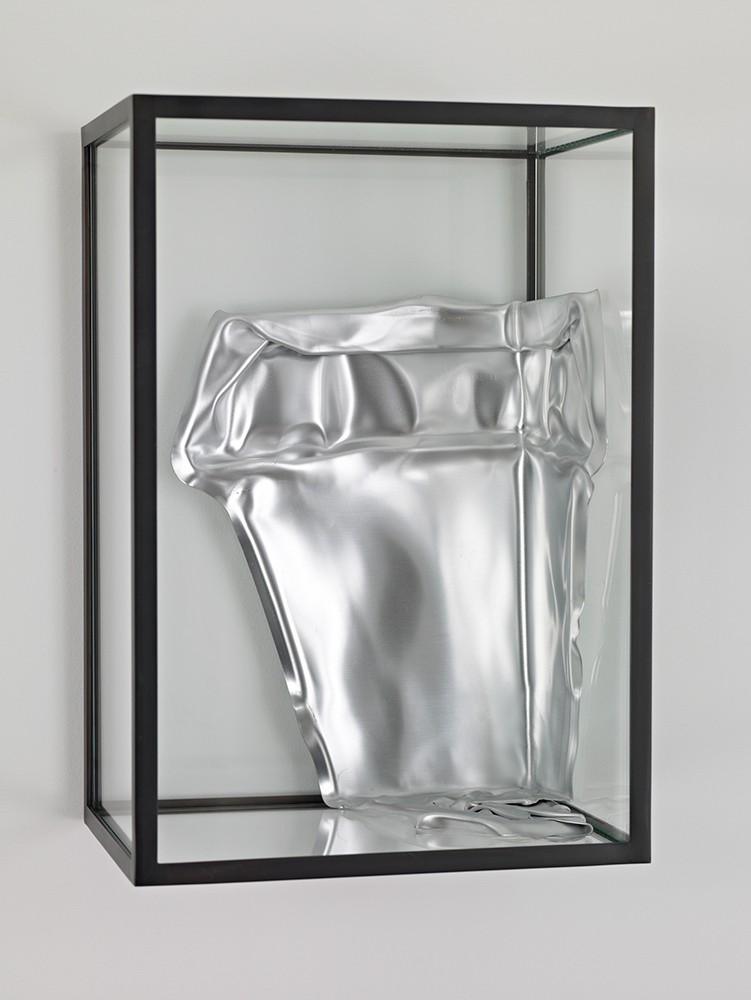 Using fragments of images borrowed from popular culture, Arturo Herrera creates collages, felt sculptures, and murals that sit on the changing border between clarity and abstraction. He has a particular preference for screen printing. He compares it to drawing for its spontaneity and openness to variations between prints. The artist often reworks discarded material such as books or comics. Arturo Herrera prides itself on giving artifacts a new and different life in which they can continue.

The Venezuelan artist from Berlin Arturo Herrera breathes life into the familiar techniques of modernist collage, exploring the contradictions between precision and spontaneity, placement, and movement. As chameleonic as he is consistent, he also overcomes similar contradictions in many other mediums, from wall painting to screen printing, stainless steel relief, and glass sculpture.

In fifteen collages, entitled Dance Set Sketches / Elements 1-15 (2019), Herrera created more chaotic compositions by overlaying painted canvas layers, stencils, photographs of dancers, and stripes of felt on the pink drawing. Rather than presenting practical sets, these studies reveal the potential (and lyrical) intersection of dancing bodies with sets, props, curtains, and other set design elements. And here Arturo Herrera is equally concealing and revealing. A piece of felt is dropped over the photograph of the dancing figure, leaving only her feet exposed.

If the photographs provide an idea of ​​some larger narrative, their partial obscurity reveals the notorious dance of forms – the play of forms taken out of context and deprived of its context – which is the real subject of the work.

Some of the formal accords of the pieces – like a hand rhyming with a wayward felt pattern – would benefit from more respite. The works were hung with a dense net, which somewhat hid the cadences inside and between the compositions.

Both visually striking and conceptually seductive, nine works combining glass panels and wall art have been exhibited in the final gallery with enough space around them to match the athleticism that their name hints at Position of the body and legs in relation to the dance line # 1-9 “. Based on the dancer’s imaginary trajectory through the stage, one abstract shape was drawn on three walls at equal intervals and the same height.

Before each drawing, a separate glass plate was hung, topped with a black glass of various configurations, which partially filled the outline on the wall, causing gestures and pauses that emphasize the dancer’s movements.

The schematic nature of the works is reminiscent of graphs or maps, and their conceptual and structuralist dimensions conjure up installations by Barry Le Wa, Saul Levitt, and other artists concerned with the potential intellectual depth of flatness.

In other words, dance motifs become abstract and schematized, which inevitably resembles Duchamp’s glasswork. However, Arturo Herrera’s smooth panels have sensual materiality: black areas have a fluid, combined quality – as if the result of pouring molten glass onto the surface and letting it cool down – they, in turn, looked painterly and sculpted, flat and slightly convex.

In short, the dance sets the artist’s last episode not so much as an end in itself, but as a starting point for formal and conceptual experiments, when the work transitions between bodily sensibility and cerebrally pure form.

Seven collages “I Heard Them and I Can Still Hear Them / Items 1-7” (2018) present the materials as nested rectangles. Found black and white photographs of anonymous people engaged in various daily activities float on top of reproductions from the French catalog of Picasso’s works and pieces of colored paper, layered compositions pasted on plywood supports, painted in various abstraction modes. 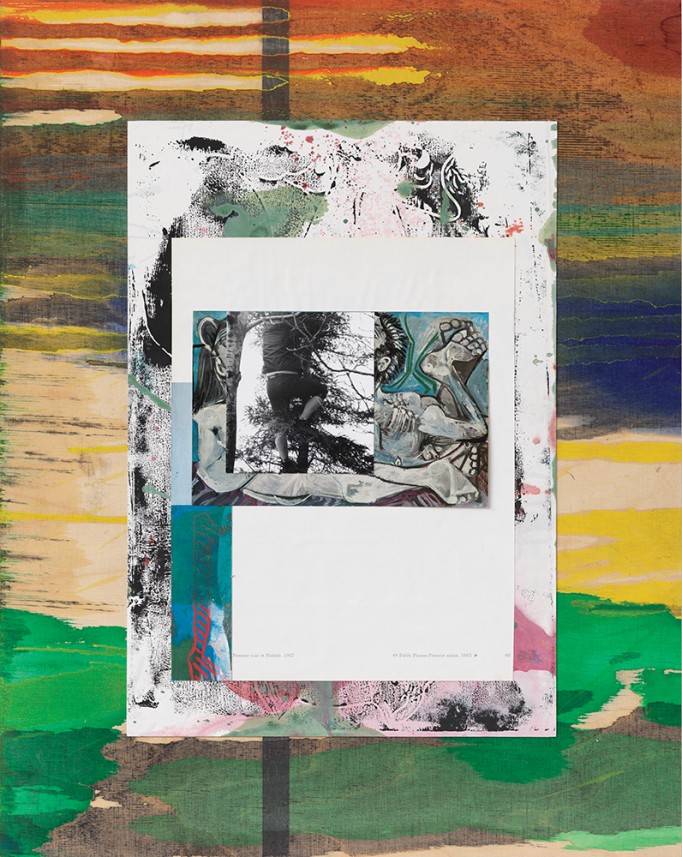 The most noticeable feature of the works is a large number of right angles, the quality in many cases is improved by cutting the Picasso plates by the artist. In one collage, Arturo Herrera highlighted the empty space around a Picasso reproduction, using that empty space to highlight the rectangular piece of abstraction on the left.

In the same work, the undulating reflection of an anonymous person walking into the water in the photograph subtly rhymes with the black and white Picasso reproduction to which the image is attached. The Spaniard’s legacy fills these works not only with imagery but also with a fear of his influence as a prominent avant-garde artist and co-author of modernist Arturo Herrera`s collage.