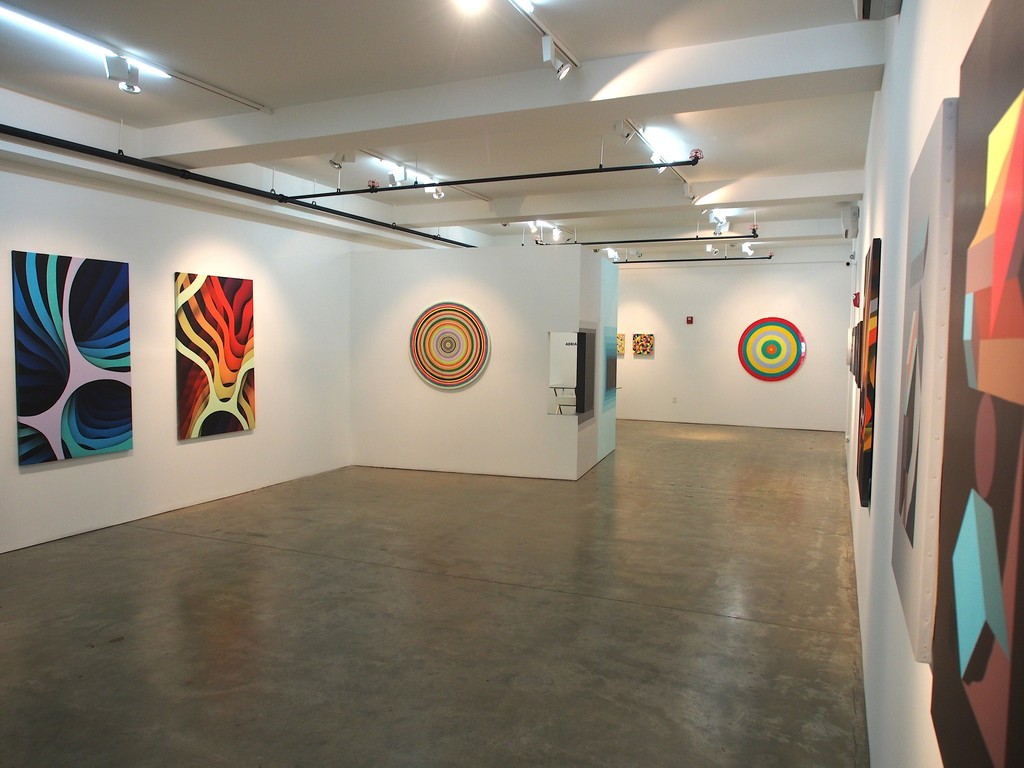 One of the highlights of the show are the latest works on canvas by 1010. The artist has just started to paint in Paris what is going to be the biggest work of urban art ever executed: a 2 miles long road in the city center of the French capital. In particular the artworks in this exhibition matches the style of this big commission and are slightly different from his traditional design. 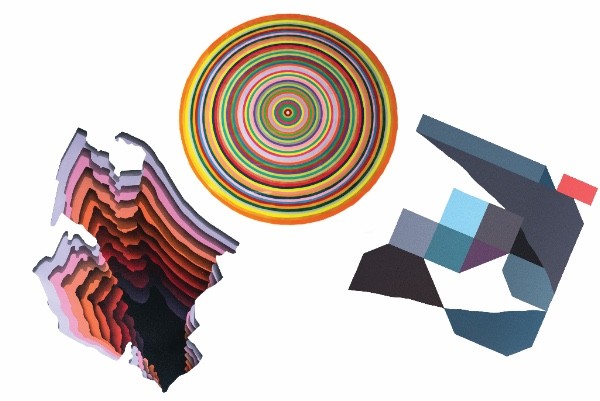 “CHIMERA” investigates the visual destabilization through the artistic output of three artists and their mastery of the line and the exploration of pure colors and shapes to create mixed media artworks of intense vibrancy and life. The exhibition’s title refers to a visual illusive approach and also reflects and criticizes aspects of contemporary fictitious society. This avant-gardist show, mixing polished Perspex, pure pigments, mirrored glaze, thick epoxy, wood panels, canvases and paper cuts will reveal twenty new artworks devoted to deceptive optical effects, bright and joyful colors that mislead our perception just as our interpretation of facts is tricked daily.

It is noteworthy how the floating imaginative shapes of Nelio’s subtle composition and bold infinite holes-like 1010’s artworks, which are visible in galleries, museums and in the urban landscapes all around the world will be exhibited in New York City, contemporary art capital and street art mecca,’ for the first time, welcomed by the well known and prominent City’s figure of Ron Agam.

GR Gallery is also showing a small selection of young Israeli artist Adriana Abel’s latest artworks, focused on the triangular shape. In the next few years, she spent her time in the studio, working on the series comprised of geometric abstraction, a solar collection, and photo collages. Themes include the range of human emotion and the many gray areas of our psyche as well as challenging the image of the perfect female as expressed in American culture. Now few words by the artist to describe her new works: “Triangles can be traced back to many meanings in the history: Mind, body, spirit; Emotion, Feeling, and Thought; Love, Truth, and Wisdom; Maiden, Mother, and Crone; Creation, Destruction, and Preservation; Intellect, Love, and Power”.

1010, (Ten Ten) born in Poland in 1979, he began his artistic career creating contemporary abstract birds and snakes, with some taking on tie-dye and painterly textures with an almost computer generated smoothness. For the past few years 1010 has been mostly focused on an abstract concept of making “holes on the walls”. 1010, is widely recognized for his amazing works that trick the mind to appear like holes and three dimensional shapes. Every piece from his series of op-art murals seem like colorful portals inhabiting the urban and landscape.Layer by layer, 1010 reaches the lightest shades of color, placing them on the periphery of his piece. 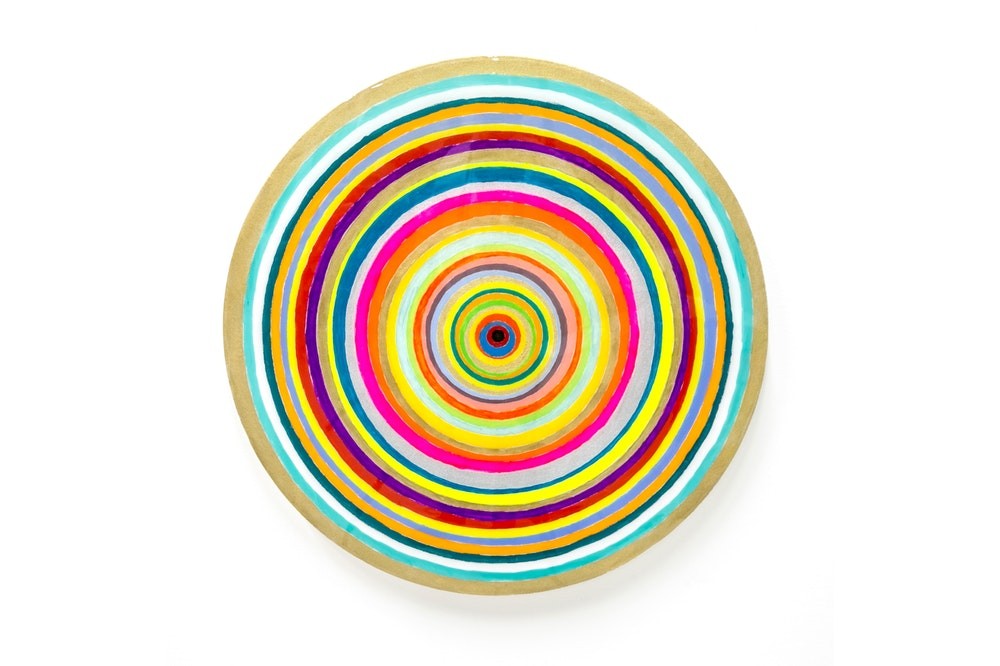 Ron Agam, born in 1958, and raised between Paris and Rehovot, Israel, painter Ron Agam only took up the paintbrush later in life, following a long and successful career as a fine art photographer. Yet, the robustness and sheer prolificacy of his output since belies the charge that this newfound passion is anything but a calling. Since embracing his new medium a few short years ago, Agam’s creative energy has burst forth through a dizzying array of techniques and a brilliant spectrum of forms, in an ever-expanding constellation of individual works. From lenticular, optical experiments to distilled, saturated color-fields, Agam’s work has, canvas by canvas, explored the process of seeing, all the while keeping an eye on the prize of metaphysical meaning.

Nelio, born in France in 1982. Self-taught and vagabond, he has built himself through his many travels that have made him a multidisciplinary visual artist, in perpetual search for learning and experimentation. The style of his debut mainly influenced by his practice of graffiti and graphic design, has slowly evolved into an abstract universe, fruit of the dialogue he develops with the architecture and the surrounding of places that host his creations. He imagines and freezes fragments of a world in perpetual change, creating a feeling of in-between, of unstable equilibrium, where geometric shapes and unstructured lines contrast in interlocking spaces that play with movement and perception.

Connie Mahan: An Enthusiast, and Not Only for All Things British