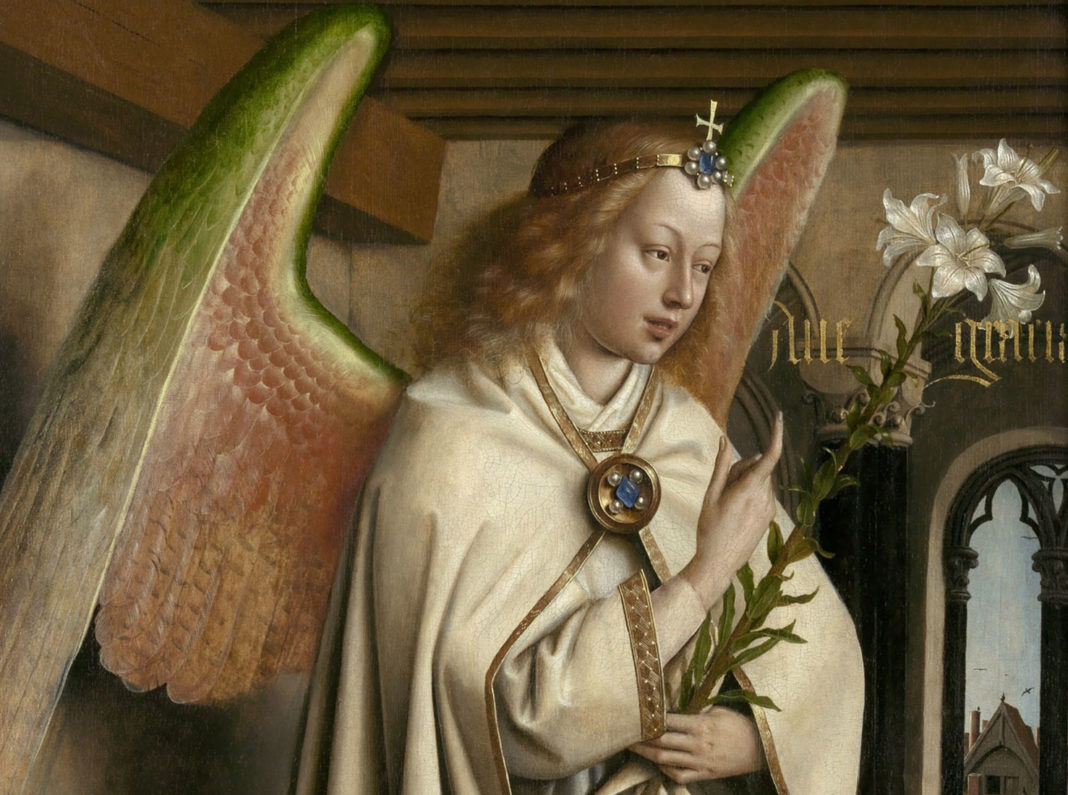 The art world is passionate about composing expensive and impressive retrospectives. Exhibitions in 2020 – the celebration of the 500th anniversary of Raphael’s death or the restoration of the Ghent Altar of Jan van Eyck – are now celebrated on a planetary scale. Gathering and displaying key masterpieces in one place is becoming a matter of principle for major museums and institutions, and it is this way of exhibiting that attracts the largest number of visitors and turns the city where the exhibition is being held into an art pilgrimage site. For next year, it remains the most relevant museum strategy.

In 2020, the Museum of Fine Arts in Ghent is organizing the largest exhibition of Jan van Eyck ever held in a museum. In order to understand the scale of what is happening, we must remember that there are now only about 20 famous masterpieces of this Flemish master in world museums – half of them will be collected in one place. The surviving originals will be exhibited along with works by the Van Eyck School and copies of paintings that have disappeared. The exhibition will include several recently restored works, including the outer folds of the Ghent Altarpiece (1432) and Portrait of Baudouin de Lannoy  (circa 1438-1440), the restoration of which was completed by the Berlin Picture Gallery. Van Eyck’s work will also be accompanied by a display of over one hundred masterpieces of the late Middle Ages. To create this unique exhibition 2020, 13 museum halls are being prepared.

Artists Christ and Jeanne-Claude (his late wife) became famous since the 1960s for their crazy installations, which consisted in “wrapping” the iconic buildings for world capitals. The New Bridge in Paris, the Reichstag in Berlin, the gates of Central Park in New York, etc. were all “wrapped”. Now Christ has conceived to realize his long dream of wrapping the Arc de Triomphe in Paris. The Pompidou Centre has volunteered to help. The museum has also prepared the first program exhibition in France. It will include previously not exhibited “Craters” (1959-1961), created under the influence of Jean Dubuffet. The arch will be decorated from 19 September to 4 October: silver-blue material and red ropes 7,000 m long are being prepared for this ‘show’. The draping of the architectural monument will be a meaningful extension of Christo’s retrospective.

The National Gallery of London is preparing to present the most impressive exhibition of 2020 and recent years: Raphael’s key works. It celebrates the 500th anniversary of the death of the Italian genius and will showcase over 90 exhibits revealing all aspects of his incredible career. It promises to show not only paintings, numerous sketches and drawings, but also Raphael’s lesser known works in architecture, archaeology and poetry. The exhibition will feature exhibits from the Louvre, the Uffizi Gallery and the Prado Museum.

Tate Modern Gallery‘s program includes a grand exhibition in 2020 of Andy Warhol, the founder of American pop art, which will showcase his rare works from the 1970s, which curators describe as “showing the artist’s skill”. Along with Marilyn Monroe’s iconic pop images and soup cans, there will be floating installations and a psychedelic multimedia project “Exploding Plastic Inevitable”. The show will last six months and will mark the evolution of the famous artist from “shy outsider to superstar of pop art”. 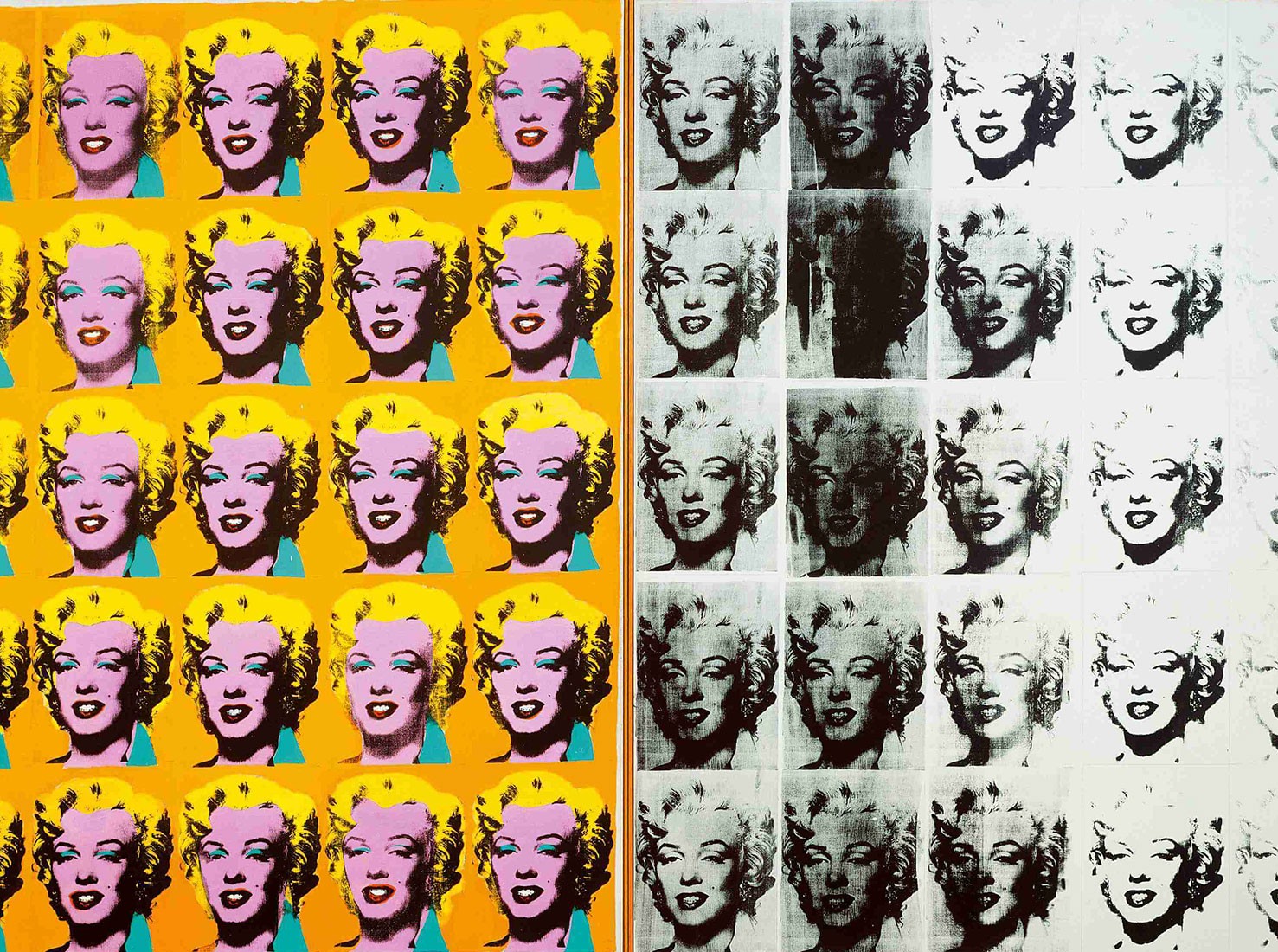 The first major exhibition of works by Artemisia will be held at the National Gallery of Great Britain. Artemisia Gentileschi, one of the exceptional women artists, had a long and successful artistic career. Artemisia was educated in the Roman studio of her father, Orazio Gentileschi, but her professional career took off in Florence. She spent the last 25 years of her life in Naples, where she founded her own studio. For more than 40 years of work, Artemisia was awarded the first woman to become a member of the Accademia delle Arti del Disegno (Florence Academy of Artists). The exhibition will collect about 35 works from public and private collections around the world. The exhibition features some of her most famous paintings and self-portraits, as well as recently discovered paintings, giving visitors a unique chance to learn more about the artist’s work. 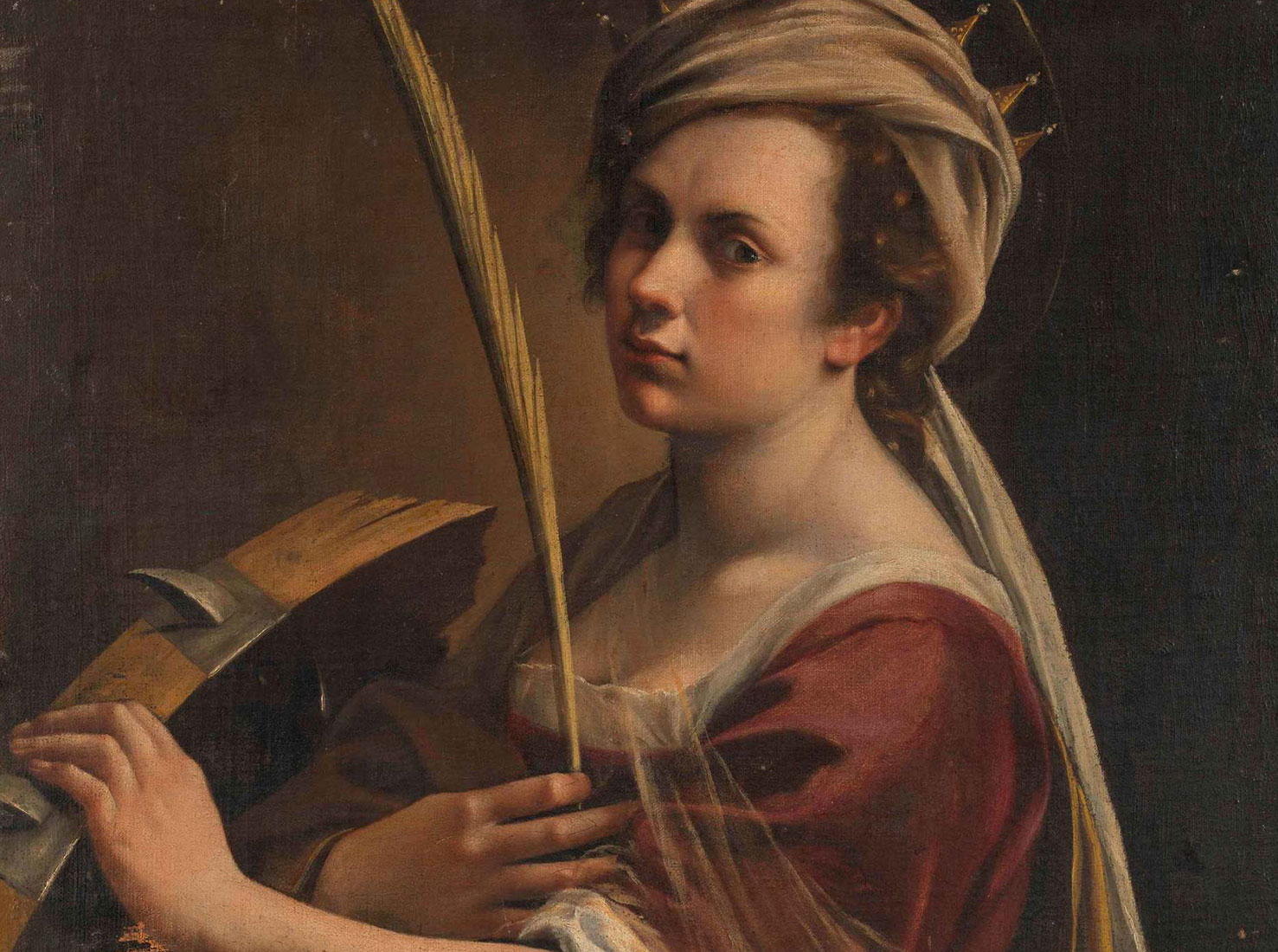 In 2020, for the first time in two decades, Gerhard Richter’s great retrospectives will be held in museums in the United States. The exhibition will be called “Painting After All”. It will cover works created at a time when the artist was experimenting with pictorial naturalism and photographic abstraction. The exhibition will feature more than one hundred works, including his recent and significant series Birkenau (2014) and Cage (2006), both of which will be exhibited in the United States for the first time. The exhibition will also include Richter’s early lithographs and other works not previously exhibited in museums. Before the exhibition at the Museum of Contemporary Art, Los Angeles, the same retrospective will be held in New York at the Metropolitan Breuer Museum (March 4 – July 5).

Probably the most famous performance artist of the planet, Marina Abramovic, will present her huge exhibition in the Royal Academy of London in 2020. It will be an exemplary show dedicated to her iconic career. The exhibition will feature over 50 works, including several new and most notorious as Imponderabilia performance. The idea is simple: two nude performers, a man and a woman, stand on either side of the doorway. To pass, visitors must squeeze in a narrow space face to face with a man or a woman. The 72-year-old Abramovic herself will not take part in this performance, young performers will be invited to do so. However, the artist will hold many other events during the exhibition.

2019 was also marked by incredible exhibitions. From Edward Munch’s exhibition to Leonardo da Vinci’s largest retrospective in Paris, the past year has also been rich in high-profile events in world museums.

“Alle Rembrandts”, Rijksmuseum, Amsterdam. The year 2019 marked the 350th anniversary of the death of Rembrandt van Rijn, and the Dutch Rijksmuseum, which owns the world’s largest collection of his works, celebrated a great date with great scope. One of the highlights of the year was the exhibition “All Rembrandts”: the museum first presented the collection of 22 paintings, 60 drawings and more than 300 etchings of the artist. The main exhibit, of course, was ” The Night Watch”. In July, after the end of the exhibition, the restoration of the famous painting, which the museum also decided to turn into a show, began: the work was carried out directly in the exhibition hall (inside a specially built glass room), so everyone could watch the process, which is usually hidden from the public eye.

58th International Art Exhibition, Venice Biennale 2019. In 2019, the world’s leading figures and connoisseurs of contemporary art met in Venice: from May 11 (and until November 24) this Italian city hosted the famous Biennale. The theme of the meeting this time was announced provocative, the new curator Ralph Rugoff invited everyone to “May you live in the interesting times”, using as an inspiration a phrase traditionally considered the ancient Chinese curse. 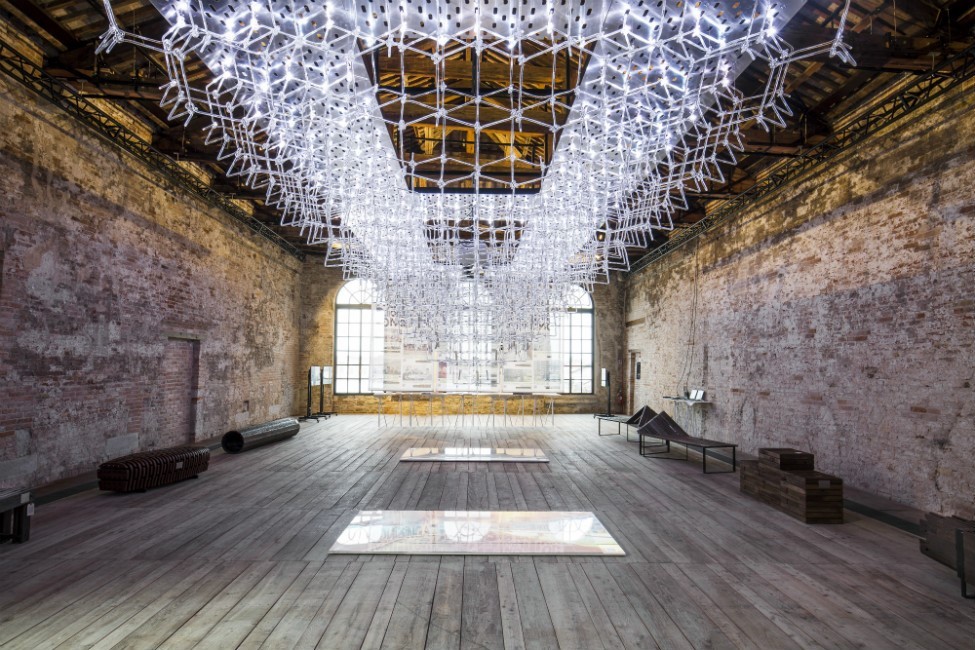 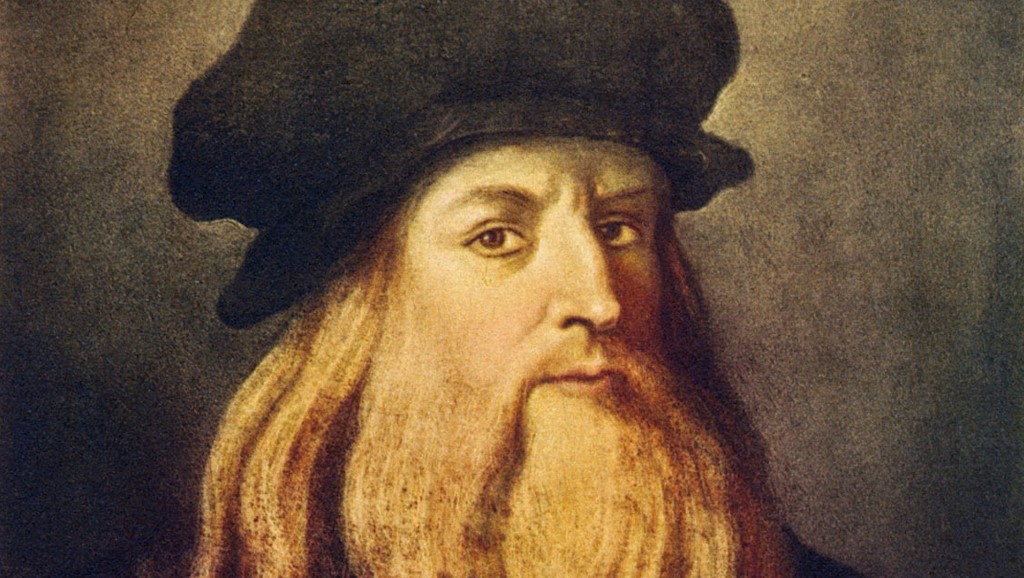 At the same time, the Paris Grand Palais hosted retrospective exhibitions of El Greco and Toulouse-Lautrec, while the Orsay Museum displayed an exhibition of Edgar Degas. The Pompidou Centre  presented a retrospective of Francis Bacon, one of the key 20th century artists, in the autumn.