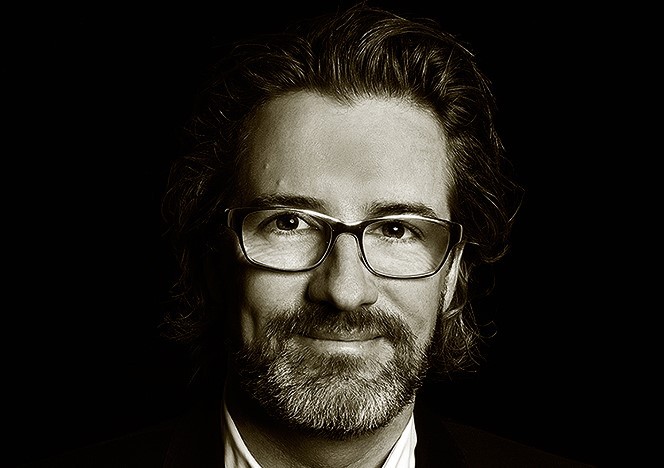 Olafur Eliasson is an artist whose name is well known to millions of enthusiastic viewers. He is a master of large-scale installations, amazing attractions, and spectacles that cannot be forgotten.

His works are based on a plan that can be expressed in three words – In Real Life. This is the essence that he began to think through, and then create back in the 90s. This is not so much a series of works, but several cycles of them. They show both the evolution of the attitude of the author and the evolution of the attitude of those who come to the Guggenheim Museum in Bilbao.

His art is a reality that you can touch, see, and sometimes even smell. Eliasson insists that understanding of the author is being born from the interaction between a work of art and a viewer.

Olafur Eliasson is a man with a European biography. He was born in 1967 in Copenhagen, spent his childhood in Iceland in the homeland of his parents. In 1995 he graduated from the Royal Academy of Fine Arts of Denmark, and in the same year, he opened Studio Olafur Eliasson in Berlin.

In 1993, he created one of his first works, Le Travail de Beauty, which was a garden hose punched in several places from which water flowed. The object was lit in such a way that from certain points, the viewer could see a rainbow. Eliasson’s characteristic style was expressed in this early work. He chose the path at the junction of nature and technology, design, and science.

In 2003, in the Tate Modern Turbine Hall, Eliasson presented The Weather Project installation.

In 2007, he designed the temporary pavilion Serpentine Galleries in London, and in 2015 created the unusual Cirkelbroen Bridge in Copenhagen.

In 2014, for the Fondation Louis Vuitton in the cult building, built by Frank Gehry, he arranged Grotto space. The projects of Olafur Eliasson are always spectacular and ambitious.

He is interested in both space and surface, structure and deformation, light and nuances of lighting, natural and climatic phenomena – fog, water, air, ice, as well as color and our perception of it. In 2007, he designed the temporary pavilion Serpentine Galleries in London, and in 2015 created the unusual Cirkelbroen Bridge in Copenhagen.

Olafur Eliasson’s exposition at the Guggenheim Museum in Bilbao has become the author’s largest retrospective over the past decade. It will work until the end of April next year.

Nearly Frozen ‘Slurpee’ Waves Surge off the Coast of Nantucket