From May 5-9, 2021, Cube Art Fair, the World’s Largest Public Art Fair, features 100 artworks created during the lockdown on 100+ billboards around New York city, in hopes to inspire its 10 million citizens to remain positive and its artists to stay creative during uncertain times.

On the horizon of Cube Art Fair’s 5th edition in New York, the world stopped, making it difficult for the fair to host its annual in-person event. Instead of giving up, the team behind the show found a new way to keep art, hope and inspiration alive.

Following the success of its #staycreative campaigns in Brussels and Miami, Cube Art Fair announces the launch of its next iteration in New York City from May 5 to 9, 2021.  In the middle of a pandemic, Cube Art Fair has found an innovative way to showcase artworks from established and emerging artists from around the world in a way that is safe and accessible to the public. In an unprecedented scale, the pieces will be shared on over 100 kiosks, newsstands, bus stops and billboards all around the city including a giant 12,000 sq/ft billboard located in the heart of Times Square. 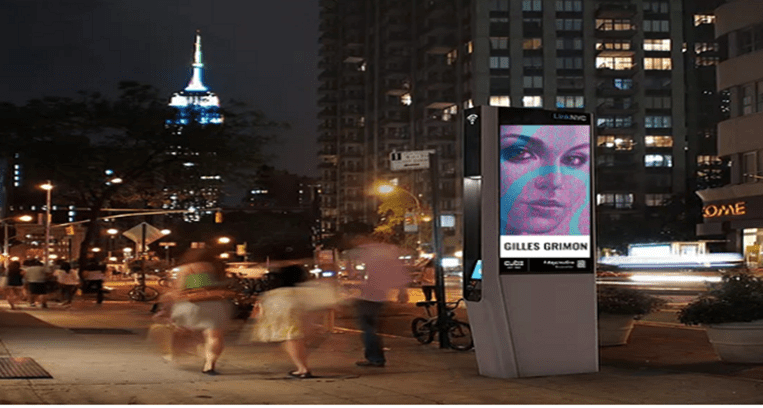 By launching the World’s largest Public Art Fair to millions of visitors, Cube Art Fair hopes to inspire the public to remain positive and artists to stay creative during uncertain times. 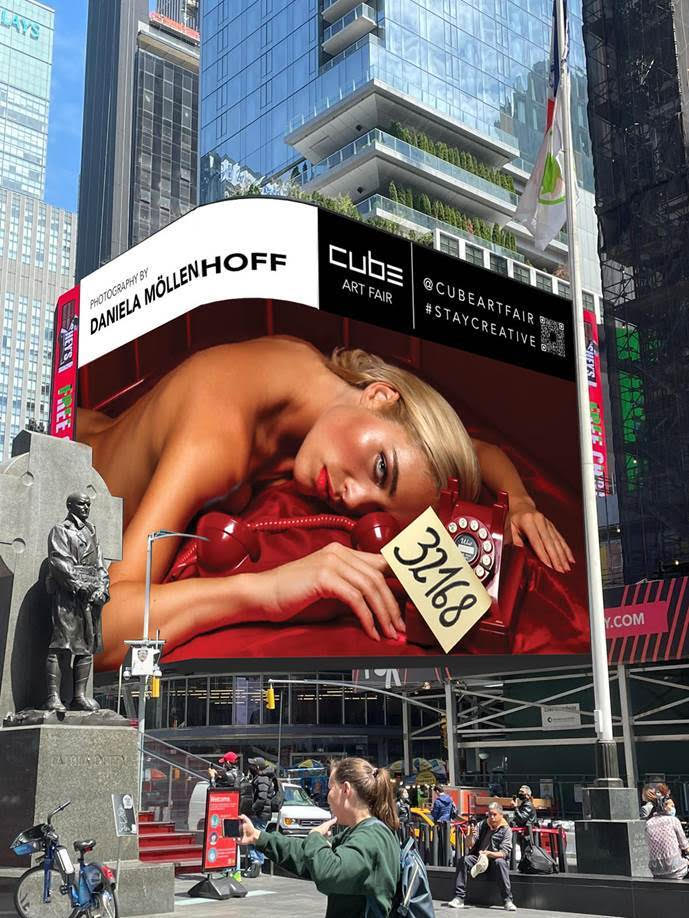 Mockup of the #staycreative campaign in a 12,000 sq/ft billboard in Times Square

Previous edition in Brussels and Miami

The #staycreative campaign was created by Cube Art Fair as an innovative solution to the cancelation of their in-person show and for artists to still feature their artworks to the public despite the pandemic. While many other art events replaced a physical event with online viewing rooms, Cube Art Fair decided to support the artist community in a different way—through exposure and visual impact, explain Gregoire Vogelsang, owner of the eponymous Vogelsang Gallery and founder of Cube Art Fair.

“We came up with the idea of taking art and displaying it to everyone with the hope to inspire people not only to stay safe but also to #staycreative.  And that is why our campaign’s hashtag is #staycreative. I am thrilled to see that our artists can remain creative and can inspire others to do the same,” added Vogelsang.

The inaugural exhibit was launched last October in the European capital on over 50 billboards. The fair then brings the campaign to the streets of Miami last December in order to fill the void of Art Basel week. They brought 100 pieces of artworks created during the lockdown on 50 billboards, kiosks, murals and boats for the 5 million citizens living in Miami to see.

The #staycreative campaign, which has widely been covered on television, radio, magazine publications and social media, had an impact beyond Brussels and Miami, reaching and inspiring millions of audiences from Los Angeles to London and Hong Kong.  Artists from around the world reached out to express how the campaign incentivized them to continue creating and to remain hopeful in spite of circumstances. 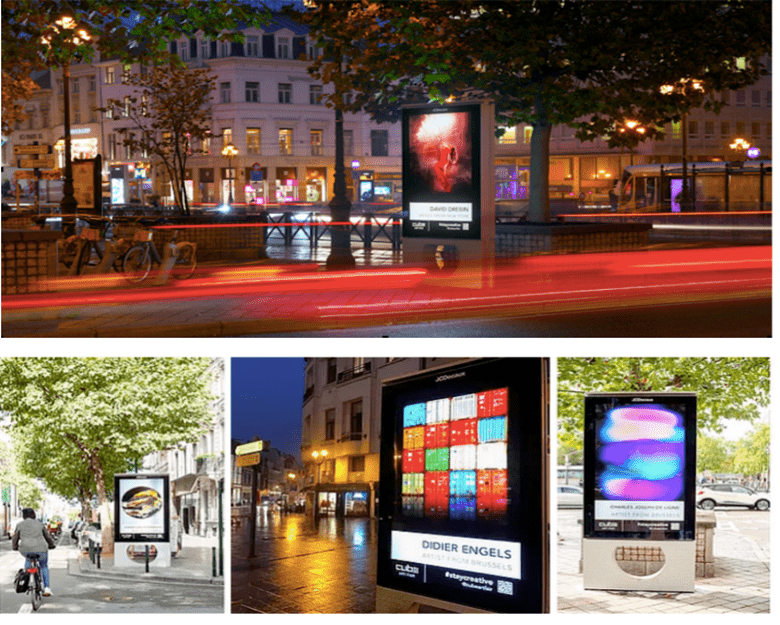 Photographs of Cube Art Fair campaign on the streets of Brussels featured on October 6-12, 2020.

“It is inspiring to have my artwork visible to many of whom wouldn’t normally come across my paintings in a gallery or art fair but will now see it from their cars or walking down the streets,” said San Francisco based artist Lisa Ledson.

When Belgian gallery owner Gregoire Vogelsang started the Cube Art Fair in Brussels back in 2016, he never could have imagined what the world would look like now. After many successful editions in Brussels and New York in the past, the fair had successfully created a network of artists, gallerists and art collectors on both sides of the Atlantic. With his positive can-do approach, he has pivoted the fair and found a new purpose, supporting its artists through visual impact. “Artists have not stopped creating and the public demand to see art has not stopped either. It’s up to us to be imaginative and think outside of the box to connect both together,” concluded Gregoire Vogelsang. 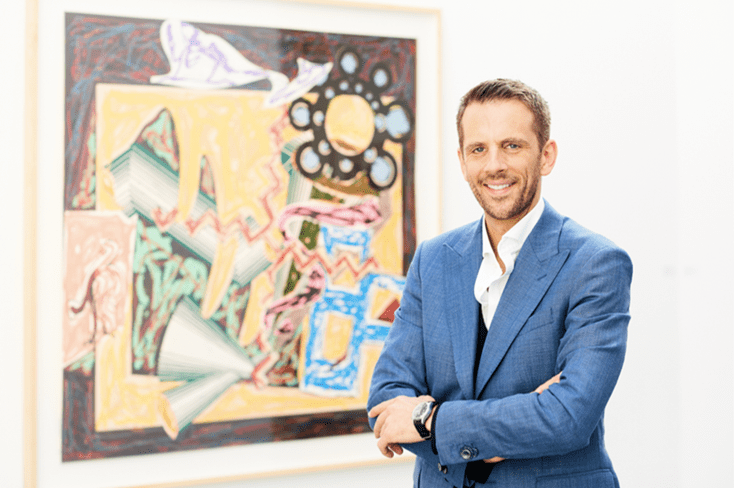 Artists featured on New York billboards include Jonas Leriche (NY), Laura Jane Petelko (Toronto), Kenneth Willardt (NYC), Tigi Van Gil (Brussels), Griet Van Malderen (Brussels), and more. In an unprecedented scale, the pieces will be share on over 100 billboards on kiosks around the city and in the heart of Times Square, launching the World’s largest Public Art Fair and hoping to inspire the public to stay creative during difficult times.

Additional locations of the billboards include but are not limited to – 66th and Columbus Street, 67th and Broadway Street, 57th and 5th Avenue, Madison Ave, Grand and Mott Street, Broadway and 13th Street, Union Square, Herald Square front of the Macy’s, Central Park South and Time Square. 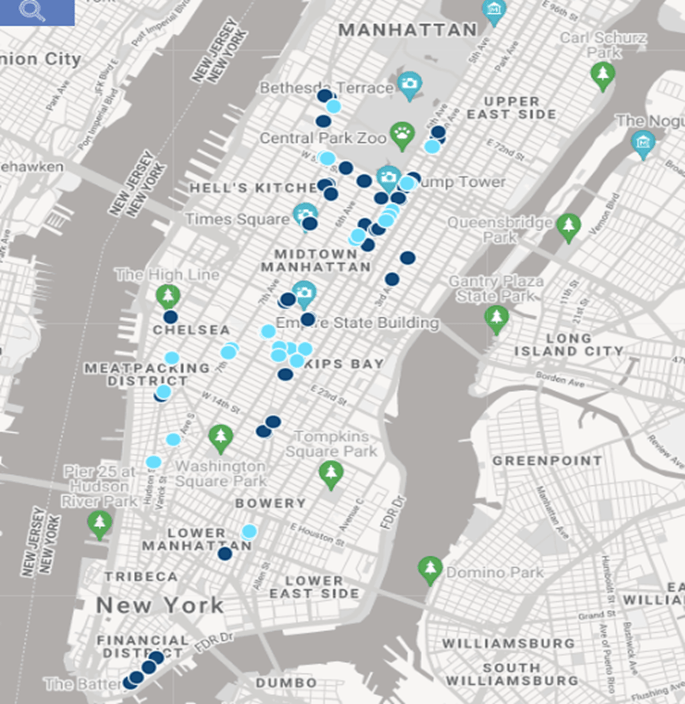 Cube Art Fair is a contemporary art fair with editions in both Brussels and New York.

In its normal operations, the fair promotes the works of American galleries and artists in the European Capital at the Vanderborght Art Center (a 60,000 sq/ft building in the heart of Brussels, Belgium) and in New York at the iconic Zaha Hadid building in Chelsea (one of the latest projects by the famous architect).

The fair give artists the opportunity to build strong relationships with local art collectors through a series of events and intimate dinners taking place every night after public hours at collectors private homes.

Booth at the Cube Art fair in Brussels 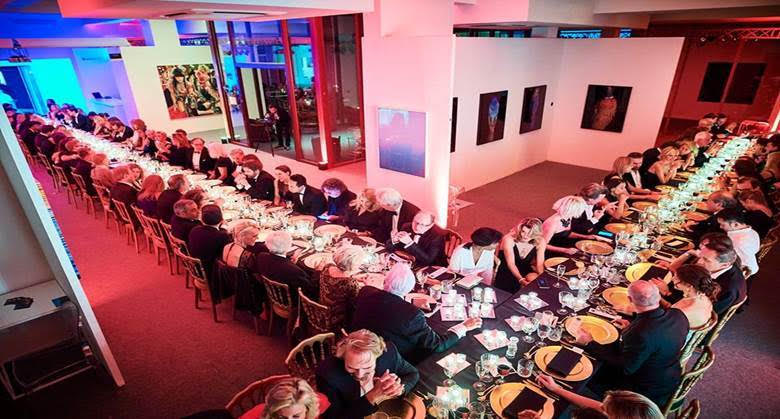 The Art Angle Podcast: Are Climate Activists’ Art Attacks Helping or Hurting Their Cause

The Art Of Desire: Is There A Connection Between Sex And Creativity?