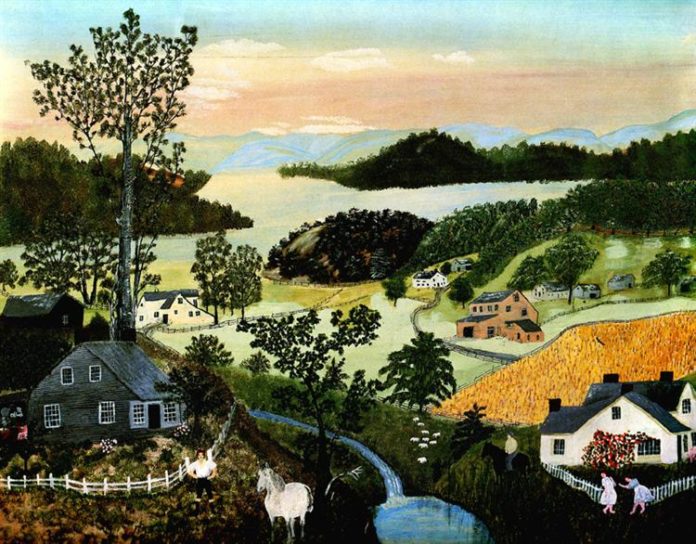 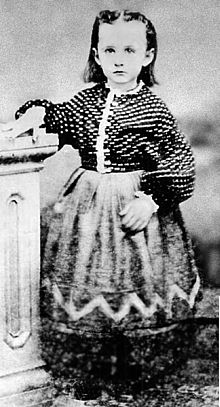 The Bennington Museum and the Shelburne Museum created a thematic “winter” collection of paintings by Grandmother Moses.

Anna Maria Robertson was born on September 7, 1860, in Greenwich, New York. She was the third of ten children. When the girl was 12 years old, she was given to the neighbor’s family of a well-to-do farmer. Cooking, sewing, and housework were Anna’s main duties.

At the age of 27, she married an employee of Thomas Moses. In the courtyard stood 1887 – Reconstruction of the South. For Thomas, the opportunity to become a tenant farm in Virginia.

Times were heavy, the family worked tirelessly. To strengthen the welfare of the family, Mrs. Moses sold her own butter and chips.

For 18 years of hard work, the family managed to accumulate a certain amount, and in 1905 Thomas persuaded his wife to return to the North. I bought my own farm in Eagle Bridge, which was called Mount Nebo. 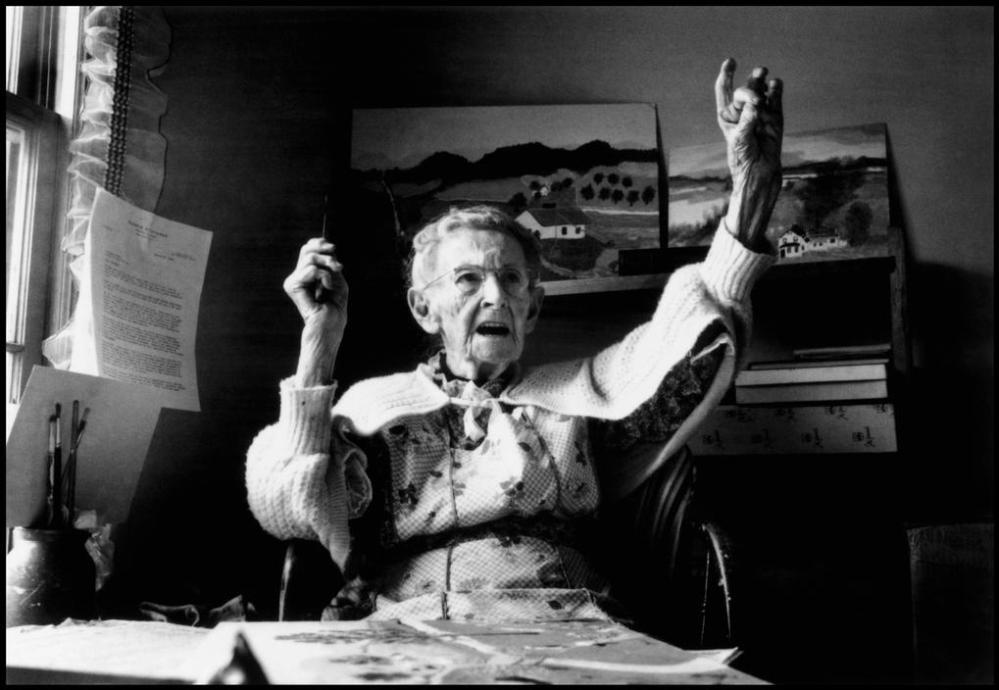 In 1927, Thomas Moses died of a heart attack. Five years later, Grandmother Moses moved to Bennington, a city in the state of Vermont, in order to help his daughter Anna, who is sick with tuberculosis. Mrs. Moses was not accustomed to sitting idle, it was on Anna’s advice she started embroidering, but strong arthritis soon prevented – it was too difficult to manage the needle and thread. And at the age of just over seventy, Grandma Moses takes the historic decision to paint.

After the death of her daughter, Mrs. Moses returns to the farm of Mount Nebo, where she lives with her son Hugh’s family. The beginning artist at that time was 75 years old. Her paintings are exhibited at rural fairs and local charity events, but the prizes are so far awarded only to the famous jams of Grandma Moses. 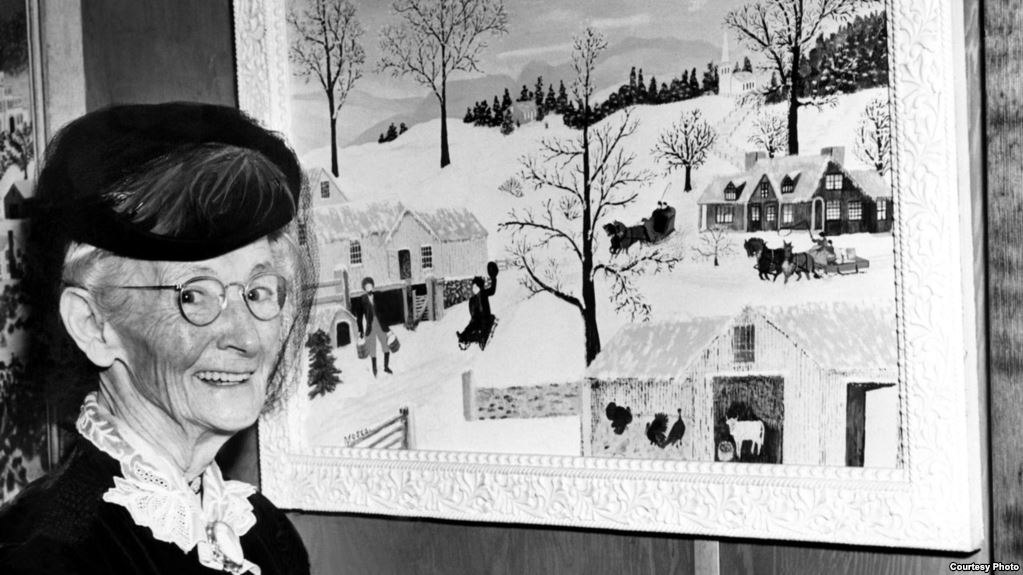 In 1938, a New York collector noticed the drawing of Anna Moses, exhibited in a pharmacy window in the town of Hoosick Falls, where she lived. During the year, drawings by Moses began to appear in the New York gallery of Saint-Etienne and attracted the wide attention of collectors and art lovers. During the 1940s, Moses exhibitions were held in many European countries and in Japan. In 1941, she received the State Prize of the State of New York, in 1949, US President Harry Truman personally handed her the National American Women’s Press Club Award. In 1952 her autobiography was published. In 1960, by the centenary of Grandmother Moses, her photo, made by the famous photo reporter Cornell Capa, was placed on the cover of Life magazine. 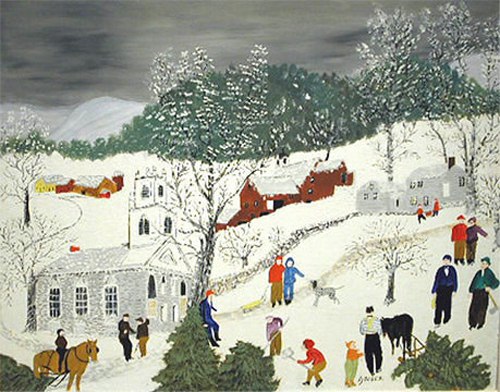 Painting Grandmother Moses depicts rural landscapes and everyday scenes, often they are multifigured and resemble children’s drawings. Grandma Moses preferred winter species, summer wrote less often. One of the summer landscapes of Moses, “The Old Colored House, 1862” (work of 1942), purchased from the author after the creation for $ 10, was sold in 2004 at an auction in Memphis for $ 60,000. 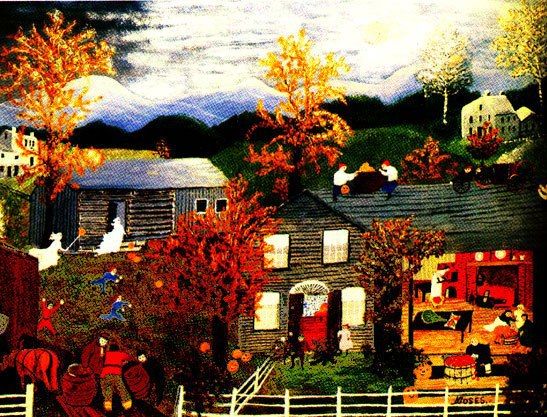 Anna Maria Robertson is mentioned in the novel by Stephen King 11.22.63 telling about a time traveler trying to prevent the assassination of the 35th US president John F. Kennedy.