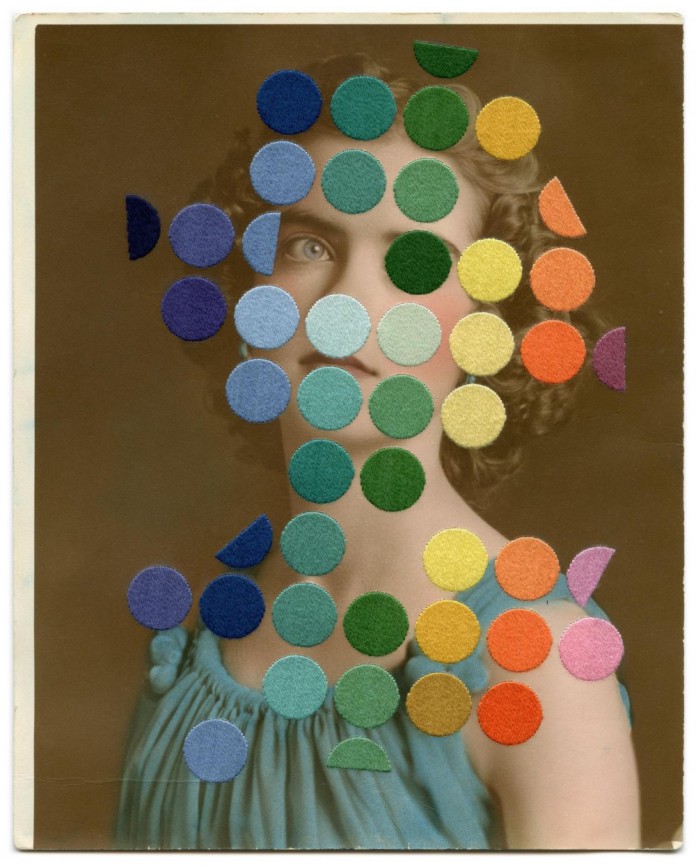 London-based artist Julie Cockburn transforms vintage photographs by embroidering across their surfaces, adding bright pops of thread to portraits that are either black and white or have faded over time. Using found images from eBay and flea markets, Cockburn obscures the faces of strangers, layering the portraits with multi-colored dots, geometric patterns, or ovals in varying gradients.

Cockburn will exhibit work with The Photographers’ Gallery at The Photography Show presented by AIPADMarch 30 through April 2, 2017 on New York City’s Pier 94.