Home Exhibitions “It Is the Story of America”: Yinka Shonibare on Planting a Dazzling... 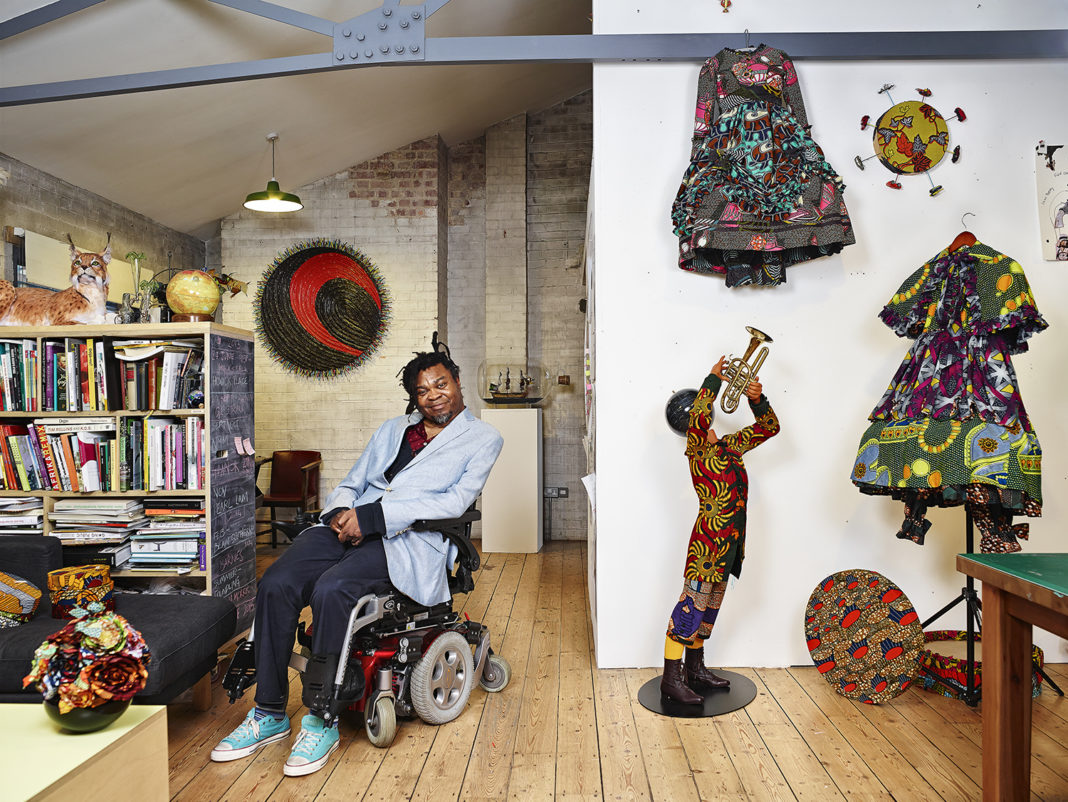 US President Trump could be forgiven for thinking there’s something strangely familiar about Yinka Shonibare’s latest sculpture, which will be unveiled three blocks from Trump Tower on March 7.

Another similar piece by the British artist is already on view in Washington, DC, just a short limo ride from the White House. Wind Sculpture VII has stood outside the Smithsonian’s National Museum of African Art since 2016—before anyone would have imagined that a US president would ever refer to Nigeria, where Shonibare grew up, as a “shithole” country.

Shonibare chuckles at the prospect that his work, which riffs on the experience of trade and migration, would be on two of Trump’s front doorsteps at once. The work in New York, Wind Sculpture (SG) I, is his largest “wind sculpture” to date. On view through the fall, it stands 23 feet tall near the corner of 59th Street and Fifth Avenue at the entrance to Central Park.

The Public Art Fund project, organized by Nicholas Baume, is not the only large-scale public work Shonibare has coming up in the US. He is also creating a library of books wrapped in his signature African textiles. The patterns, which also appear in his sculpture, are based on the wax batik fabrics that were inspired by Indonesian design, mass produced in the Netherlands, and sold to the colonies in West Africa—a symbol of the long history of international exchange and the fiction of cultural authenticity.

Called The American Library, the installation has been commissioned by Front International, the Cleveland’s inaugural contemporary art triennial, and is due to be installed in a public library in the city from July 14 to September 30. The spine of each book includes the name of first- and second-generation Americans written in gold.

“It is really a project about immigration to highlight immigrants’ achievements in different fields,” Shonibare says. “Some of them are artists, scientists, architects and filmmakers. In the context of American First, xenophobia, and nationalism around the world, and Brexit in Britain as well, I wanted to highlight their achievements.” 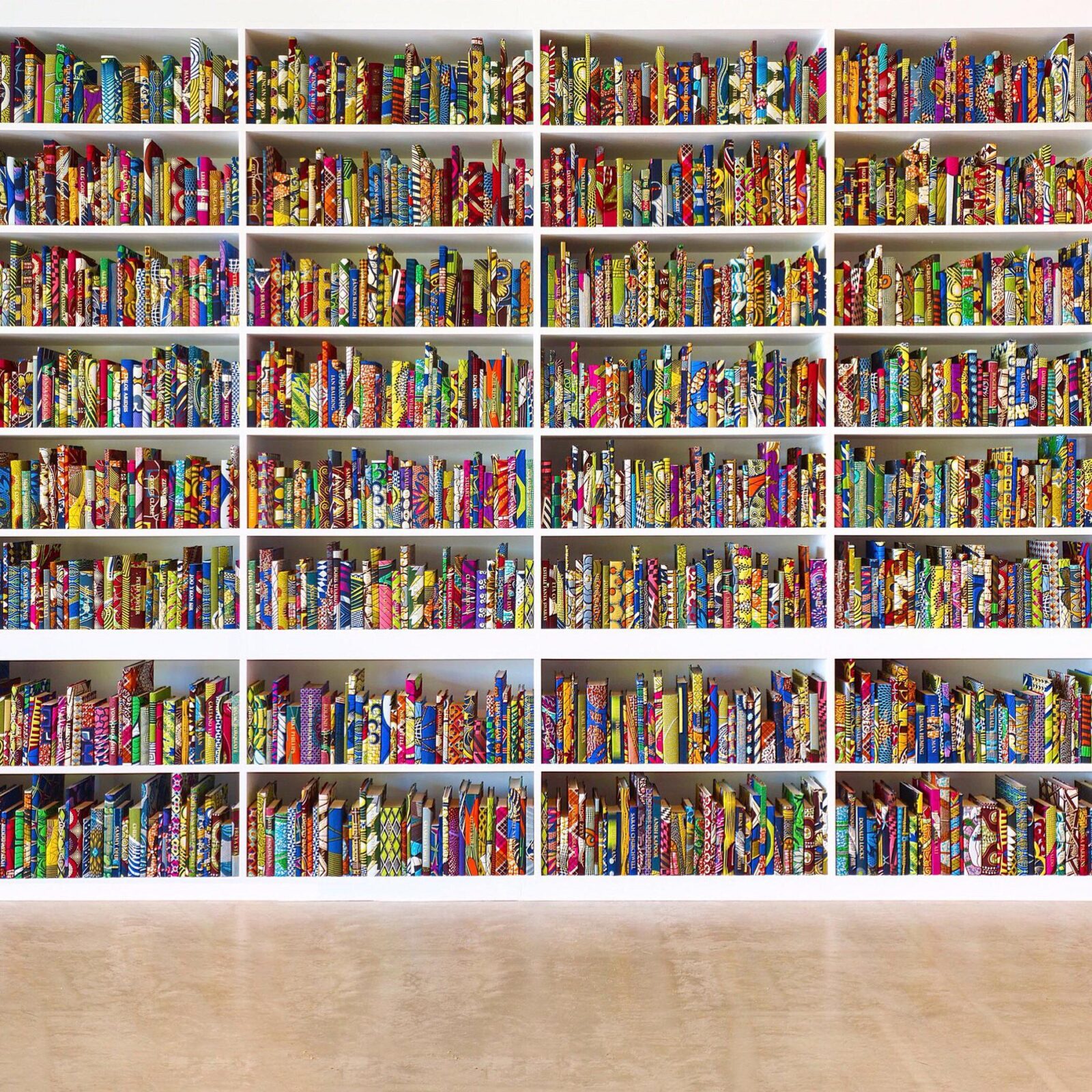 The piece will be a reference library as well as art installation. As in the original, UK-focused iteration launched at the Brighton Festival called The British Library (2014), the book-lined space includes a searchable database.

In Cleveland, however, the experience will be even more immersive. The library will house 6,000 books as well as tablets full of audio-visual material, including newsreel reports that illustrate the reasons why people have immigrated. The artist also hopes organizers will set up a platform for visitors to add their own families’ stories.

“It is the story of America,” Shonibare says. Part of that story, he acknowledges, is the fact that some of the very people whose parents came from elsewhere now seek to stop immigration. That’s why Shonibare is including Trump alongside other first- and second-generation immigrants “who wanted to close the door and deny [people] the opportunities they enjoyed.”

Yinka Shonibare will give a talk about his Public Art Fund work at the New School in New York on March 5. Wind Sculpture (SG) I will be on view at the Doris C. Freedman Plaza in Central Park from March 7–October 14.