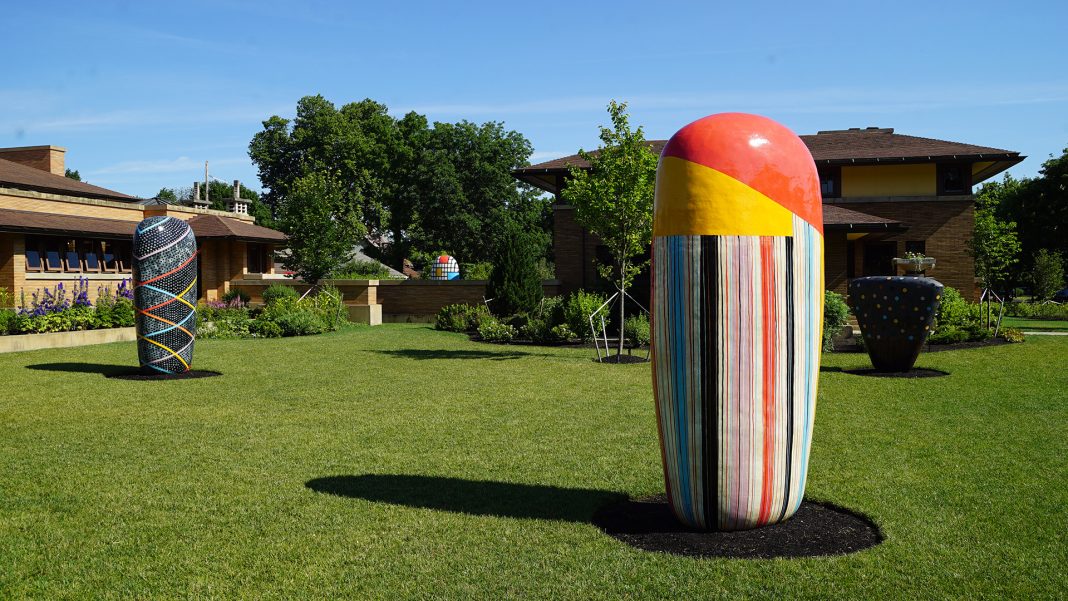 One of Frank Lloyd Wright’s estates, Martin House, is hosting a Japanese sculpture exhibition: this public art initiative has literally breathed new life into the residence. The giant ceramic sculptures by Jun Kaneko – in a landscape that Frank Lloyd Wright created with a constant interest in the unity of nature, architecture and art.

Every Wright construction expresses a deep understanding of how the internal structure of space should interact not only with its appearance but also with its natural surroundings. Guided by this principle, the architect considered Martin House with its numerous buildings, garden house, pergola, and winter garden one of his perfect works. Its reconstruction was completed in 2019, it lasted 25 years and cost several million dollars.

Now recognized as a national historical monument, this house is again open for public tours and events. This summer the first public art exhibition is held – installation of 7 ceramic works by a Japanese artist, as well as a series of small works.

Born in 1942 in Nagoya, Kaneko arrived in America in 1963 and spent several years in California and Nebraska, where he honed his skills and sought monumentality from ceramics. Since 1986, the artist has lived in Omaha and his experimental work ranges from painting to costume design. Kaneko became best known for his “Dango”, rounded bright sculptures created using traditional Japanese techniques of firing cancer and glazing, the effects of which often cannot be predicted in advance.
With walls about 8 cm thick and more than 3 meters high, these dango sculptures can weigh more than 1,360 kg: it took months to erect them so that they did not break under their own weight. The artist has created these structures throughout his 25-year career. 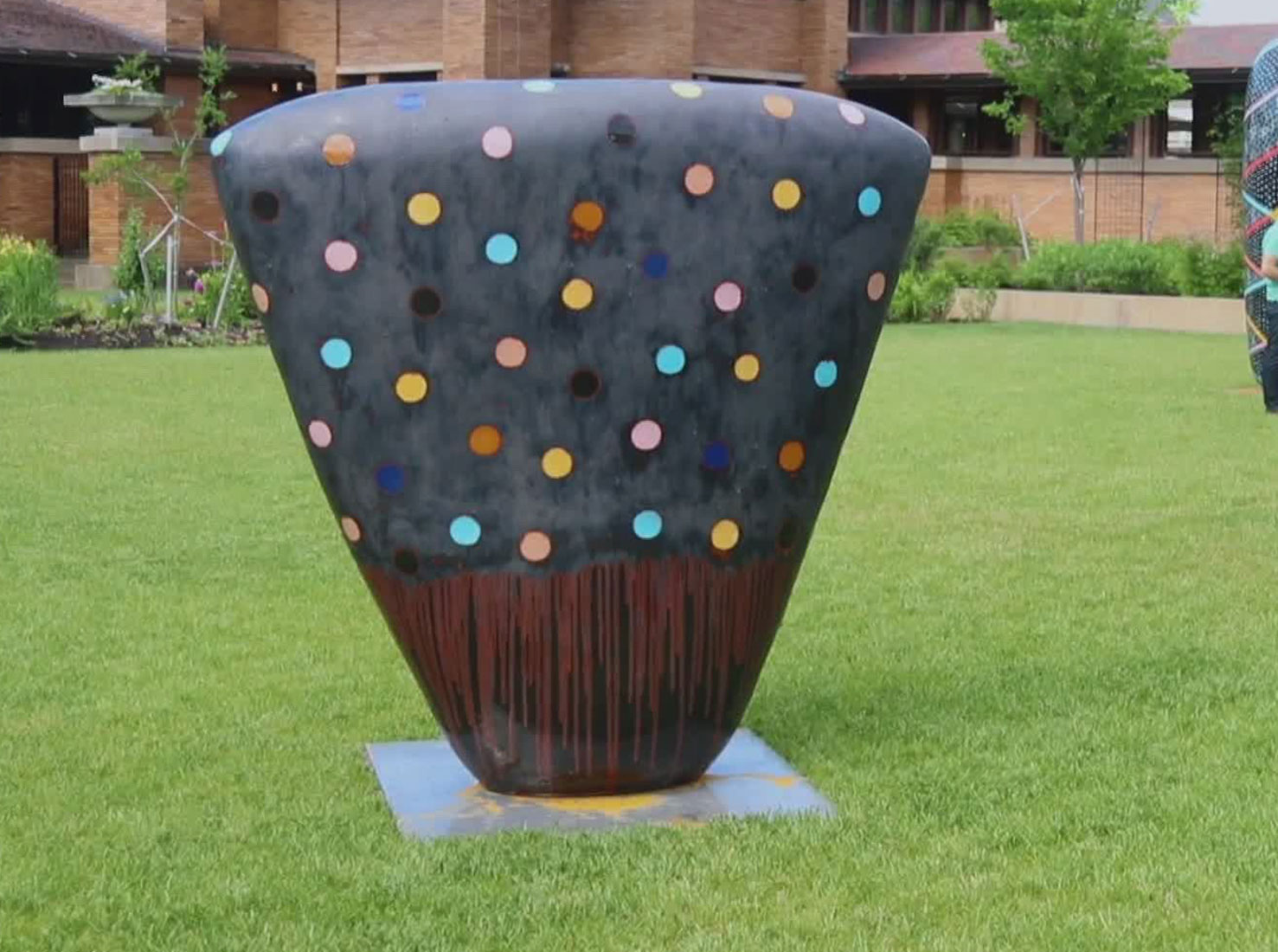 Presented at Martin House, they look impressive against the backdrop of Wright’s outstanding architecture. The variations in colour and pattern range from the traditional Japanese palette of white and ivory with the effect of indigo dyeing to a grid of Mondrian-style rectangles, unusual shades of green peas, mustard yellow and the bright colour of the sea wave.