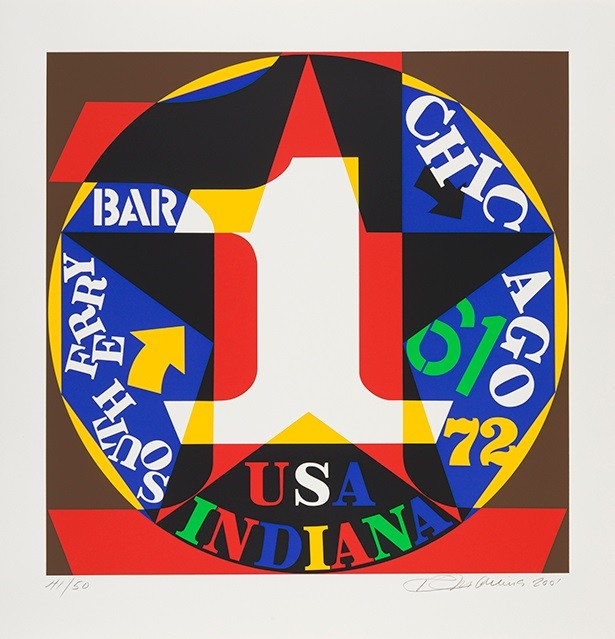 The Kasmin Gallery in New York displayed the exhibition “Robert Indiana’s Decade: Autoportrait”. The exhibition combines a mysterious series of symbolic “self-portraits” of the artist, which are a retrospective of his life in 1960, against the background of serious political and ideological turmoil.

In the same decade, in the works of Indiana entrenched themes that will become for him the most important in life. The artist realized that works of art could become central to political dialogue.

His “Autoportrait” are sets of signs, letters, and numbers that refer to events in the artist’s life. Self-portraits refer to Indiana’s childhood and his relationship with the artist Ellsworth Kelly. They also “mention” famous people such as John Kennedy, Martin Luther King, Alfred Barr, and many others.