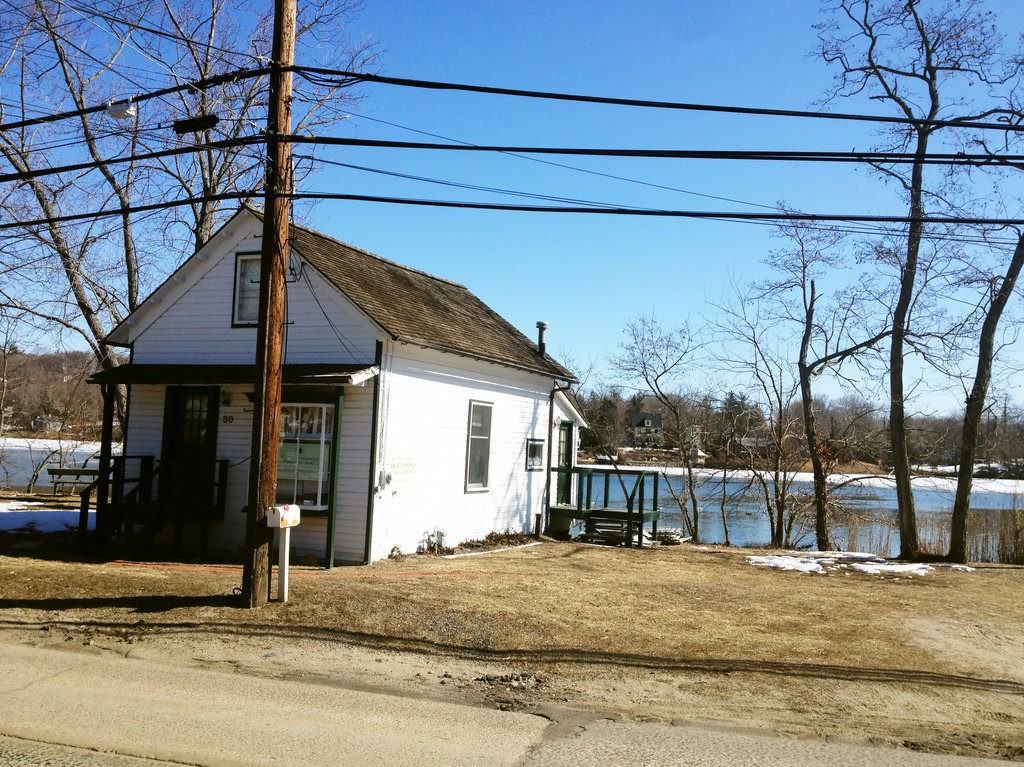 As American artists began exploring abstraction, Arthur Dove and Helen Torr, two of the earliest experiments in the field of Modernism, spent years toiling away in a one-room cottage in Centerport, New York, on Long Island’s North Shore. That tiny building now belongs to the Heckscher Museum of Art in nearby Huntington, which is working to restore it, reports the New York Times.
The Dove/Torr Cottage, on the edge of Centerport’s scenic Mill Pond, was originally a post office and general store. The couple moved there in 1938, and lived in that one room until their deaths, with Dove passing in 1946 and Torr in 1967. Largely unrecognized during their lifetimes—Torr failed to sell a single work before her death—the couple are now viewed as important pioneers of Modernism.

“I can think of few properties with as singular an importance for the rich history of Modern art in America,” said Charles Eldredge, the former director of the Smithsonian American Art Museum in Washington, DC.

The unassuming cottage offers little indication to its important place in art history: As a former resident of the area, I have driven past the unassuming building countless times, but never knew its backstory. (There is a commemorative plaque on the roadside about Dove—Torr’s name will reportedly be added—but I guess it never made much of an impression on this driver until now.)
Theirs was the second marriage for both Dove and Torr, who moved to the Huntington area in 1924. In their Centerport home, the picturesque waterfront setting and nearby harbors and lighthouses offered inspiration for their paintings.

The Times notes that Torr “devoted herself to fostering Mr. Dove’s career.” A quick glance at her diary, transcribed by the Smithsonian, reveals an artist plagued by a lack of self-confidence, her struggles to successfully complete work juxtaposed with praise for Dove’s artistic output.

In a 1927 entry, Torr wrote that photographer Alfred Stieglitz, a close friend of the couple, was “delighted” with Dove’s progress on work for an upcoming gallery show, but “said he thought my things too frail for the room.” The following entry notes that she is “feeling rather sunk over my work.”

Torr actually instructed her sister to destroy her unsold work upon her death. Fortunately, the paintings were instead entrusted to the Heckscher, along with the couple’s tools and supplies. Torr’s work is on view in “O’Keeffe, Stettheimer, Torr, Zorach: Women Modernists in New York” at the Portland Museum of Art in Maine through September 18.

According to the artnet Price database, her top price at auction is $96,000, for a 1931 canvas titled Melodrama (Thunderstorm), which sold at Sotheby’s New York in 2006. Dove’s biggest sale to-date was at Christie’s New York in 2015, when his painting Boat Going Through Inlet fetched $5.43 million.

The Heckscher acquired the cottage in 1998 with help from the New York Department of Parks, Recreation, and Historic Preservation. It was added to the National Trust for Historic Preservation’s Historic Artists’ Homes and Studios Program in 2002. Now, the museum plans to restore the interior of the building to its earlier state, so that future generations can see how Torr and Dove lived.
The Dove/Torr Cottage is located at 30 Centershore Road, Centerport, New York, and can be visited by appointment.