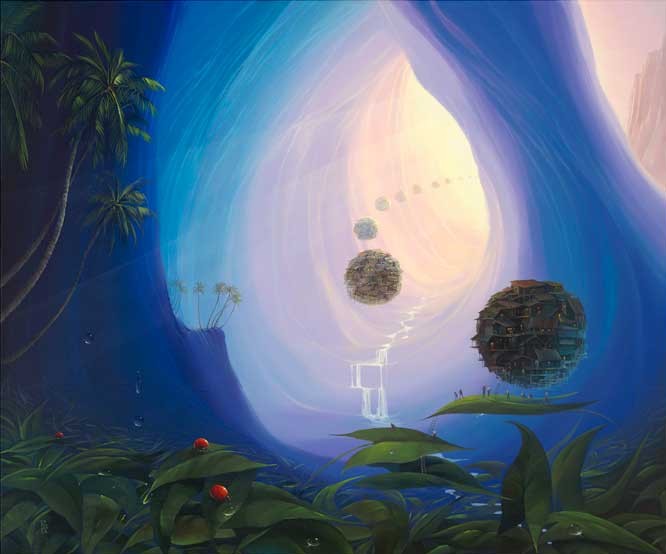 Victor Bregeda was born in 1963 in the city of Taganrog. The artist is engaged in painting as much as he remembers. He studied complex techniques of smooth writing from the French master. He has been working professionally since 1989. The first two personal exhibitions took place in Taganrog in 1994-1995. In 1996, the thematic exhibition “Unknown Tanais” was organized in Taganrog, the Tanais Museum-Reserve and in Rostov-on-Don. Since 2002 there is a permanent exposition in the gallery on the island of Maui (Hawaii), USA. Twice a year V. Bregeda is invited by the American gallery at the art show. The main direction in the work – easel painting: landscapes, portraits, still lifes, made in a meta-realistic manner, influenced by the philosophy of the subconscious. In his works, Victor Bregeda deduces the real nature of things, hidden from empirical perception. Among the collectors of the works of V. Bregeda famous musicians from the group Pink Floyd, as well as Carlos Santana.