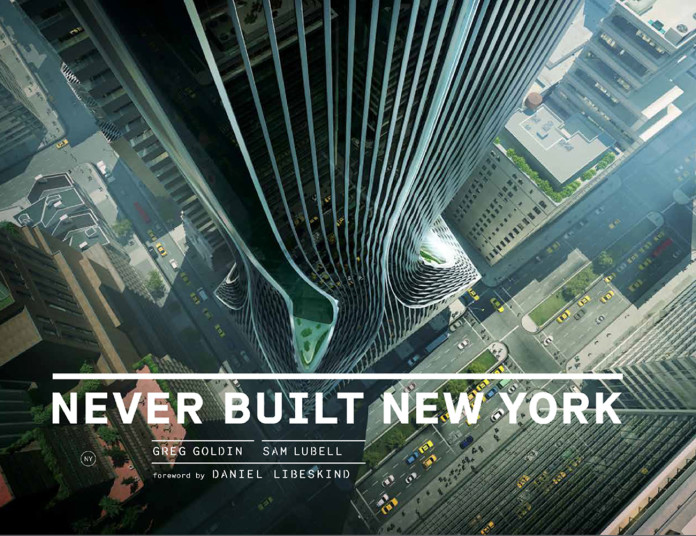 Metropolis Books, LIVE from the NYPL + ARTBOOK | D.A.P. invite you to celebrate the publication of Never Built New York with a conversation between Daniel Libeskind, Elizabeth Diller, Steven Holl and Sam Lubell, moderated by Paul Holdengräber.

It’s hard to imagine a New York different from the one we know, but what would the city have been like if the ideas of some of the greatest architectural dreamers had made it beyond the drawing boards and into built form? The new book Never Built New York paints the picture of an alternative New York, with renderings, sketches, models, and stories of proposals for the city that never came to be. Internationally acclaimed architects Daniel Libeskind. Steven Holl and Elizabeth Diller along with the book’s coauthor Sam Lubell come together to envision this alternate city.

DANIEL LIBESKIND established his architectural studio in Berlin, Germany, in 1989 after winning the competition to build the Jewish Museum in Berlin. In February 2003, Studio Libeskind moved its headquarters to New York City when Daniel Libeskind was selected as the master planner for the World Trade Center redevelopment. Libeskind’s practice is involved in designing and realizing a diverse array of urban, cultural and commercial projects internationally. The studio has completed projects that range from museums and concert halls to convention centers, university buildings, hotels, shopping centers and residential towers. As Principal Design Architect for Studio Libeskind , Libeskind speaks widely on the art of architecture in universities and professional summits. His architecture and ideas have been the subject of many articles and exhibitions, influencing the field of architecture and the development of cities and culture. He lives in New York with his wife and business partner, Nina Libeskind.

ELIZABETH DILLER is a founding partner of Diller Scofidio + Renfro, an interdisciplinary design studio that works at the intersection of architecture, the visual arts and the performing arts. Diller and her partner, Ricardo Scofidio, were the first architects to receive the MacArthur Foundation’s “genius” award. Founded in 1979, her studio established its identity through independent, theoretical and self-generated projects before reaching international prominence with projects such as the Institute of Contemporary Art, Boston, the renovation and expansion of Lincoln Center for the Performing Arts in New York, and the High Line on Manhattan’s West Side. Recently completed projects include The Broad Museum in downtown Los Angeles and The Vagelos Education Center at Columbia University in New York City. Diller has been recognized by the Smithsonian Institution with the National Design Award; the National Academy of Design with a Lifetime Achievement Award; and the American Academy of the Arts and Letters with the Brunner Prize. She is a Fellow of the American Academy of Arts and Sciences and an International Fellow of the Royal Institute of British Architects. Diller graduated from the Cooper Union School of Architecture in 1979. She is a Professor of Architecture at Princeton University.

STEVEN HOLL joined the Architectural Association in London in 1976 and established Steven Holl Architects in New York City. As founder and principal of Steven Holl Architects, Holl is the designer of all projects ongoing in the office. He is recognized for his ability to blend space and light with great contextual sensitivity and to utilize the unique qualities of each project to create a concept-driven design. He has received the 2014 Praemium Imperiale International Arts Award for Architecture, the 2012 AIA Gold Medal, the RIBA 2010 Jencks Award, and the first Arts Award of the BBVA Foundation Frontiers of Knowledge Awards (2009). He is a tenured Professor at Columbia University’s Graduate School of Architecture and Planning, and has also taught at the University of Washington, the Pratt Institute, and the University of Pennsylvania.

A note to our patrons: LIVE from the NYPL programs begin promptly at 7p.m. We recommend arriving twenty minutes before the scheduled start time to get to your seats. In order to minimize disturbances to other audience members, we are unable to provide late seating.