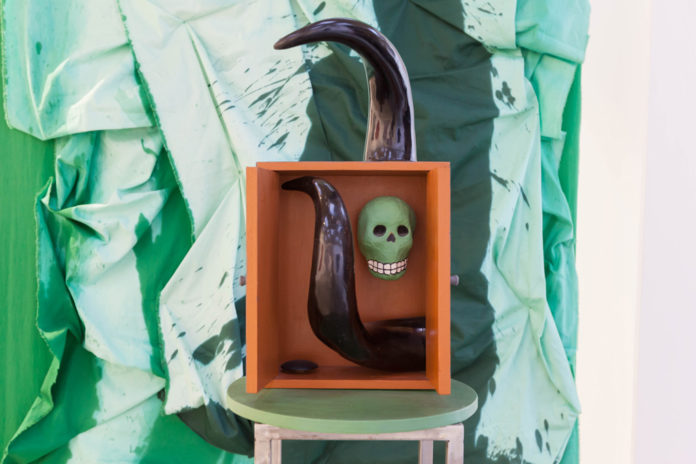 The spirit of Instituto de Visión is to propose dialogues between artists of different generations to draw new constellations that give meaning to Latin American conceptual past. Deshechas is an exhibition—dialogue between Ofelia Rodríguez and Pia Camil,  through Friday, December 15. 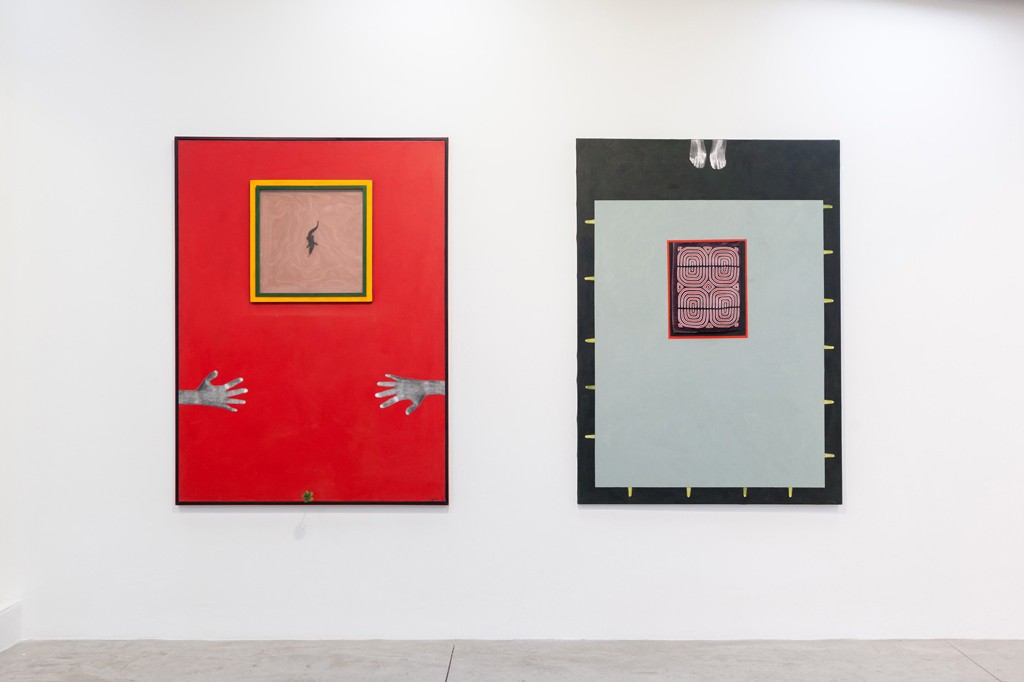 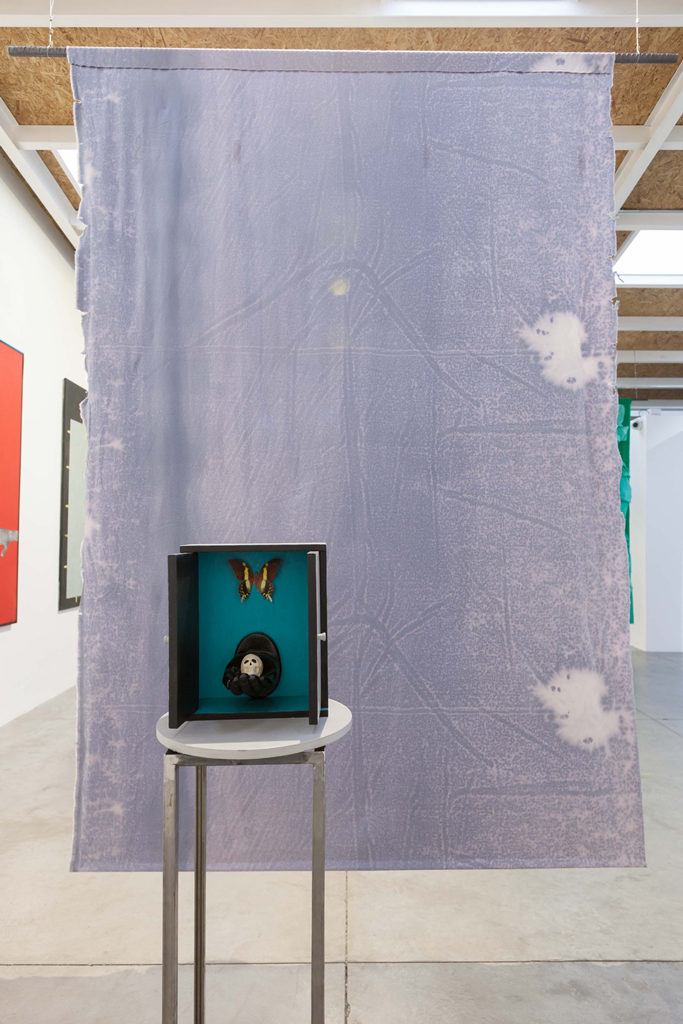 Rodríguez (Barranquilla, 1946) was the first Colombian woman to obtain a Masters in Arts at Yale University. Her work is characterized by integrating discursive elements typical of the literature of her region, with techniques such as collage or assemblage to create her own vocabulary whose recurring symbols generate a rather original logic with which she portrays the most transcendent moments of her experience. 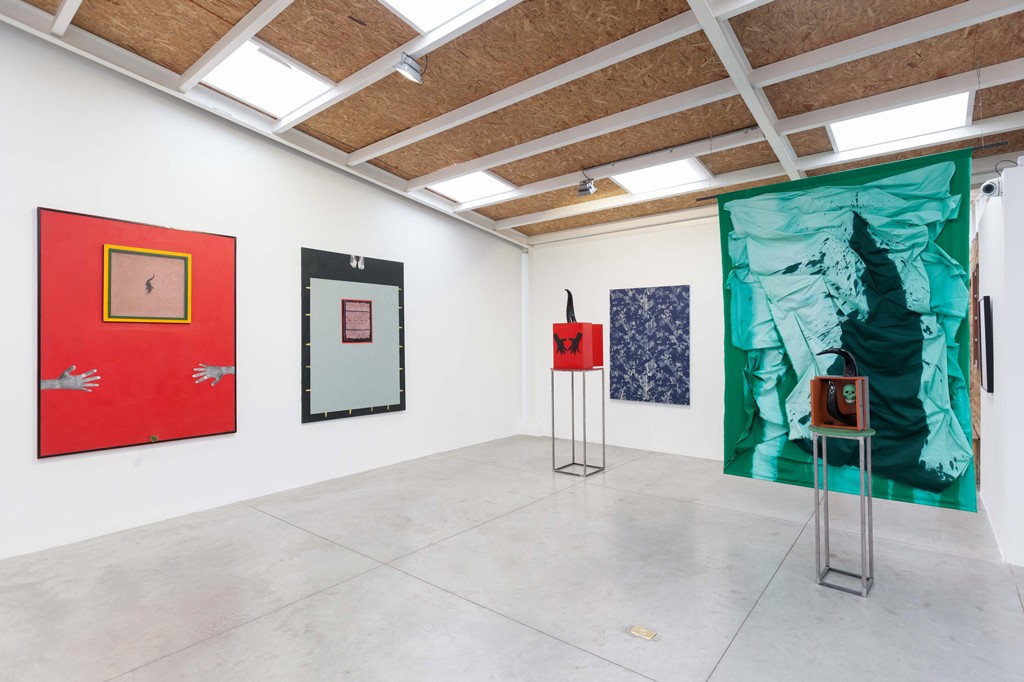 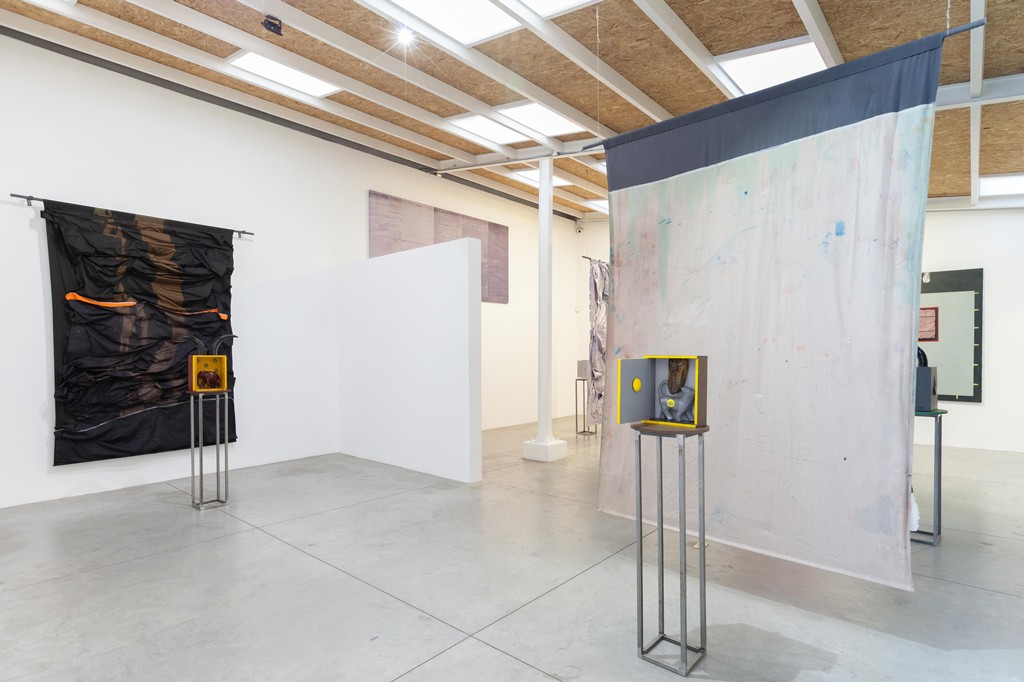 Camil (Mexico, 1980) represents a very particular vision of contemporaneity as her work appropriates schemes from realms that are not necessarily related to fine arts, such as informal commerce or illegal economies in order to generate relations that point, in this specific case, to the place occupied by the imaginary of the domestic in society. 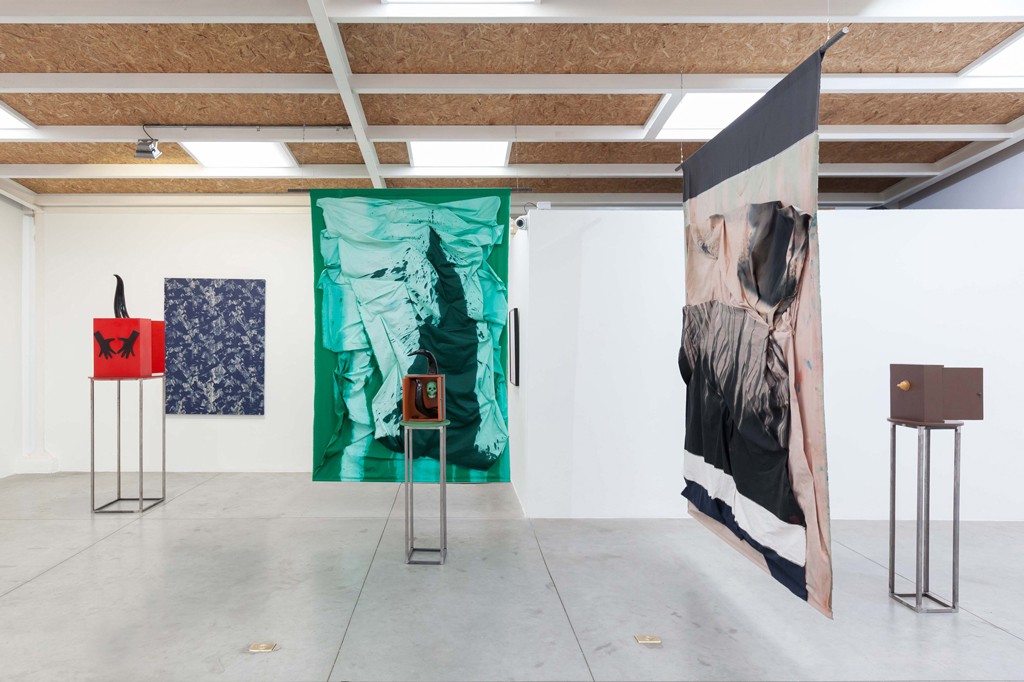 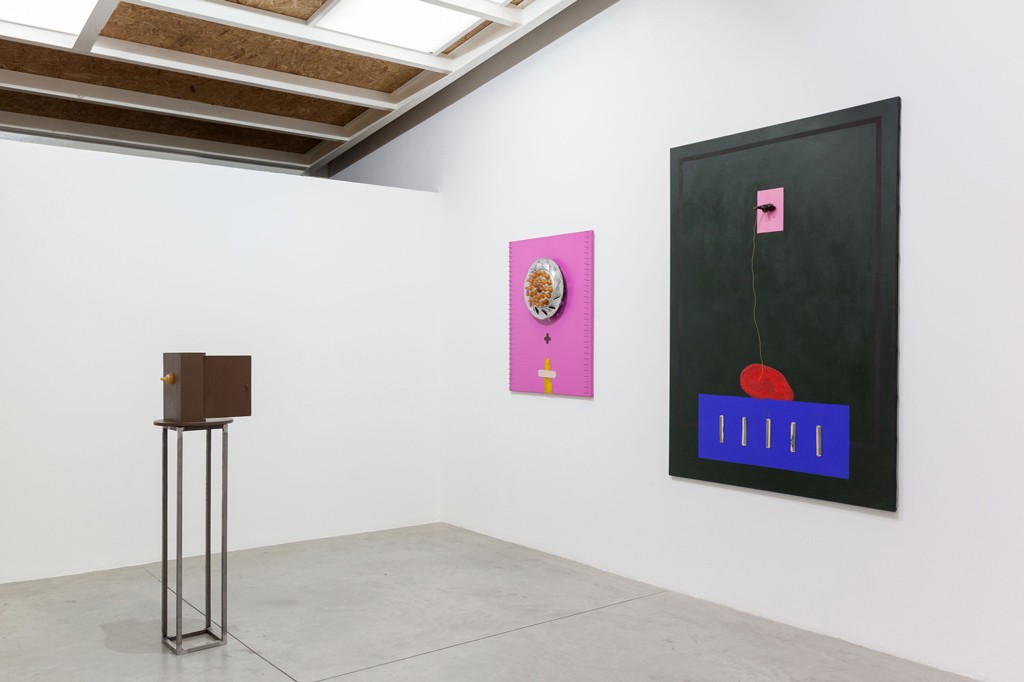 The material with which Pia works in the paintings that give the title to this exhibition are fabrics that have been discarded from textiles factories for being the last bit of the production; therefore they show printing errors. For the artist, these pieces evoke the relationship of contemporary subjects with mass production markets; moreover, they serve as metaphors of the role of art within the market. By the format of the paintings and the folds that are generated, these works can be read from their resemblance to an undone bed and therefore understood from the field of intimacy. 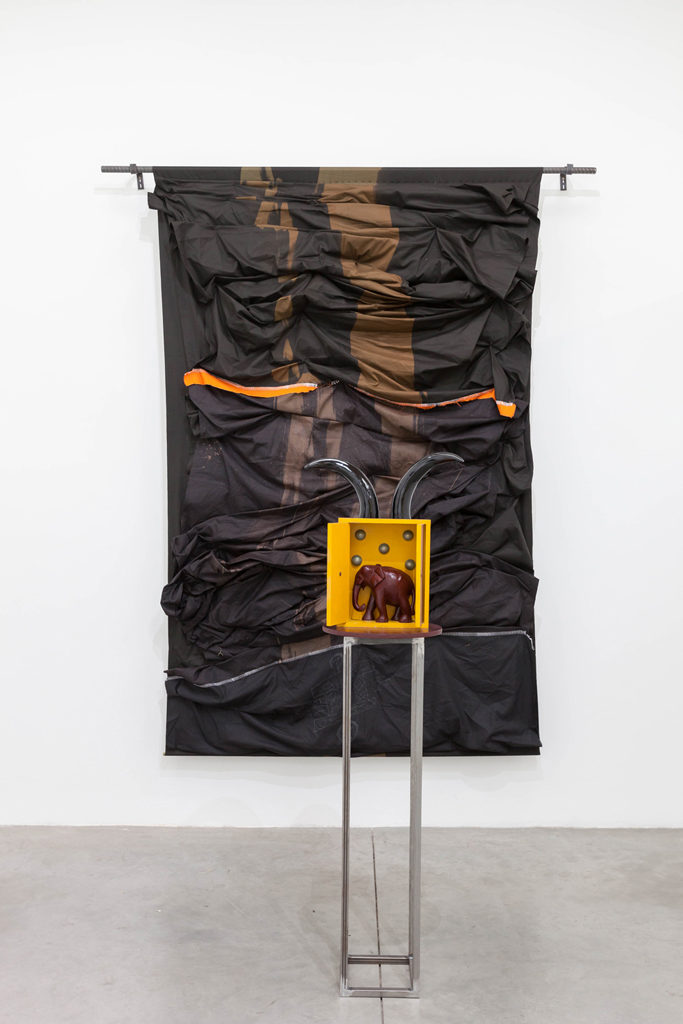 Cultural identity is one of the central themes in the narrative of Ofelia Rodríguez’ practice characterized, among other things, by a strong interest in revealing her tropical roots and highlighting the common places that this entails, as the theme of exuberance or gaudy colors. Other ingredients of her work come from dealing with issues about the feminine in a seemingly naive way, using a pop language with a high sense of irony. 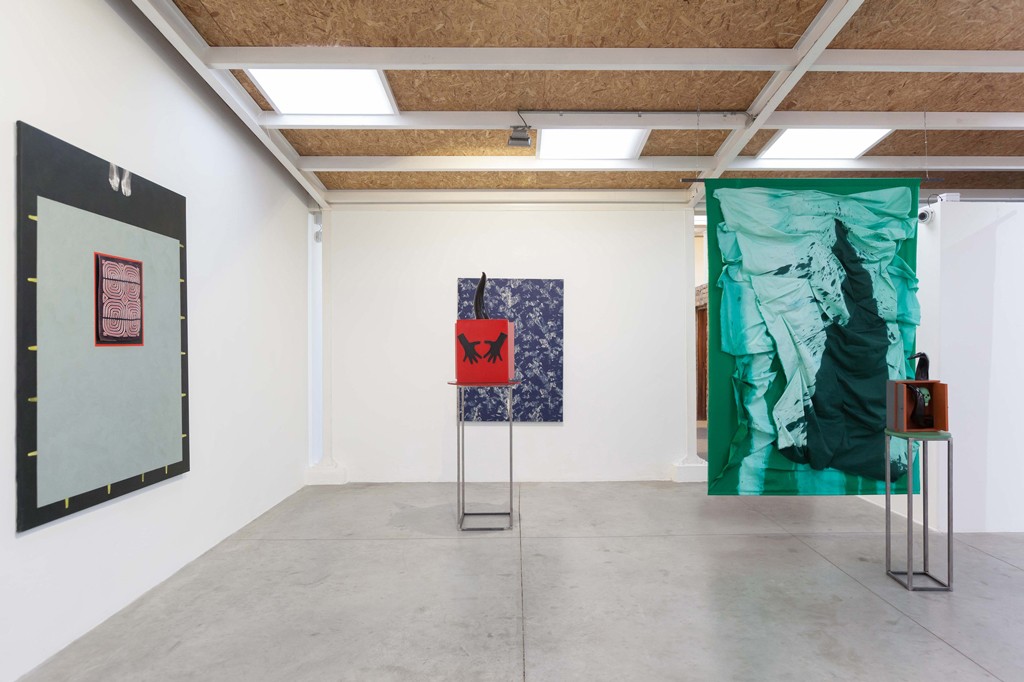 Ofelia is an artist moving between two cultures: growing up in the Colombian Caribbean, her career evolved abroad as she voluntarily exiled to the United Kingdom. It could be said that a journey is a pilgrimage towards self-knowledge and that exile, following Linda Nochlin’s theory, is a fertile place for independent development and growth. Paradoxically, this path that drove her away geographically ended up connecting her more strongly to her place of origin. Her roots were strengthened by distance, and magical realism generated in a tropical Colombian environment imbued her work. 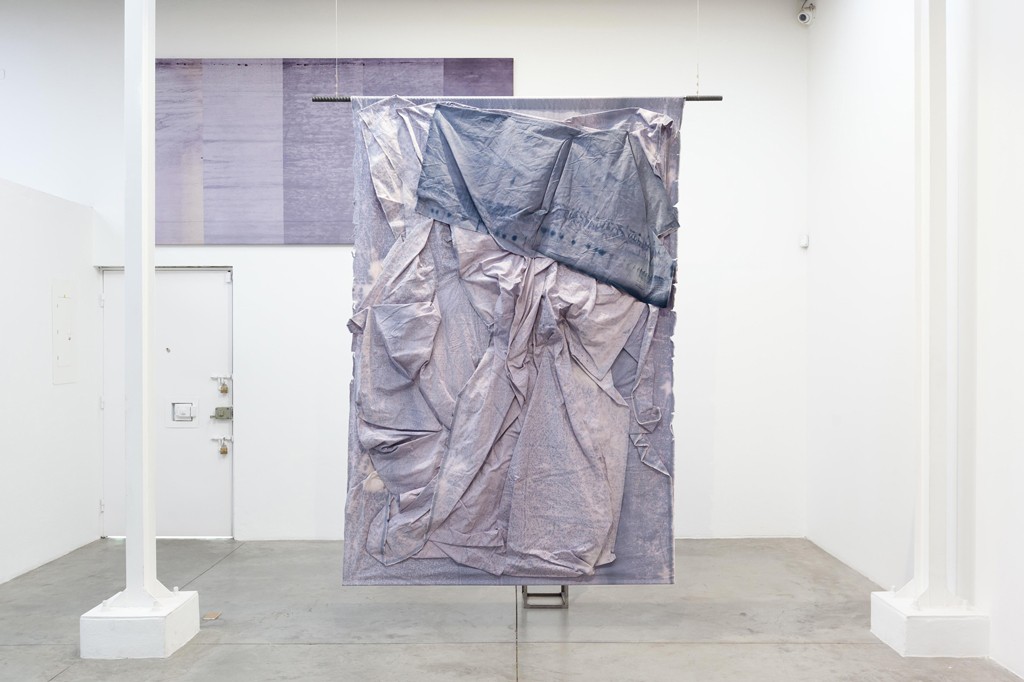 Both Ofelia’s and Pia’s practice have been concerned with breaking the moulds of elitist or patriarchal discourses, blurring for example the boundaries between high and popular culture, between the concept of good taste (which tormented art during part of its history and which, thanks to the attempts of Kitsch, pop, and Surrealism, has being defeated) and demonstrations urban folklore. 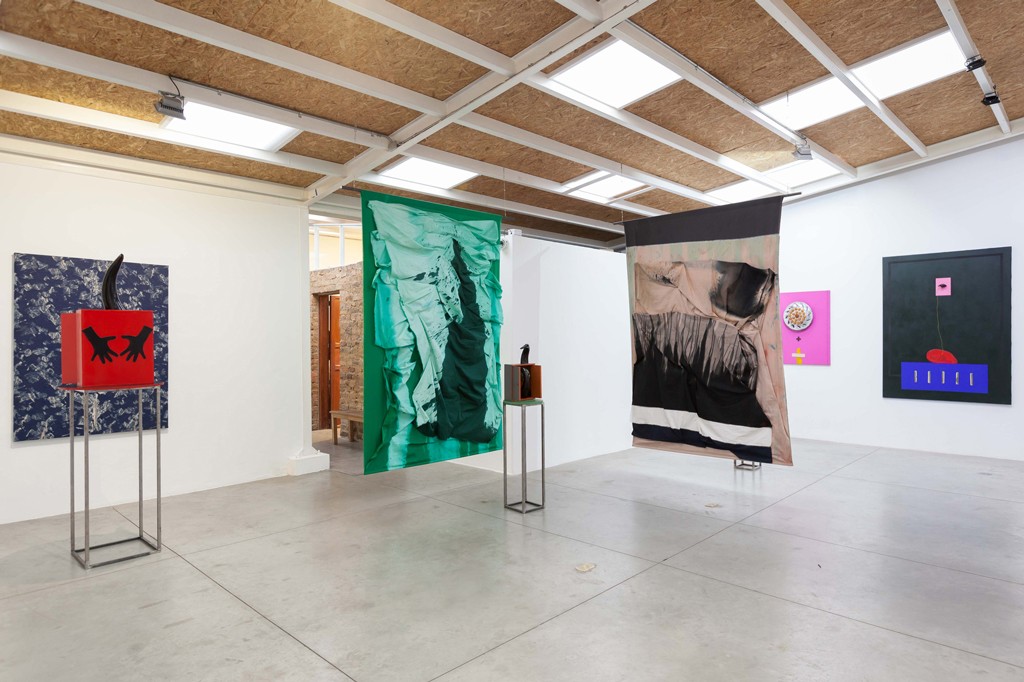 Deshechas is a curatorial exercise between Maria Wills, who investigated the work of Ofelia within the program Visionarios and Beatriz who works in the manner of a laboratory with artists producing today.