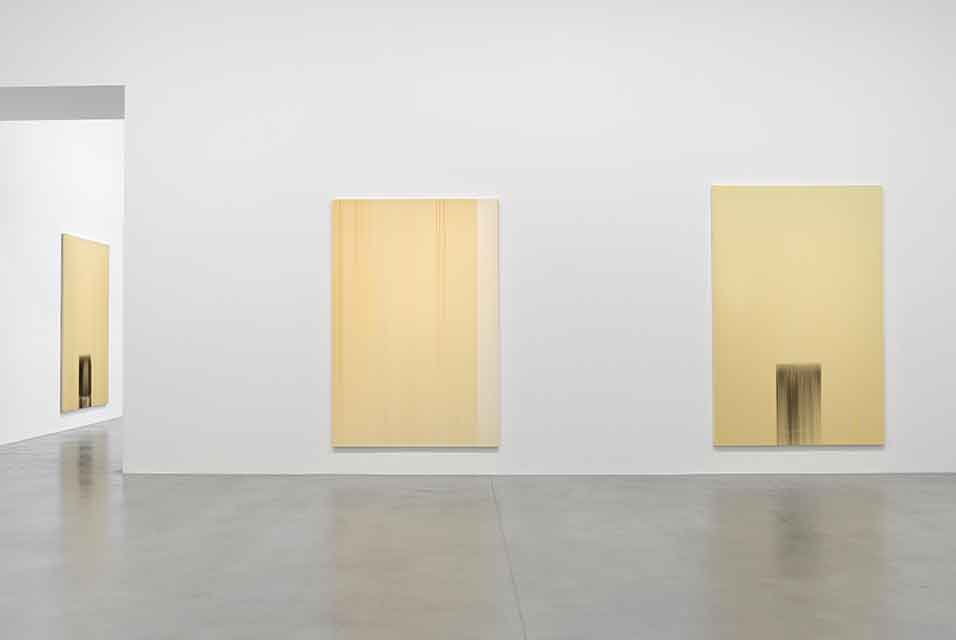 Newport Street Gallery is presenting an exhibition of work by British artist Rachel Howard (b.1969). The show is the first UK exhibition of Howard’s series of paintings, ‘Repetition is Truth – Via Dolorosa’. This body of work was the subject of a 2011 exhibition at Museo d’Arte Contemporanea Donnaregina, Naples, Italy, curated by Mario Codognato. (21 FEB 2018 – 28 MAY 2018) 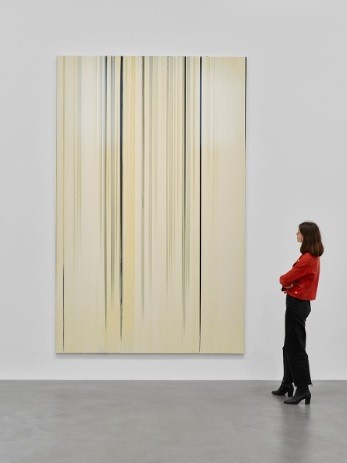 Commissioned by the Murderme collection and produced between 2005 and 2008, the series takes inspiration from the Stations of the Cross, ‘Via Dolorosa’ being the path taken by Jesus to Mount Calvary. Whilst referencing the long art-historical tradition of depicting the Stations, ‘Repetition is Truth’ also offers a broader commentary on the universality of human rights abuses.

Religion, repetition, mortality and violence – particularly controlled violence – are enduring themes in Howard’s work. These fourteen, large-scale paintings are accompanied by a small 2005 study of Ali Shallal al-Qaisi, the Iraqi detainee who was photographed being subjected to torture at the hands of American soldiers in Abu Ghraib prison in 2003. When these now-infamous images of Ali Shallal al-Qaisi – hooded and standing on a box in a cruciform position – were released in 2004, Howard took particular note of the box. 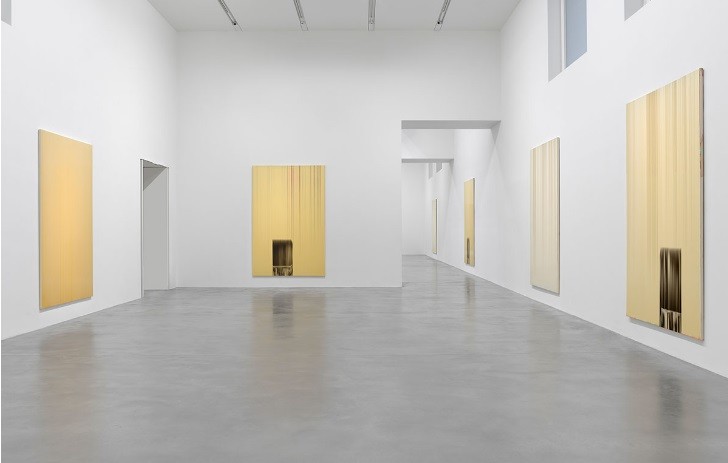 She explains: ‘The box is almost like a plinth – I was thinking about the cross, the Crucifixion, and how it related to this box as a twenty-first century place of horror, humiliation and human rights atrocities, and I couldn’t help but connect the two.’ As one moves between the Stations, the box variously emerges, or appears almost submerged in the paint, before eventually vanishing.

In order to create these semi-abstract paintings the artist applied vast swathes of household gloss paint to the canvas. Howard allowed the pigment and varnish to separate in the paint can and then allowed gravity to influence the direction of the medium in its two forms, building layer upon layer of poured paint. The form of each painting was thus determined by a combination of the weight and viscosity of the paint, precision and chance. 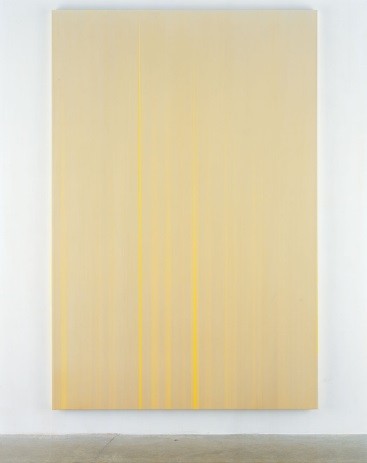 Coinciding with this show is a solo exhibition of work by American artist John Copeland also at Newport Street Gallery.

Howard was born in Easington, County Durham 1969 and graduated from Goldsmiths College, London, in 1991. She was awarded the Princes Trust Award in 1992, was shortlisted for the Jerwood Drawing Prize in 2004, and received the British Council Award in 2008.