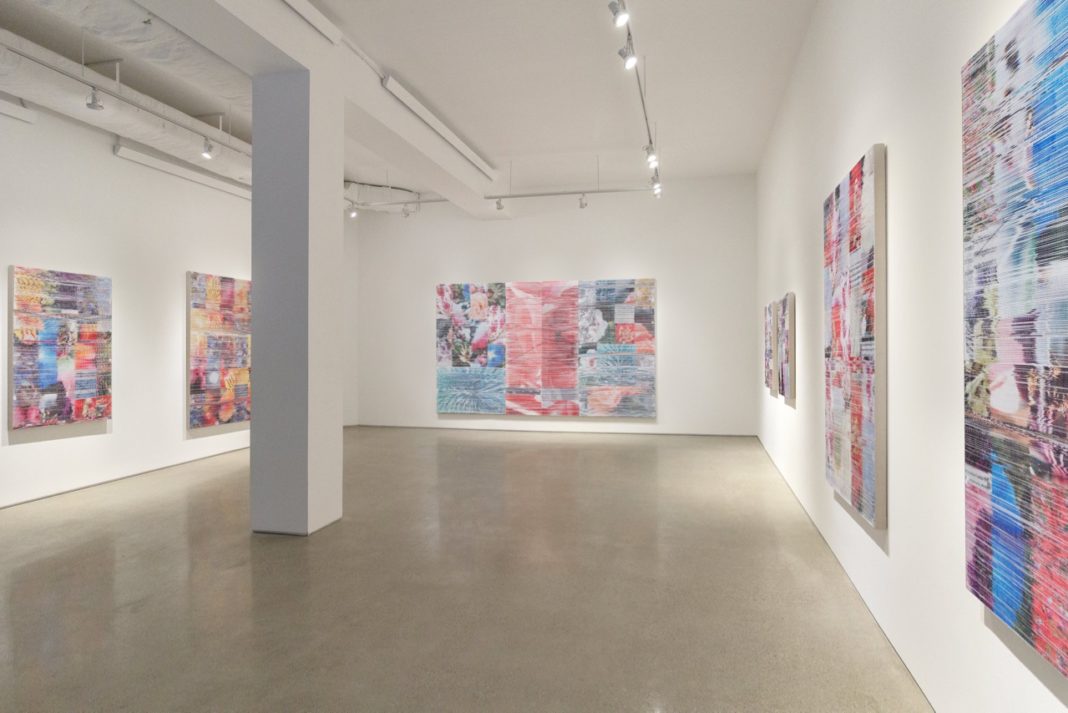 Currently at the Library Street Collective in Detroit, Margo Wolowiec has a show on display featuring her “#rosegarden” series of works. Entitled Taking Over, the new pieces continue her exploration on the relationship between weaving and computing, both in the binary concept that each is based on as well as mixing the two in her creative process. She references social media for her imagery, taking the photos she finds through hashtags and geotags and then using a sublimation dye process to transfer them onto groups of threads which she then weaves and reassembles adding an abstract element to the works.(February 3 – March 24, 2018) 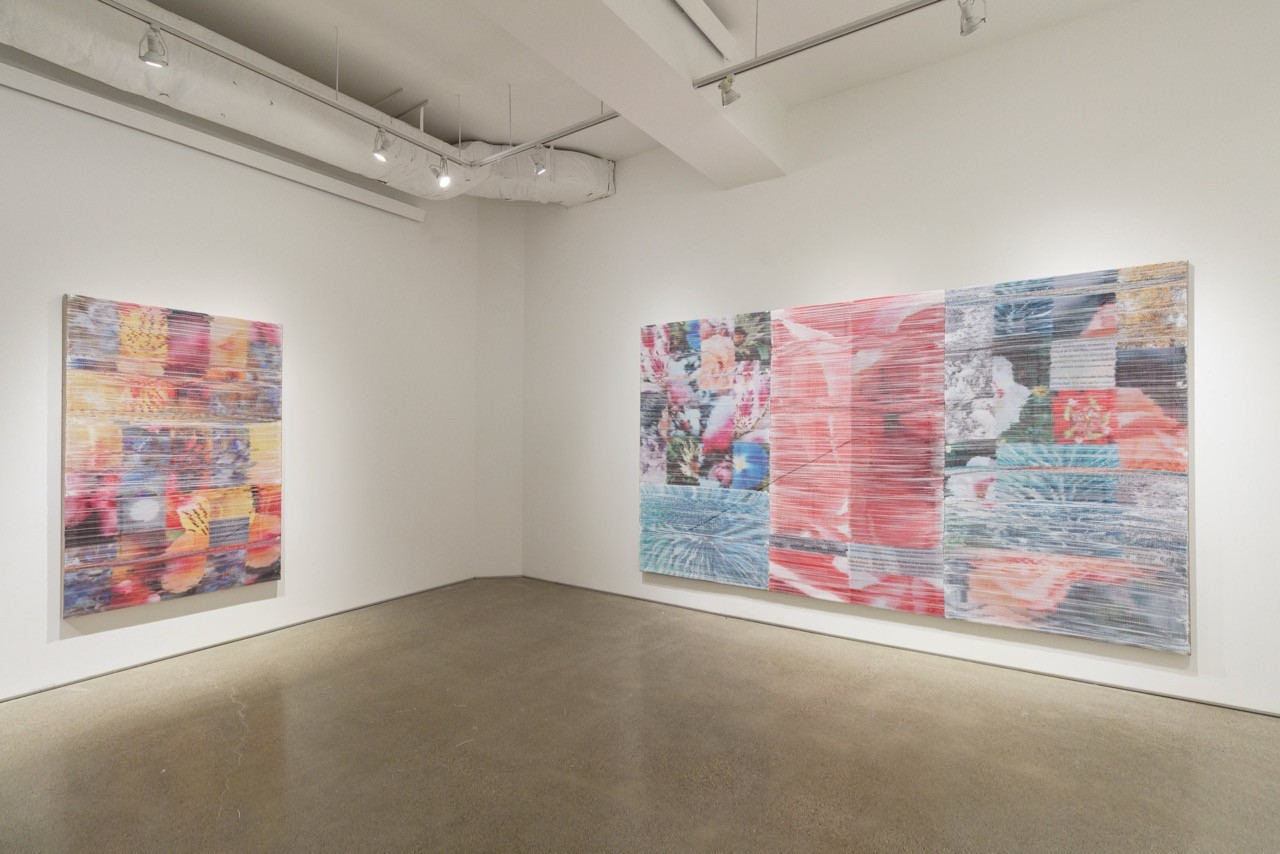 She further explains – “I began taking screenshots of news articles from verified and unverified online news media sites and incorporating them into my weavings. I paired these texts with images of roses and flowers collected from the hashtag #rosegarden. The rose acts as a foil for the text from news and media sources, with roses and rose gardens as symbols of beauty and hope but also wealth and power. As I have continued to work through this series, the rose garden images have taken more and more prominence in each piece. I like that the florals are creeping in more, as I gradually give them more power and space within the work and push back against the news media texts. I think this is a symbol of my own hope for the future, and for the power and space that women are reclaiming in society. The best end to this year for me personally has been the outpouring of women who are speaking out against the high-profile, powerful men that have sexually abused them. It has been powerful and inspiring, and has given me hope that – despite a particularly bleak year – there is a bright future waiting for everyone.” 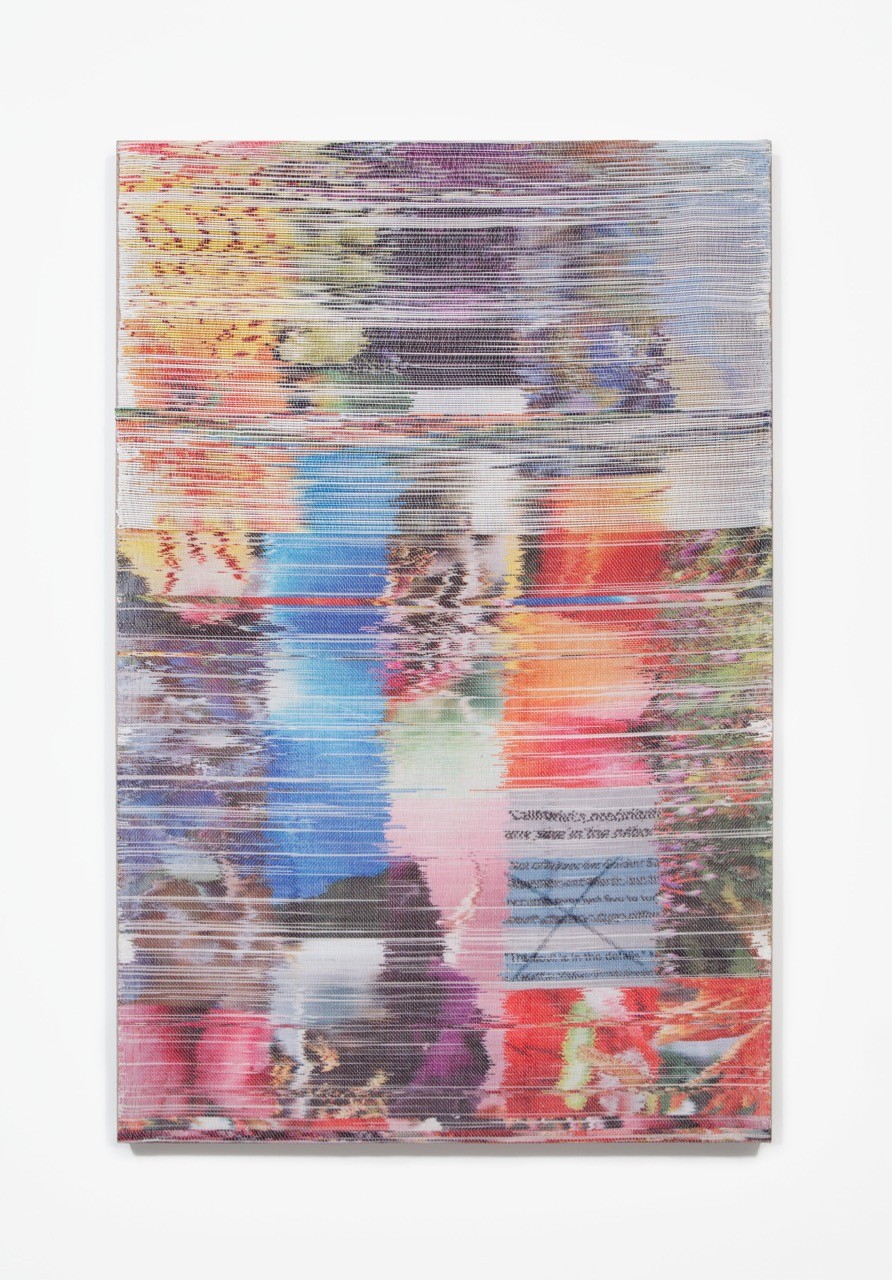 Margo Wolowiec’s work looks at the visual trends of cyberspace, particularly those of social media, which she sees as conflicted systems that entangle the private with the political and corporate. Her hand-woven panels use data sourced from the Internet that she finds through hashtags, geotags, google searches and news feeds. In her woven work, Wolowiec selects images and text which she puts through a multi-step process that begins with a dye-sublimation transfer onto polymer threads. She then weaves on a traditional floor loom to create woven panels which she continues to dye and paint throughout the weaving process. Her video works look at the digital screen in a similarly tactile way, referencing screen savers or “drawing” with text captured in long, single shots. Faced with continual changes in the current political climate, Wolowiec uses her practice as a method of processing, distilling, and understanding information. 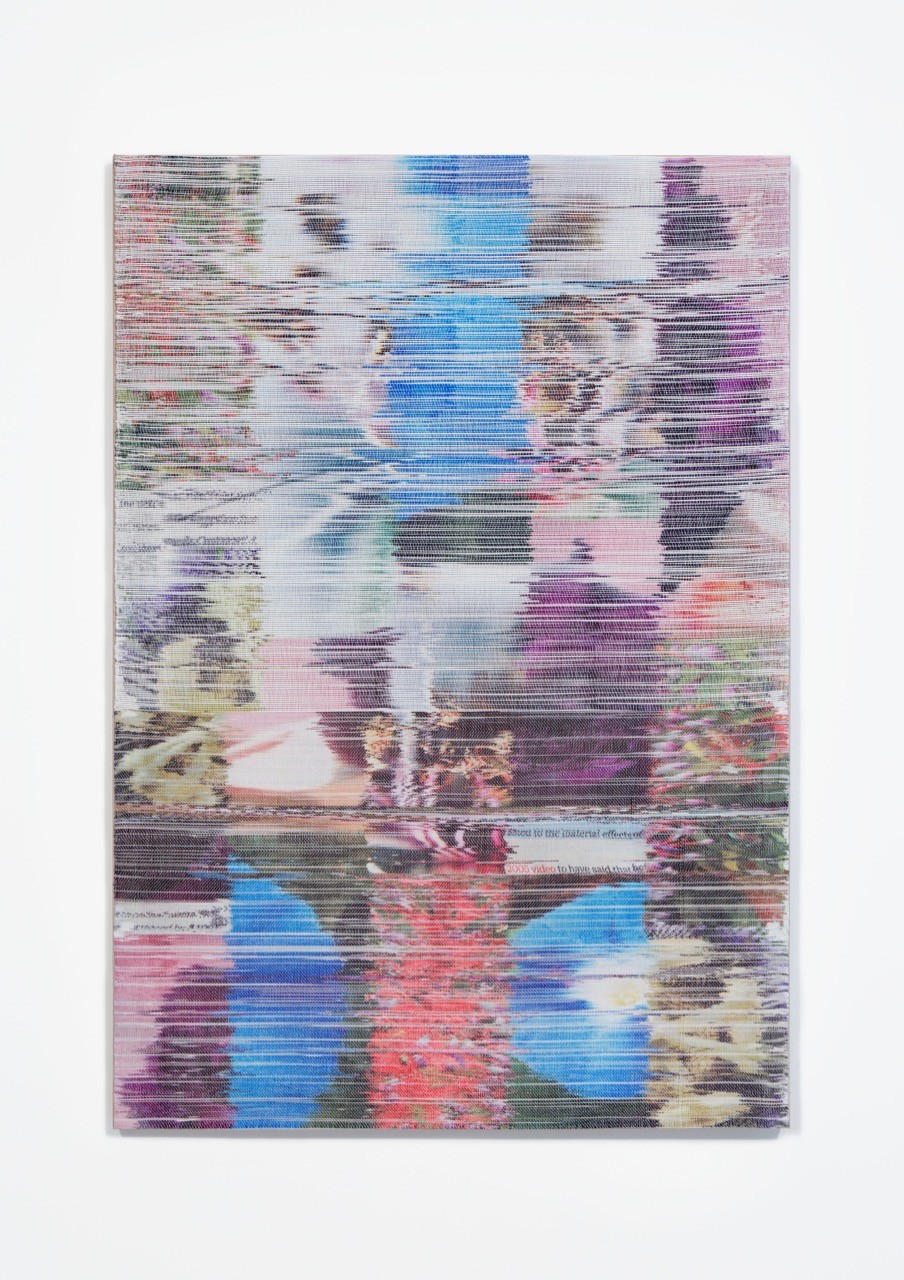 Margo Wolowiec (b. 1985, Dearborn, MI) lives and works in Detroit, MI. She has a BFA from the School of the Art Institute of Chicago and an MFA from the California College of the Arts. Her work is in the public collections of the Hammer Museum in Los Angeles, Kadist Art Foundation in San Francisco, Arsenal Contemporary Art Center in Montreal, and the Detroit Center for Photography. She has been included in exhibitions at the Museum of Craft and Design (San Francisco), di Rosa Center (Napa), Jessica Silverman Gallery (San Francisco), Laura Bartlett Gallery (London) and Lisa Cooley Gallery (New York). She was a panelist at the Helen Frankenthaler institute in Manhattan for the Material Concerns and Current Practices series, and has lectured at Maryland Institute College of the Arts, San Francisco State University, and Penland School of Arts. She was a visiting critic at California College of the Arts and the Textile Art Center in Brooklyn, NY. 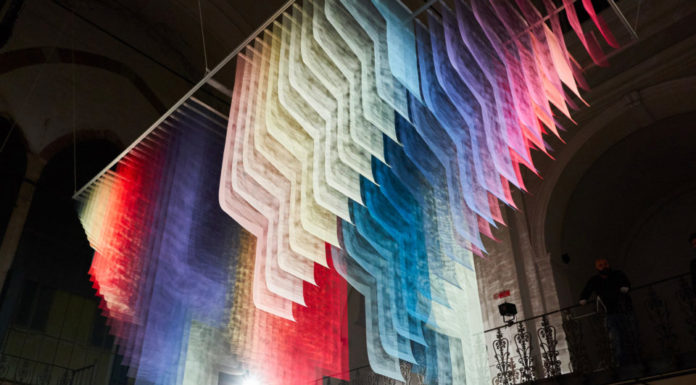 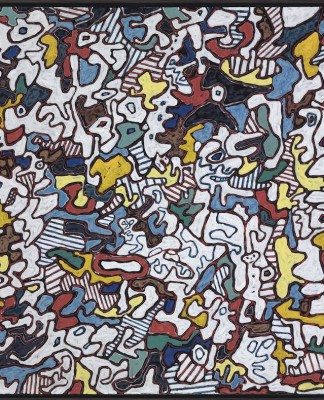 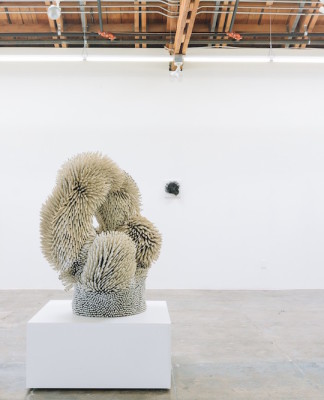 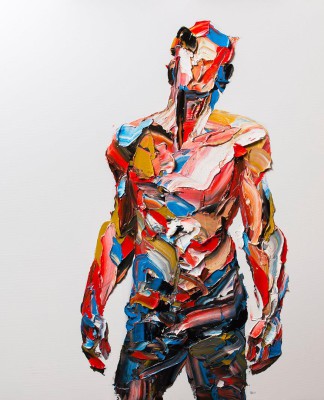 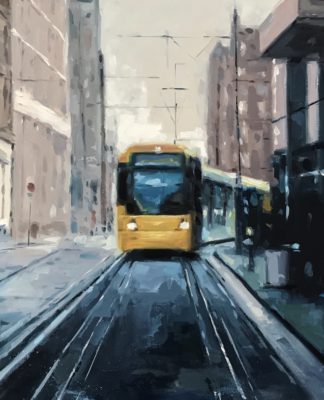