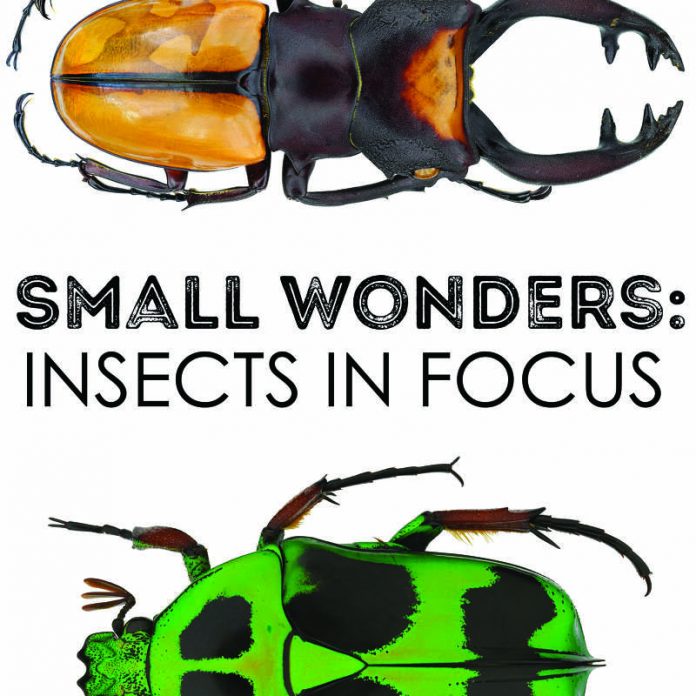 The Bishop Museum of Science and Nature is the largest natural and cultural history museum on the Florida Gulf Coast that offers interesting exhibits and educational programs.

With fossils from Florida’s earliest inhabitants, archaeological material representing Paleo-Indian, archaic and pre-contact cultures, and local history and art exhibitions, visitors of all ages will find something to love at Bishop’s Science and Nature Museum.

The museum also has a fully digital planetarium and a rehabilitation environment for Parker’s manatee. At the Bishop Museum of Science and Nature, you can learn about the world around you – earth, sky, and sea – through the lens of natural sciences in Florida.

The planetarium of the Bishop Museum of Science and Nature features astronomy programs. It is equipped with one of the most advanced fully digital projection systems in the world.

Not only the permanent exhibitions are available at the museum. The institution is constantly changing temporary exhibitions that discover something new with every visit!

Several new images were on display for the first time at the Bishop’s Science and Nature Museum as part of the special exhibition Small Wonders: Insects in Focus. In addition to photographs that have been on display in galleries on the museum’s second floor since the opening of the Little Wonders in June, the expansion includes eight new images that are now on display in the West Hall, located on the museum’s ground floor north of the planetarium lobby.

In a series of images from the exhibition, photographer and artist Bob Sober used advanced technology and special techniques to place tiny insects on a human scale, allowing visitors to see the patterns, textures, colors, and details that have always been present in these animals but often too small for us to appreciate.

Sober uses extreme macro photography and focus stacking to give us a fresh perspective on insects. Focus overlay is a digital imaging technique that combines multiple images of an object taken at different focal lengths to give the resulting image a greater depth of field than would be possible in a single image.

Interpretation panels for each image quantify the number of photographs Sober used to create the final images – from 450 to over 1000! The expansion of the special exhibit also includes a new digital experience called Insects Investigated.

Available with a QR code at the museum or via The Bishop Pathways’ own free digital app. Guests can learn more about insects and their role in our daily life. Pathways is a digital travel guide based on The Bishop Museum of Science and Nature collections that helps guests learn about the fascinating and fascinating connections between history, science, and nature. The app was available for free on Google Play and the Apple App Store.

Matthew D. Woodside, chief curator and exhibition director at The Bishop Museum of Art and Science, said they are bringing these new images to people who love to visit The Bishop in person, and the digital experience of Insects Investigated could enhance the Small Wonders special exhibition for visitors. For those who still can leave their houses for nothing but necessary, Insects Investigated can also become a separate study of the fascinating world of insects. 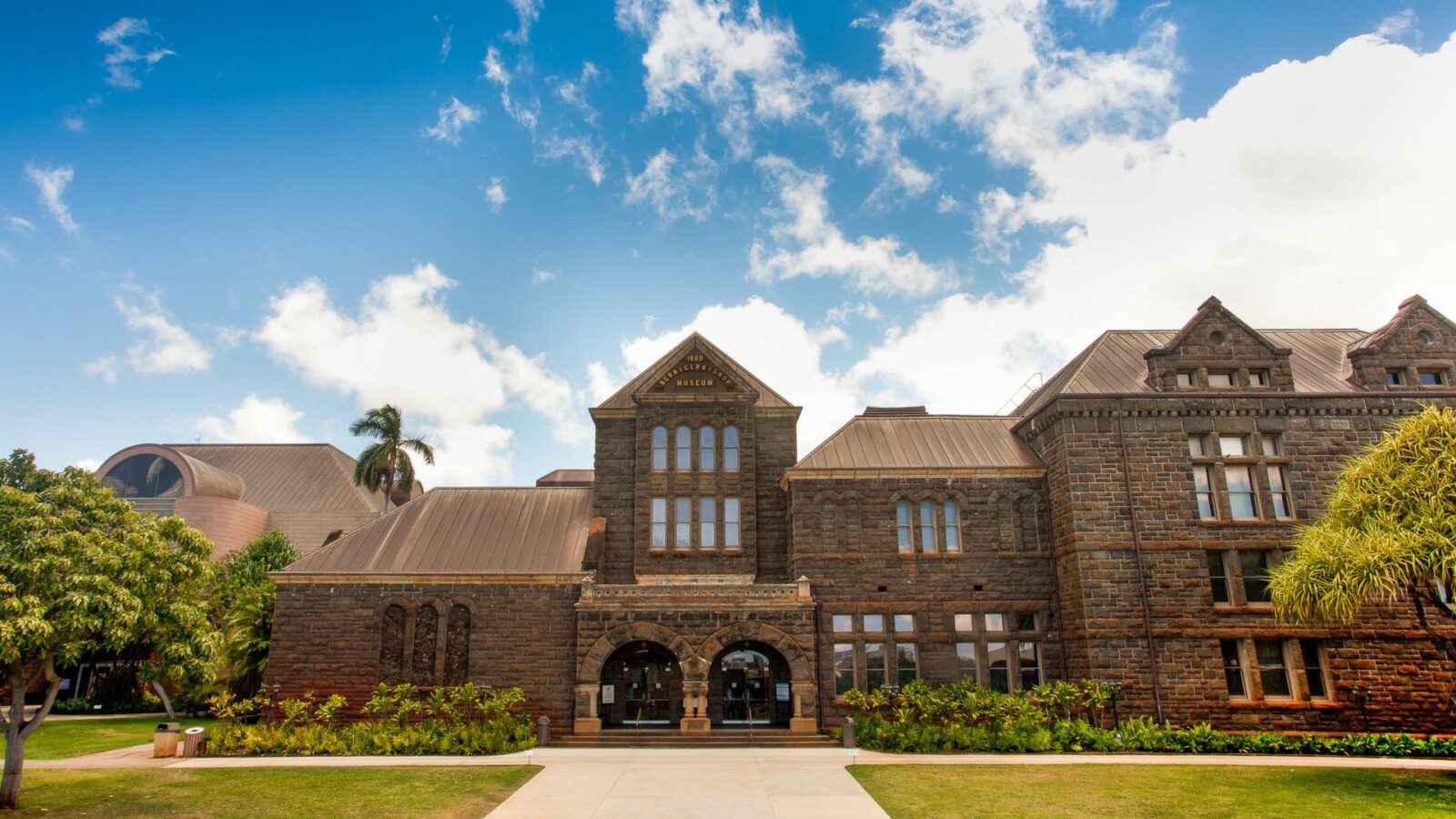 The Bishop Museum of Science and Nature strives to meet the educational and entertainment needs of everyone – whether they visit the museum in person or not.

Founded in 1946 by community leaders, the Museum of South Florida opened in 1947 at Bradenton Memorial Pier with the Montague Tallant collection of archaeological materials before and after contact with the early peoples of Florida, as well as collections relating to the scientific and cultural history of Southwest Florida and County Manatee.

In 1966, the museum moved to its current location and added the Bishop’s Planetarium. This add-on provided museum visitors with an enhanced opportunity to learn about the history of creation through programming that coincided with early space exploration.

Now 51 years old, the all-digital Bishop Planetarium Theater is the premier astronomy institution on the Gulf Coast, equipped with a state-of-the-art planetarium and projection system with impressive multimedia capabilities. 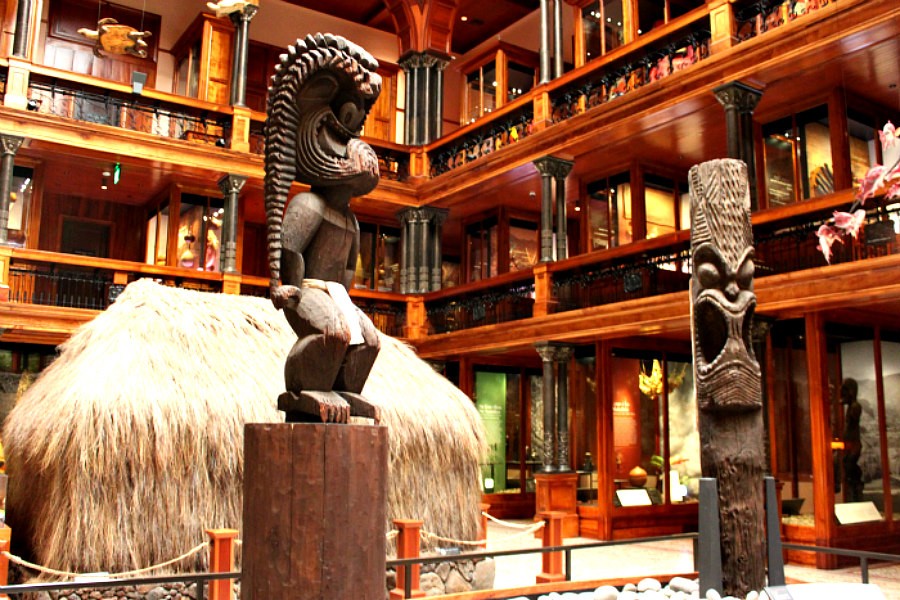 Today, it is known as the Bishop’s Museum of Science and Nature. It offers interesting exhibits as well as educational programs that interpret the scientific and cultural knowledge of Florida, the world, and our universe.

Ground floor highlights include the fossils of Florida’s earliest mammals and marine species, as well as the Montague Tallant artifact collection. The presented archaeological materials represent and interpret Paleo-Indian, archaic, and pre-contact cultures.

You’ll find the Great Hall, Land of Change, Florida’s fabulous seas, archaic peoples, and the Tallant Gallery, filled with information and objects that reflect the backstory of the Florida Gulf Coast. The Bishop Museum of Science and Nature interprets the region from the Pleistocene up to the present. 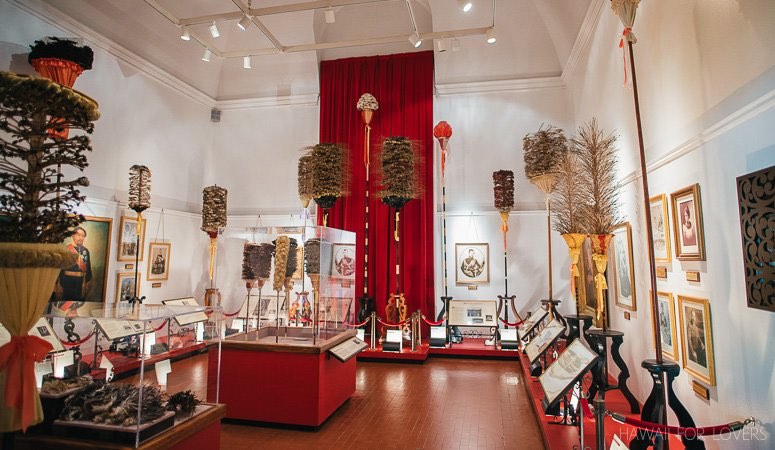 Archaeological artifacts collected throughout Florida by Montague Tallant, owner of a furniture store in Bradenton, laid the foundation for the Museum of South Florida (now Bishop’s Museum of Science and Nature). His hunt for pottery led to the accumulation of a significant collection of Aboriginal pottery, stone and shell tools, and European material from early Spanish exploration and settlement in Florida.

In the 1930s, Matthew Stirling, director of the archaeological site at the Smithsonian Institution in Florida, became Tallant’s friend and mentor. Stirling exhibited and interpreted the locally collected Smithsonian artifacts at Bradenton Memorial Pier in 1934, and Tallant followed suit, presenting his own collection in 1935 under the auspices of the Manatee Chamber of Commerce.

Tallant’s exhibits were popular with both the public and tourists. With the success of the 1939 DeSoto celebrations (marking the 400th anniversary of the DeSoto landing in Florida) and the rise in tourism as the country recovered from the Great Depression, Tallant began to seriously consider showing his collections to a wider audience in a museum setting. 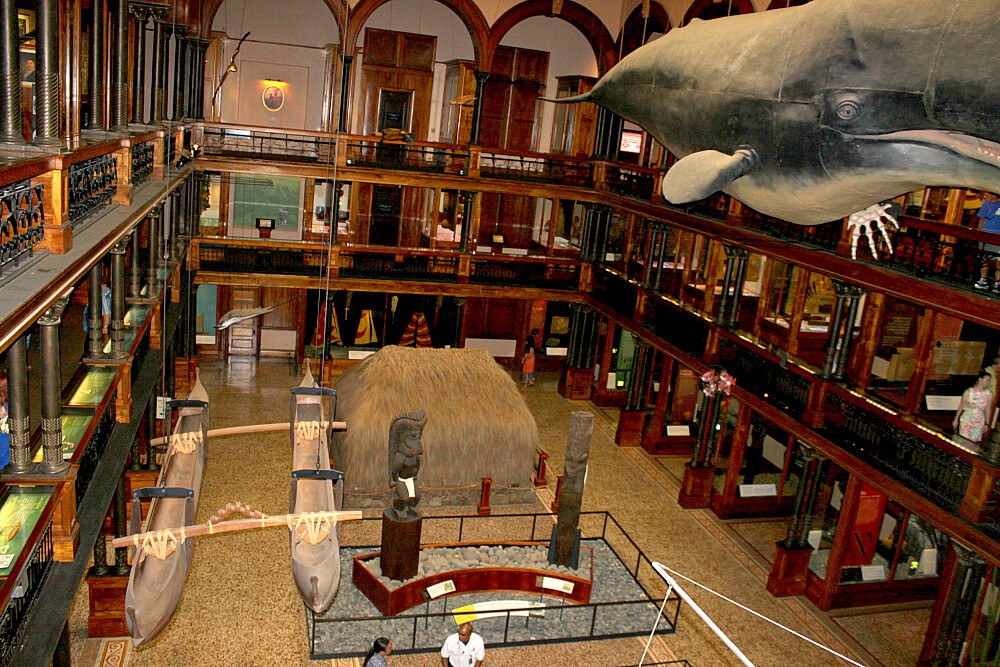 In 1941, he opened a museum on the second floor of his furniture store and called it the Manatee County Museum. The cost of maintaining the collection and space, coupled with Tallant’s interest in future projects, led him to consider buying proposals in the late 1940s.

Tallant had a strong wish for the collection to stay in the local area. So he sold it to the Bradenton Chamber of Commerce. In 1948, the collection became a significant part of the newly-formed Brandenton museum. Much of the collection remains in this museum today and forms the basis for the museum’s cultural and anthropological exhibitions. 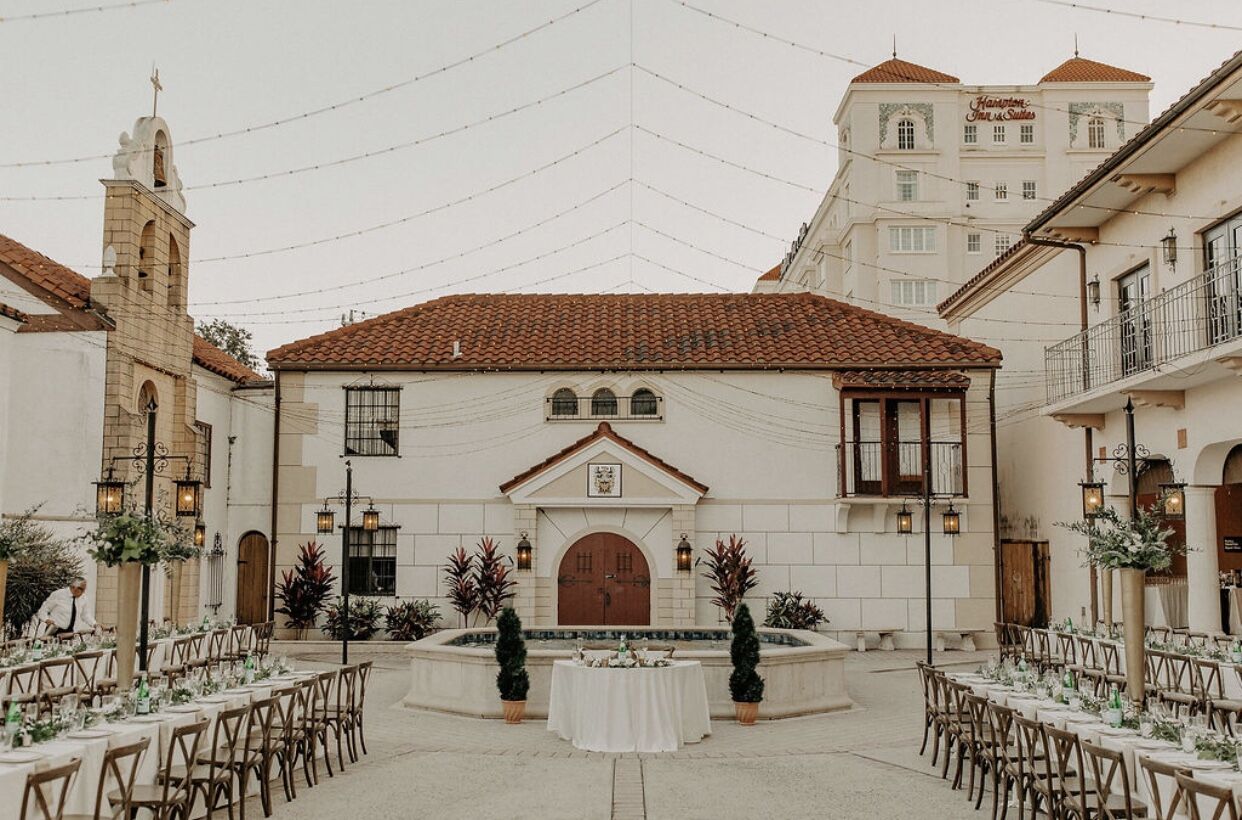 The dramatic architecture of the central courtyard recreates the elegance of the past: picturesque columns and arches, decorative wrought-iron gates, chandeliers and lamp posts, and a beautiful fountain.

In 1980, an expanded ‘Plaza España’ opened, highlighting the area’s Spanish heritage, with a full-size replica of Hernando de Soto’s house in Barcarrota, Spain, a 16th-century chapel and a bronze fountain with De Soto on horseback. The area is ideal for weddings and parties and can be rented. 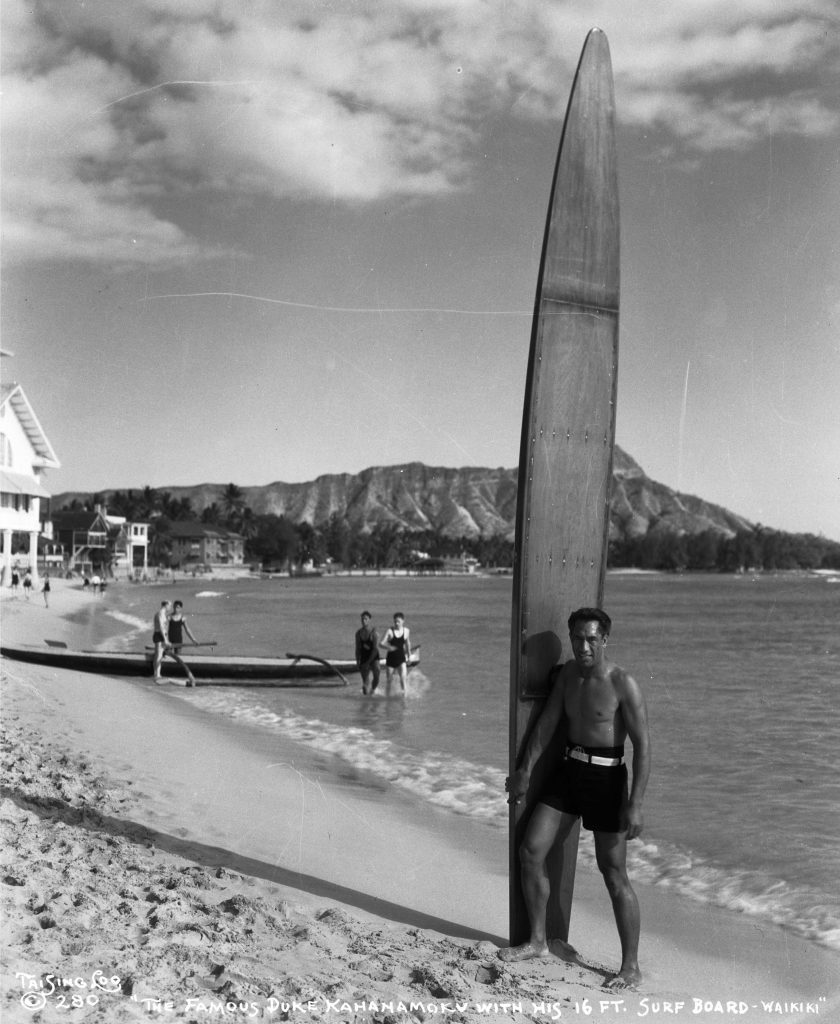 Mai Kinohi Mai (“from the start”) offers the largest collection of legendary surfboards ever, both in our collection and rented from the early history of surfing to the present day.

Thanks to the benefits of Hawaii’s coastline, warm ocean waters, and abundant waves, the indigenous people of Hawaii developed and perfected this sport, which is now a thriving international phenomenon.

A huge room has projection screens. These videos are so realistic that it seems like you are in the water and rushing over the waves. 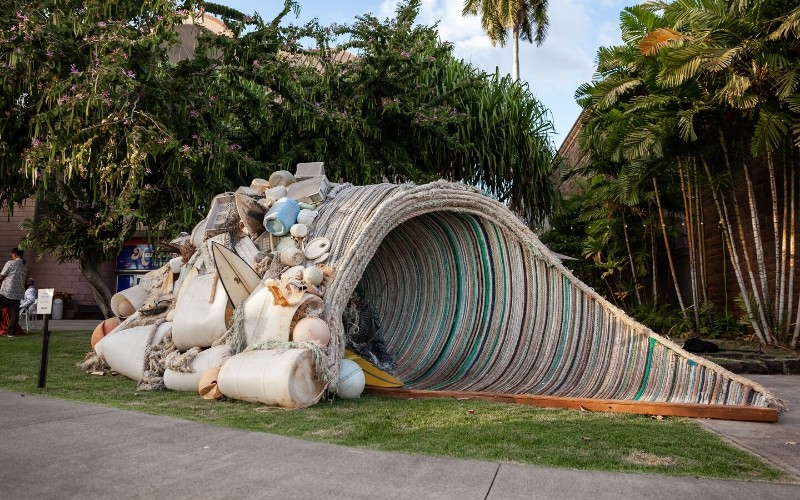 The Source of Strings

Beginning in the late nineteenth century, Hawaiian musicians began a major movement that spread far beyond their island home. The exhibition “Kaula Pico: The Source of the Strings” at the Bishop’s Museum will present these revolutionary personalities for the first time as more than the already famous virtuoso performers.

Kaula Piko explores this Hawaiian musical heritage through a detailed history of our vast and lasting contributions to the world of music.

Hawaiʻi’s Gateway to the Stars 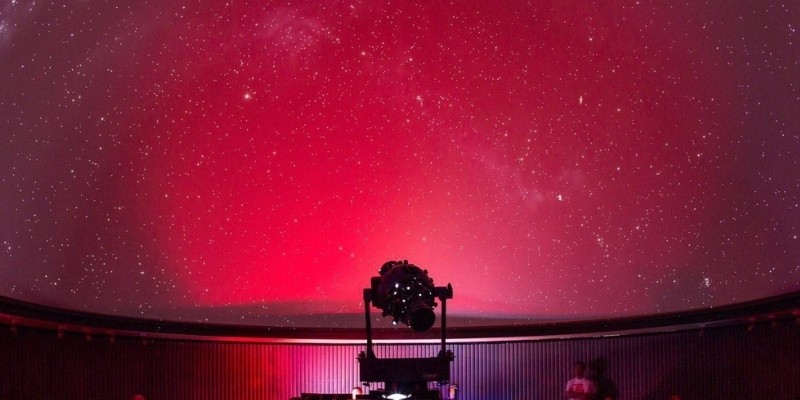 To further keep you safe, the Bishop Museum of Science and Nature has improved our sanitary procedures and installed hand sanitizing stations throughout the campus, including Hawaiian Hall, Castle Memorial Building, and Science Adventure Center.

The planetarium at the Bishop’s Museum was the first planetarium in Polynesia. The Chronos II Star Machine is one of the brightest and most lifelike images of the night sky available today, with 8,500 accurate star points and realistic bright planets.

The Digistar full-dome video system covers the entire dome in the immersive video, allowing us to fly through Saturn’s rings or into the depths of the Orion Nebula. Planetarium specializes in Hawaii programs.  The hallmark of his programs is the mix of live and pre-recorded elements in each program.