Home Exhibitions The Divine Assembly of Raphael’s Madonnas opened the year dedicated to the... 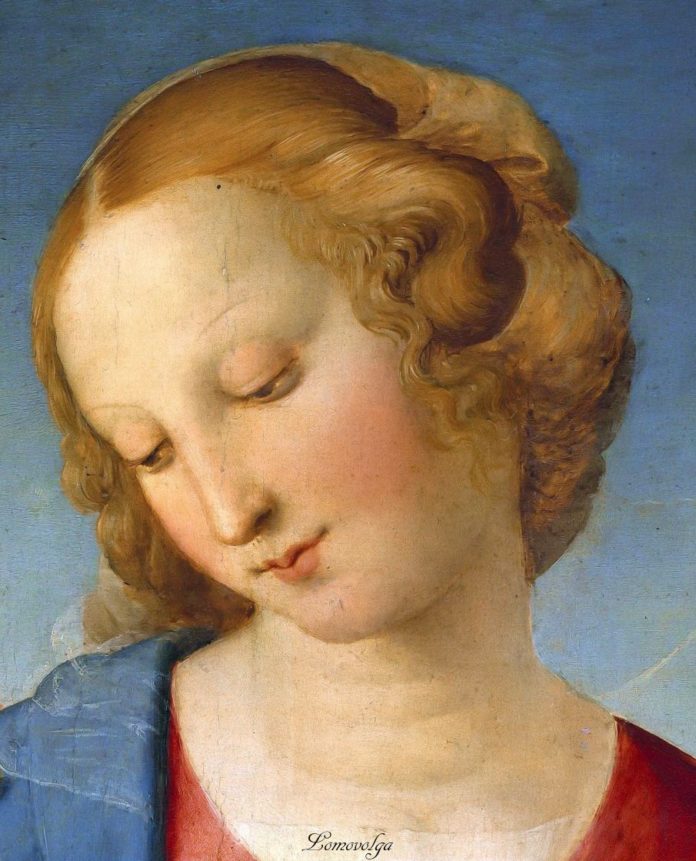 Seven Madonna Raphael are gathered in one room at the Berlin Art Gallery. This exposition began a series of shows dedicated to the 500th anniversary of the Italian Renaissance master’s death. Rafael died just a year after Leonardo da Vinci, on whose similar anniversary exhibitions around the world were timed to coincide.

The Picture Gallery is part of Berlin’s state collections, which house five Madonnas, painted by one of the pillars of the Renaissance. They all date from the early 16th century, but are rarely seen together.

Another “guest” arrived at the museum to participate in the exhibition, the “Madonna with Carnations”, which is also one of Raphael’s most famous works. The National Gallery in London first sent the painting on a trip since it was purchased in 2004.

In this work, Raphael turned the familiar theme of the Virgin and Child into something completely new. These are not rigid and formal figures, as in the works of earlier artists. The characters show all the tender emotions that we expect from a young mother and her child. The couple sits in the bedroom of an Italian Renaissance palace and exchanges carnations, which symbolize the divine love and Passion of Christ (his torture and crucifixion).

This little picture probably should have been held in the hand during prayer and contemplation. A manuscript catalogue dating from the early 1520s states that it was created for “Maddalena della Oddi, Nuns of Perugia. It is a free interpretation of Leonardo da Vinci’s Madonna Benoit, kept at the State Hermitage in St. Petersburg. For more than a hundred years it was considered a copy, but in 1991 it was again recognized as an original creation by Raphael.

According to the curator of the exhibition Alexandra Enzensberger, the “Madonna with the Carnations” was to be “registered” in the capital of Germany. “This work was almost bought in 1827 for the planned museum in Berlin, but then it was considered too expensive, and therefore it did not appear in the collection – said the expert to the publication Artnet News. – Thanks to these Madonnas, we will be able to better understand the development of Raphael as a master before his Roman period and at the same time tell the history of the collection, the history of successful and unsuccessful acquisitions, to show the changing views of the artist.

Another center of the exposition was the tondo “Madonna Terranuova”. It can be seen for the first time next to the preparatory drawing of Maria’s head made by Rafael, which was provided by the engraving office. The “Madonna Terranuova” was the most expensive acquisition of Prussian kings, who seem to have been obsessed with the Italian master and bought five of his paintings between 1821 and 1854.

“The show gives an accurate picture of Raphael before he became a star artist at the Vatican,” said Michael Eissenhauer, director of the Picture Gallery. A small exhibition dedicated to the young Raphael precedes two larger exhibitions, marking the beginning of 2020. On January 14, the museum opened a display of etchings by an 18th century artist Johannes Riepenhausen, who documented the life of Raphael. Then, on February 28, another public institution, the Engraving Cabinet, will showcase its collection of Raphael’s masterpieces, which includes the artist himself and several of his students who are rarely shown.

Raphael was born in 1483 in Urbino, Italy, and died suddenly in Rome at the age of 37 for an unknown reason. Some Roman historians, including the painter and writer Giorgio Vasari, considered Rafael a “divine” painter because of the widespread belief that he was born and died on Good Friday (some dispute the date of his birth), as well as because of the large number of paintings on religious themes.

After the exhibitions in Germany, the main show dedicated to Raphael will open. It is a blockbuster in the Scuderie del Quirinale Gallery in Rome (March 5 to June 14, 2020), created in collaboration with the Uffizi Gallery in Florence, which will provide works for the show.

Another important point will be the Ambrosian Library in Milan, where Rafael painted the fresco “Athens School” in 1509.

On 3 October a major exhibition dedicated to the artist will open in the National Gallery of London, which owns 11 paintings by Raphael. Paintings for this exhibition will provide the Louvre, Vatican Museums, Uffizi Gallery and National Museum of Prado.

The exhibition “Raphael in Berlin. Madonnas from the Picture Gallery” exhibition will run until April 26.